It’s hard to tear myself away from the magical Zebrabar and the fun city of Saint Louis, though I must get to Dakar to extend the temporary import permit for the Jeep. I drive right into the central square of the city, find the right office and have everything sorted out in less than an hour.

I walk onto a ferry over to the beautiful and deeply moving Island of Gorée for a day trip. From the 15th to the 19th century, it was the largest slave-trading centre on the African coast, run by the Portuguese, Dutch, English and French. Visiting the memorials and historical sights is fascinating and troubling at the same time. It’s hard to come to grips with how people could do such things to each other.

World leaders from all over the globe have visited the island, and their inspirational quotes for a better future are a shining light in the darkness.
(I didn’t take my camera onto the island, something I regret) 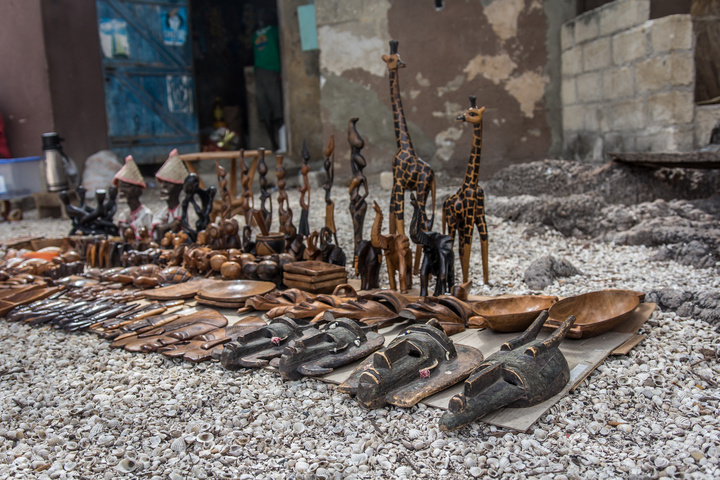 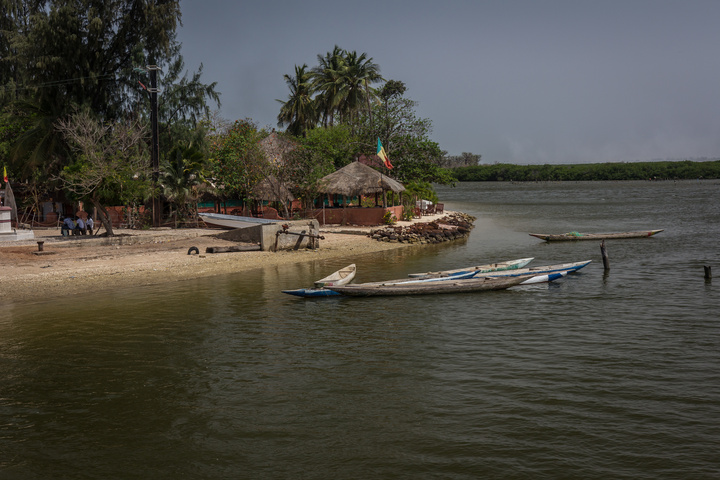 Paradise near the Joal Fadiouth bridge 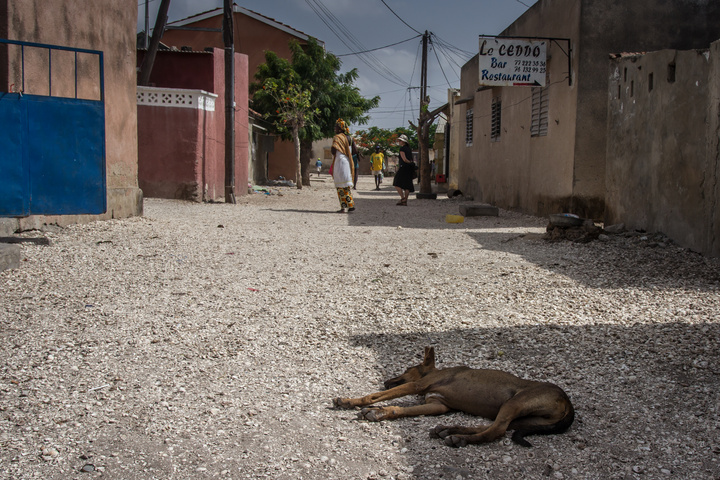 Taking a break in the shade – I know the feeling

I stop overnight in the dual towns of Joal Fadiouth, camping in the grounds of a Catholic Mission run by some very friendly nuns, working tirelessly. These towns are famous for the way Catholics and Muslims live together peacefully, so much so they have a communal graveyard where the dead are buried side by side, regardless of religion. 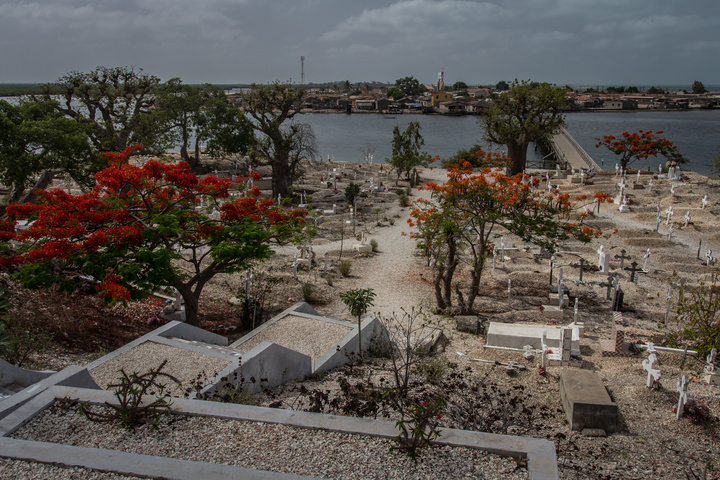 The graveyard at Joal-Fadiouth has both Catholics and Muslims. 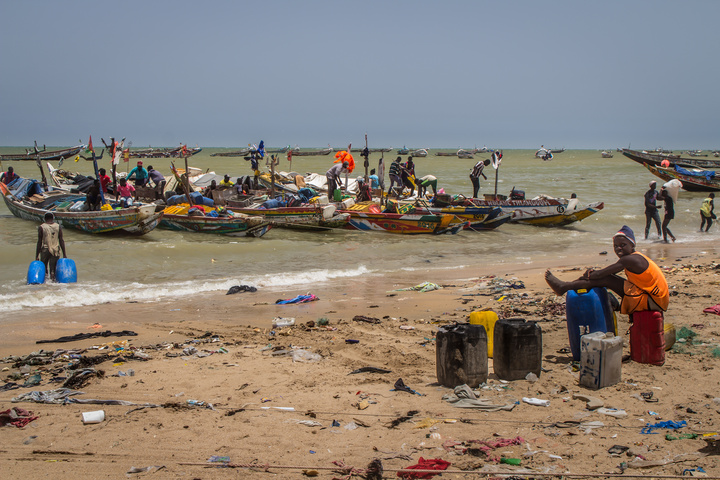 The fish market in Mbour is overwhelming and jaw dropping. Hundreds of people are working among massive piles of trash and rotting fish. Every aspect of a fishing port is here, right out on the sand. From the guys actually manning the huge wooden boats and catching fish, to people selling ice, unloading fish, buying fish, gutting fish, smoking fish, repairing nets and boat engines, building boats, cooking food and shack houses.
At times the stench is overpowering. 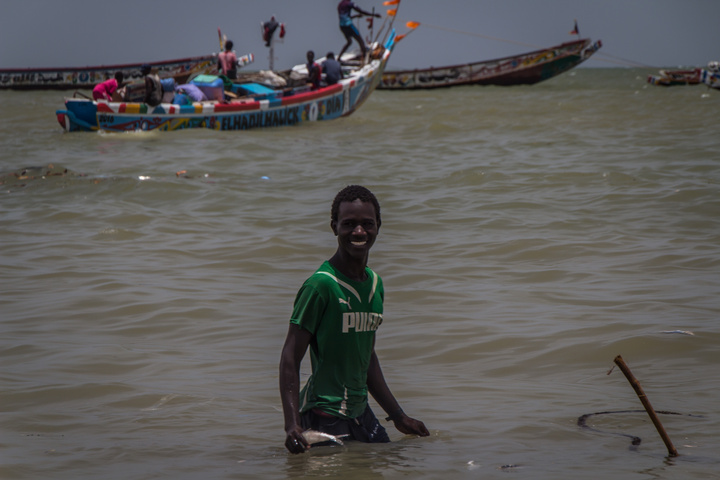 The constant heckling by “guides” starts to wear me down. Since Morocco every time I step out of the Jeep I’m surrounded by people insisting they are part of a “Community Development Fund” or a “Co-operative” and it’s mandatory that I pay them to be my guide. It doesn’t matter how many times I say no thanks, or how many times I insist I just want to walk around quietly by myself. Inevitably they follow me tirelessly, the entire time talking extremely loudly at me. Eventually when we return to the Jeep the demand comes for money, and it’s always “pay what you want”, which is of course never enough, and there is a lot of guilt thrown my way.
I wish I could be left in peace, though I understand that is simply not going to happen for the next many months of my life. 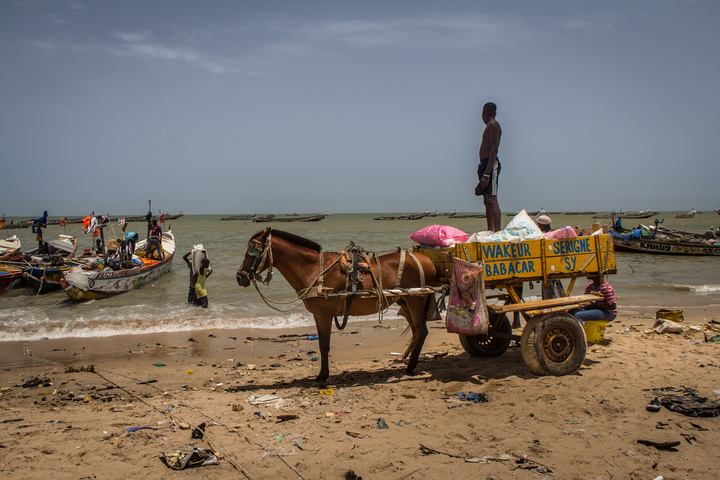 The ice delivery cart prowling up and down the beach 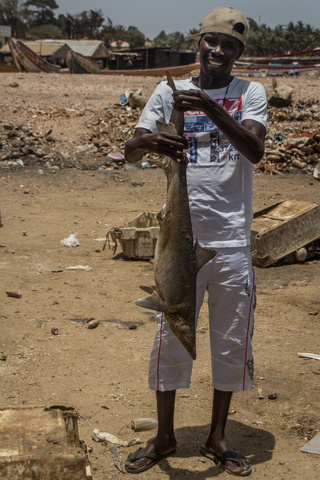 I eventually find my way down to the paradise of Palmarin. With white sand beaches, palm trees and tons of friendly people, I think I might stay a couple of nights. 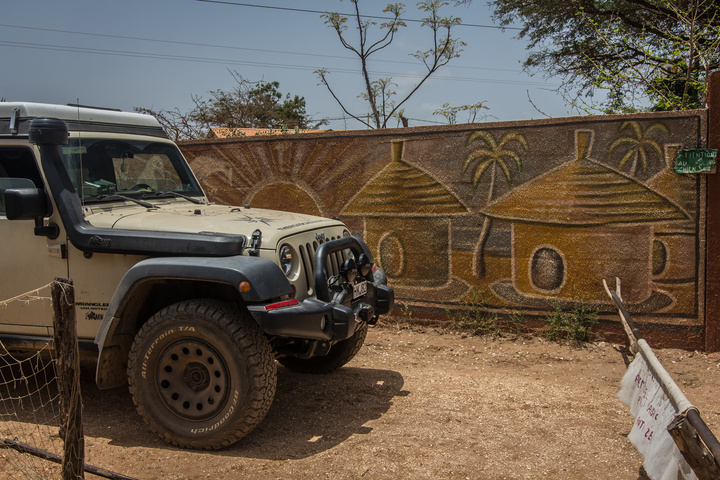 The camping place at Palmarin 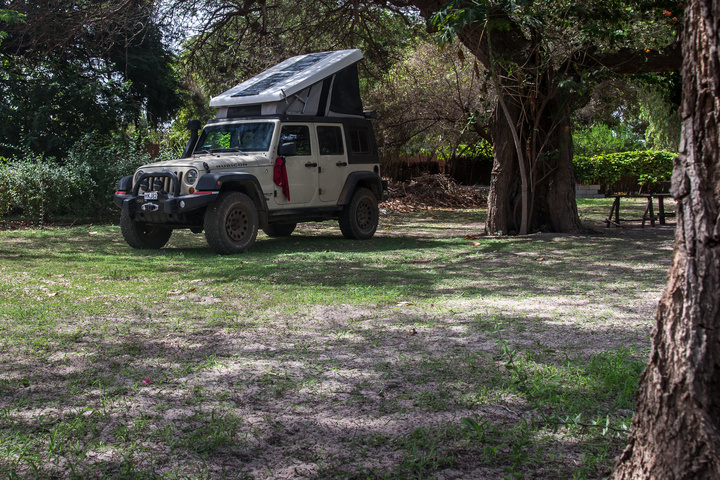 My campsite in Palmarin – 200 yards to the beach

Crossing The Congo: Over Land And Water In A Hard Place
by Mike Martin, Chloe Baker, Charlie Hatch-Barnwell
From $32.5From CAD$32.62From £17.19