When I arrived at Denali National Park, I’ll admit I was a little hiked out after trying my best to keep up with Thomas and Roland. It seemed the thing to do was pay somewhere between $30 and $60 to ride a tour bus down the private road deep into the park. The bus ride took from 6 to 10 hours return because it stopped every time an animal was spotted and from all reports, that was very often.
If you were adventurous, you still paid to take the bus, but then you paid more to get a back-country camping permit and spent a night or two in the park, which all had to be booked ahead because the park is constantly full to capacity. 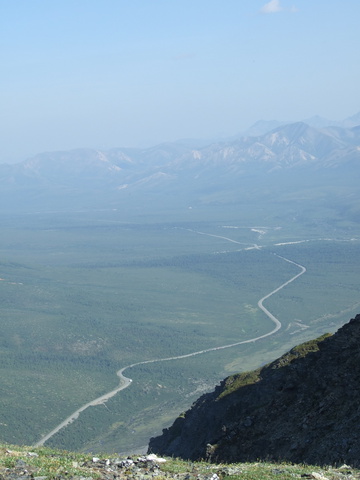 Riding the bus did seem like a very good way to see a whole lot of wildlife for absolute minimal effort, but it just wasn’t my scene. I drove 15 miles into the park, where the public road ends and found a nice mountain to hike up. The one strange thing about Denali is they actively encourage you to go anywhere you like. “There’s no path there, but you can just bush whack up”.

There are many fires blazing across Alaska right now and some of the largest are just north and west of Denali – this means the entire region is covered in a smokey haze that hides all the mountains. I did get a decent view of McKinley a couple of times, but the camera couldn’t see it.

I drove south, through Anchorage heading for the small fishing community of Seward. The drive down was absolutely amazing with the road hugging the ocean on one side and snow and glacier capped peaks on the other. The haze had followed me though, so photos didn’t work out. I was on a hiking binge so couldn’t pass up an opportunity to hike up Exit Glacier which leads up to an enormous ice field. 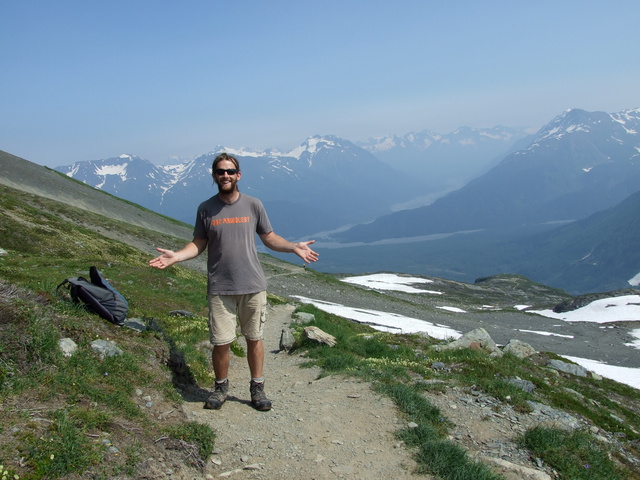 The hike was great and I spotted a Grizzly Sow and cub playing in the sun about 50 meters away across a gully – it was really cool to watch them meander along without a care in the world. 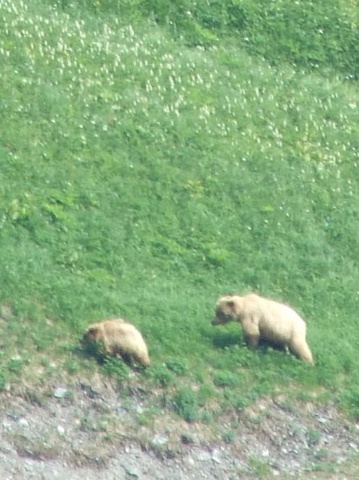 The town of Seward was pretty cool too – it was a genuine fishing port with everyone running around the docks dealing with the ships that had just arrived in the late afternoon. The waterfront reminded me of countless little coastal towns in Australia, the smell of the ocean and fish, the sounds of sea gulls, the fishing boats – except of course the ever present towering snow-capped mountains 😉 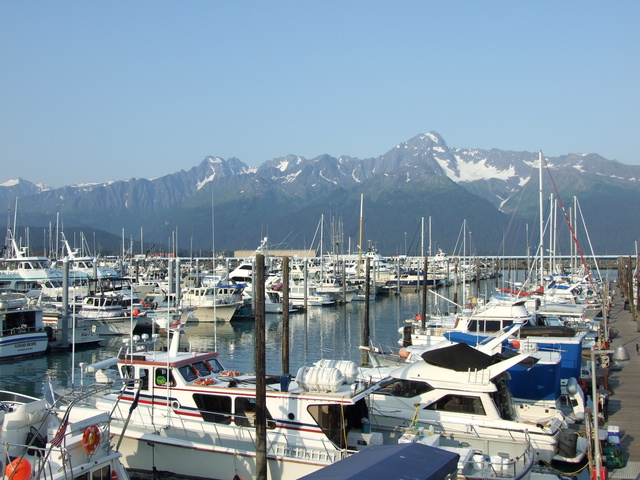 I found my way to a little waterfall near the convergence of the Russian and Kenai rivers where salmon congregate as they try to make their way upstream to spawn. I was making lots of noise clapping and yelling but somehow I still managed to almost walk into a grizzly sow and her two cubs down by the river. About eight meters separated us – much too close for comfort – as I started to back away slowly. When she realized I was there she was more than happy to walk away, as was I. Lucky.
Hiking the 2.3 miles back in the very dim light I jumped at every shadow and sound in the woods.

Shooting fish in a barrel?

The next morning I parked myself at the falls with a book and comfy chair hoping to catch sight of a bear fishing, this time from a much safer vantage point. While no bears came around that day, I did chat to some locals who had special fishing allowances because they need the fish purely for food. They scooped out the salmon in nets and proceeded to filet them right there on the shore of the river – I’ve never seen fish that color before, it was really cool.

As you might have guessed, this was a very popular fishing spot. 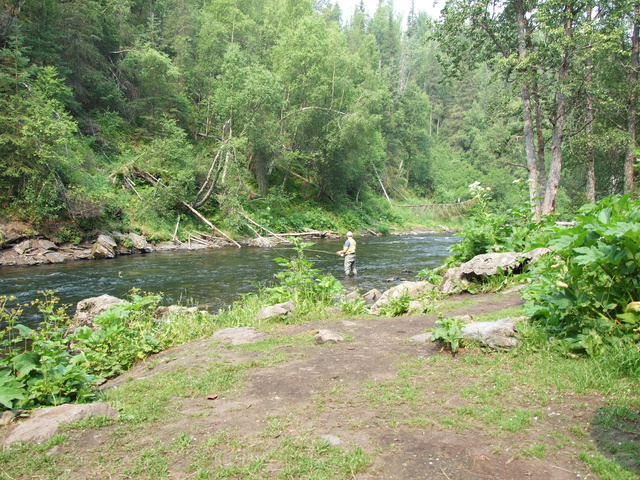 Alaska continues to enthrall me.