The Otjitotongwe Cheetah Guest Farm is a private ranch setup to preserve the Cheetahs in the local area. Unfortunately the wild Cheetahs like to snack on livestock, so whenever possible farmers kill them. In an attempt to prevent their demise, the owner here takes them in to care for them. It’s clearly expensive to keep them all housed and fed, so the place is open to visitors and there is even a great campsite on the property where we setup for the night. 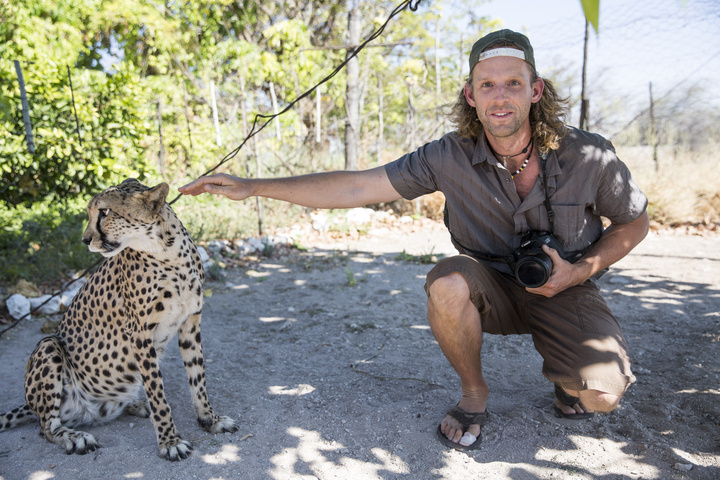 At the start I am nervous! 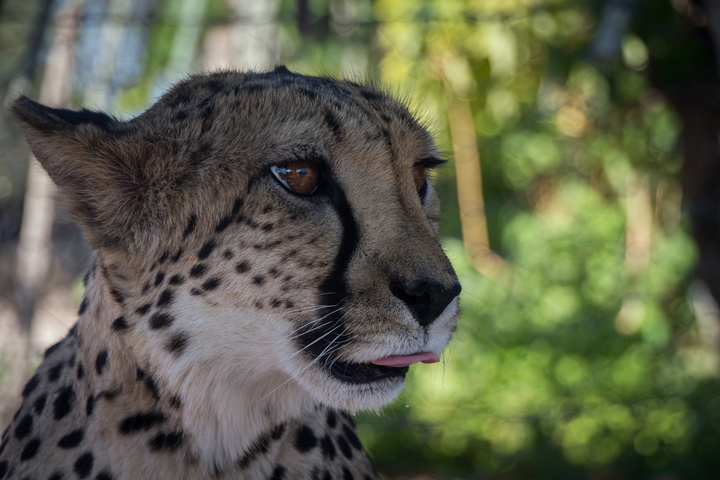 The owner keeps a couple of the older Cheetahs inside in the fence around his house – they are basically house cats, just oversize. It’s surreal to be so close to such a large predator and I’m shocked when the owner encourages us to pet and stretch their heads and ears. He explains they don’t like to be rubbed on the belly or to feel trapped, so we should just give them a little respect. We have also taken off our sunglasses because they apparently don’t like the reflections and might attack. 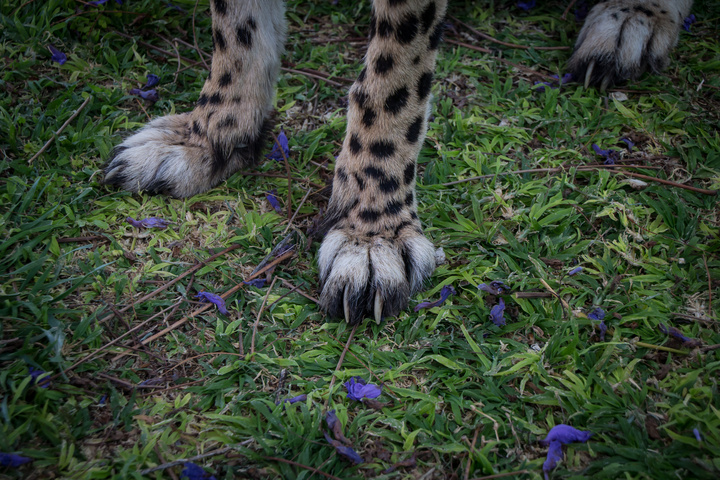 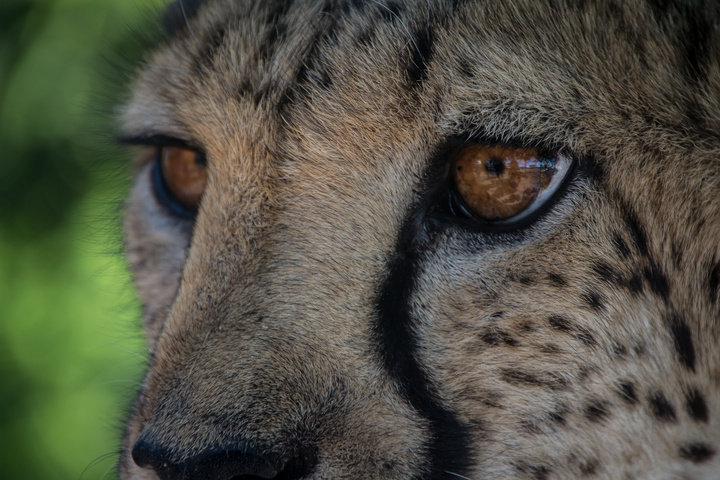 Close up they are full of intelligence

One cheetah in particular liking to me and licks the sweat off my arm for ten minutes, completely unfazed about me rubbing and petting him. Their claws and teeth are massive, and they behave just like housecoats – at times content to be scratched and purring very loudly, then getting irritable and walking away for a stretch. The owners son and small dogs walks among the Cheetahs without worry, though the owner tells me if they were unknown dogs the Cheetahs might see them as food, and he does keep a close eye on his son around them. 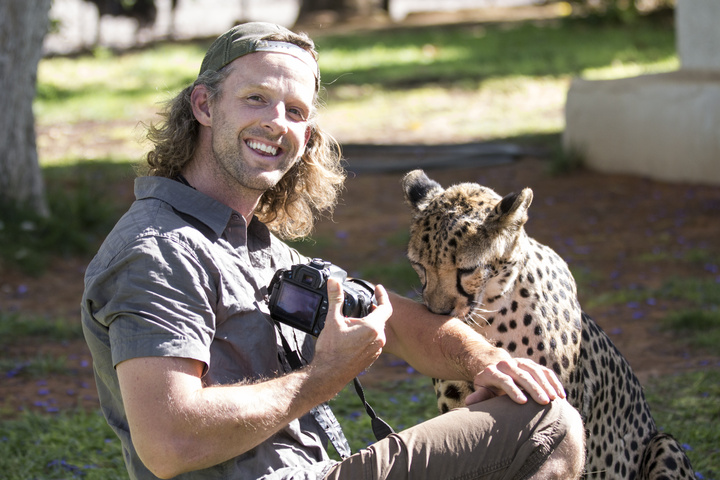 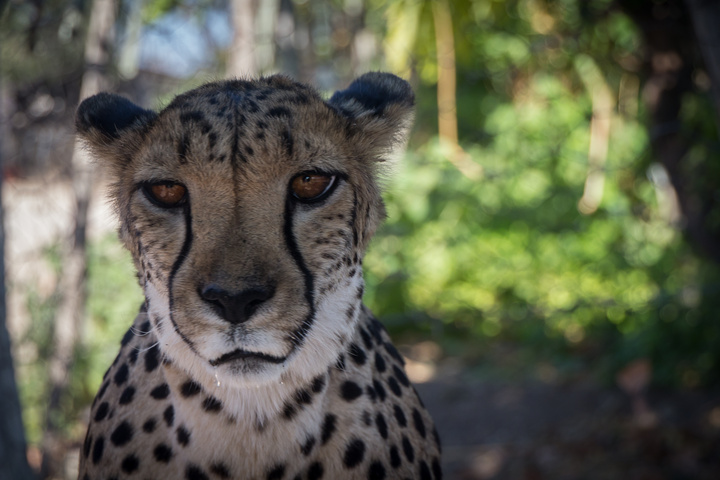 The eyes are stunning 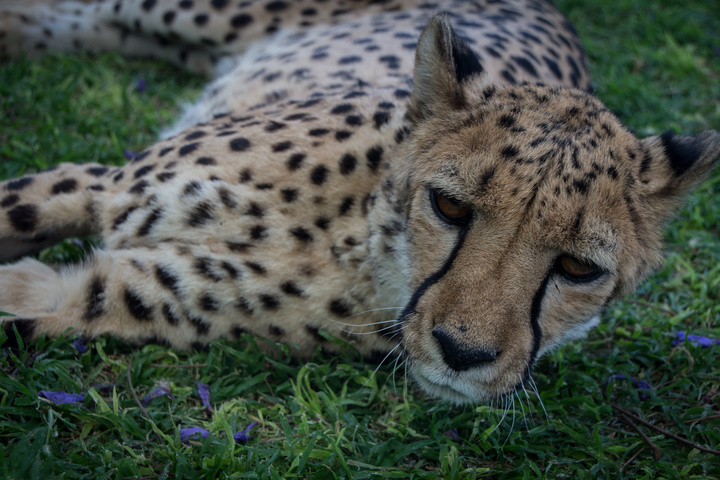 We sit with them on the grass behind his house for half an hour. I thoroughly enjoy lying on the green grass while they walk around me, rub against me and even lie down half on top of me. Never once to I worry they are even the slightest bit aggressive.
When the owner feeds them chunks of raw meet he tells us not to approach – we wouldn’t want to start a fight about ownership of the food. 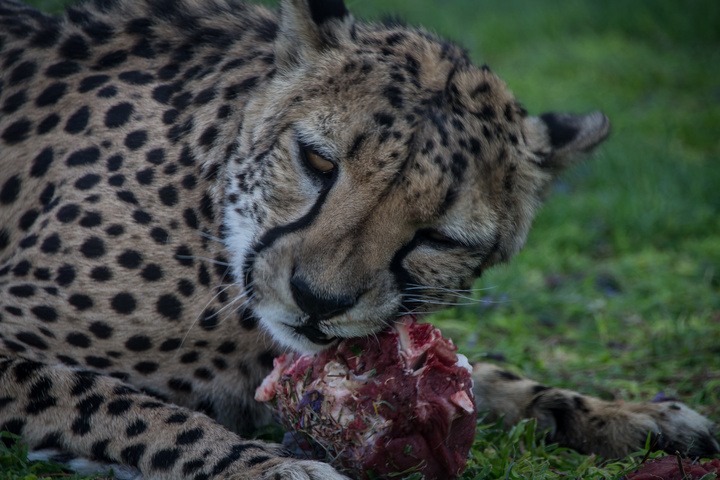 It was very possessive of the meat

There are also handful of “wild” cheetahs in a massive enclosure on the property, and we go there to feed them. We’re in the back of the pickup, and the owner stops whenever we spot one to feed them raw meat (most of a sheep, from what I can tell). These ones are very aggressive and spit, snarl and bluff-charge the owner. He knows them all well and knows which ones he can’t take his eyes off.
Walking around at ground level he only carries a stick for protection – I decide I wouldn’t get off the pick-up if you paid me. 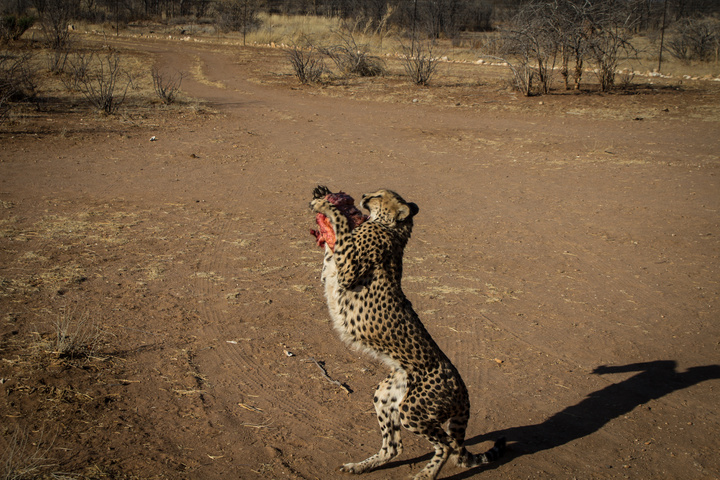 Catching dinner right out of the air 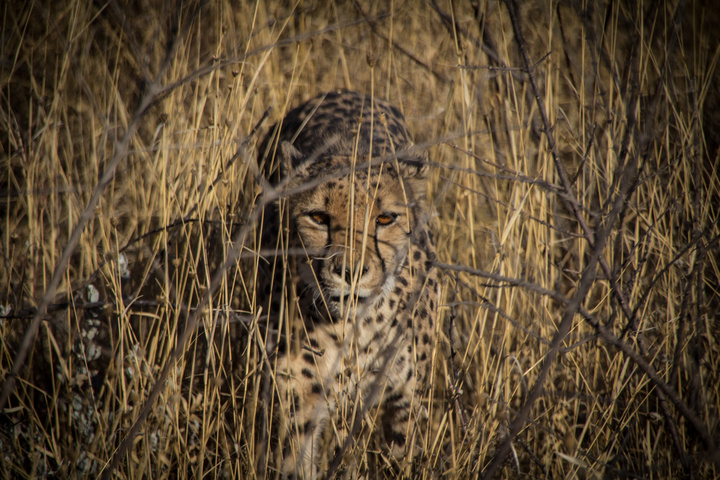 The Camouflage is very impressive. I do not want one to stalk me

Scratching a cheetah behind the ears and hearing it loudly purr is something I won’t soon forget. 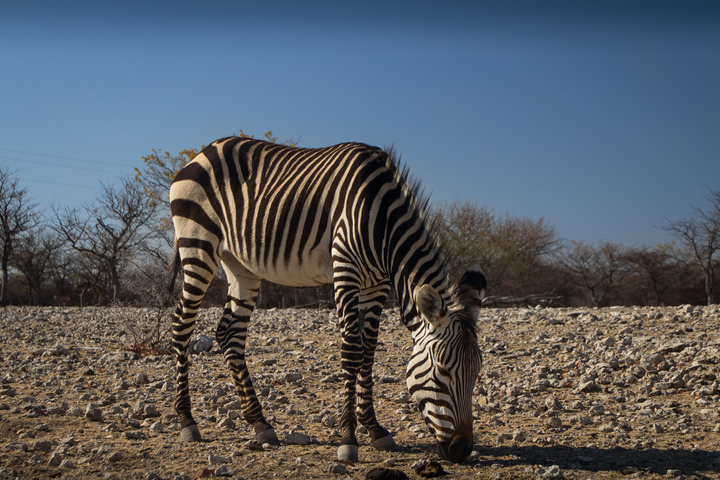 Random Zebra. I have no idea if it’s slated to be dinner…

First Overland: London-singapore By Land Rover
by Tim Slessor
From $15From CAD$22.5From £9.69