My Trangia Lightweight Backpacking Alcohol Stove has been reliable for 8+ years. From $62.99 From CDN$131.9 on Amazon

To protect the engine I'm running a Rugged Ridge Engine and Transmission Skid Plate. From $299.24 From CDN$407.56 on Amazon

Driving the last few miles is hard to believe.

After 32,000 miles through 21 countries in Africa, we have reached the Southern tip of the Continent and the official half way point of the expedition! 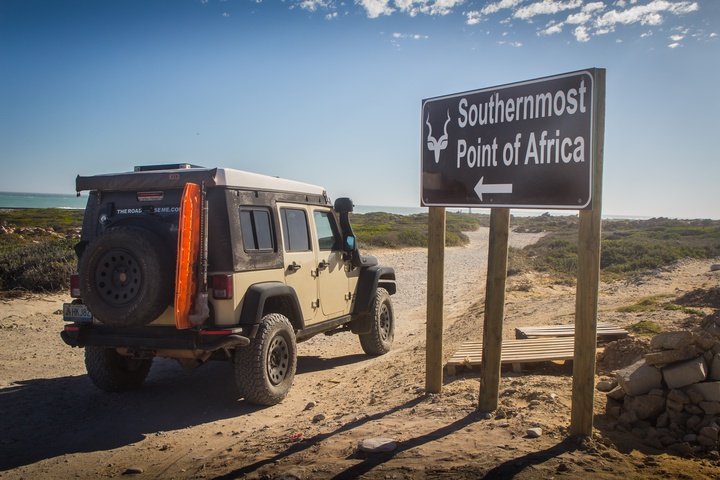 I drive the Jeep right down to the water, so it’s literally impossible to drive any further South before posting for a few photos and some celebration fist pumps. 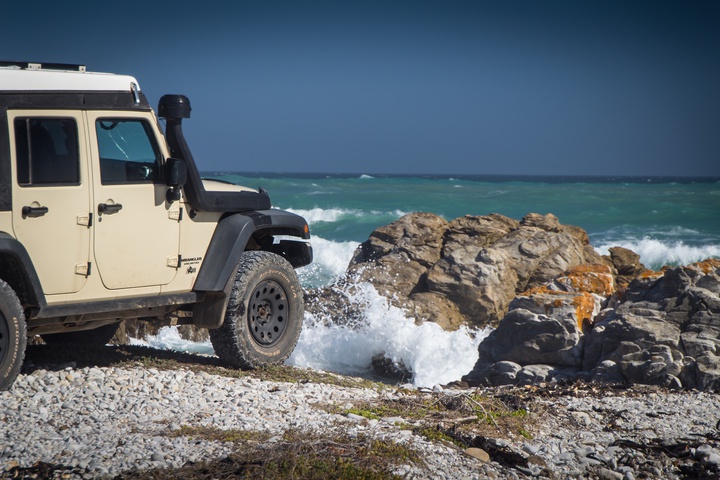 End of the road

Land does not go further South

There are a couple of signs worth posing under, and a huge new monument is being built with a monster map of Africa set in stone.

Less than three hundred yards after leaving the monument a tourist in a little rental car reverses straight into the Jeep – the first “car crash” of Africa. He puts a huge dent in his rear tailgate, though there is barely a scuff on the front bar of the Jeep. The guy is clearly embarrassed and apologizes profusely, though I tell him not to worry about it.
Given today’s achievement, it’s not important. 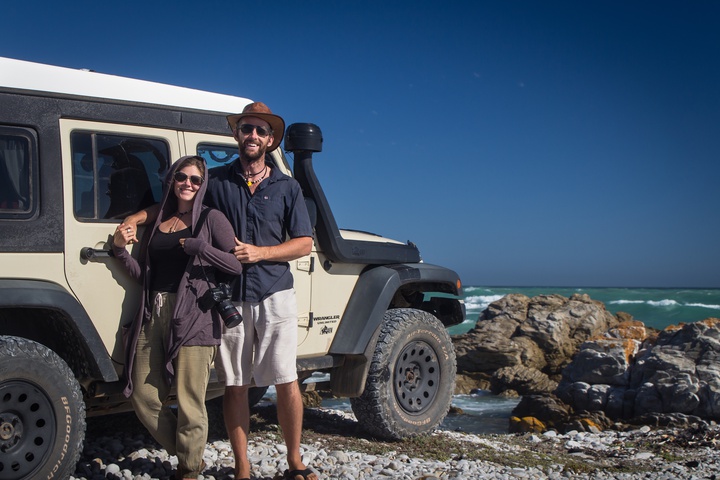 Together at the end of the world 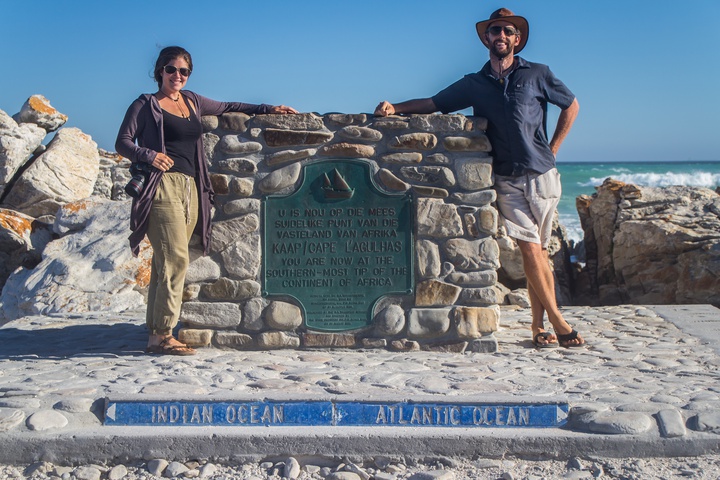 Em and Dan at the monument

Cape Agulhas is a beautiful little ocean-side town, and sits right on the tip where the Indian Ocean means the Southern Atlantic. The temperature difference between the two is staggering, and when standing on top of the hill in town the colour difference is easy to spot.

We love the little town so much we stay a couple of nights, and even rent surfboards and jump into the Indian Ocean two days in a row. With a thin wetsuit it’s perfectly warm, and the waves are just right for us to continue to learn – we’re only beginners. 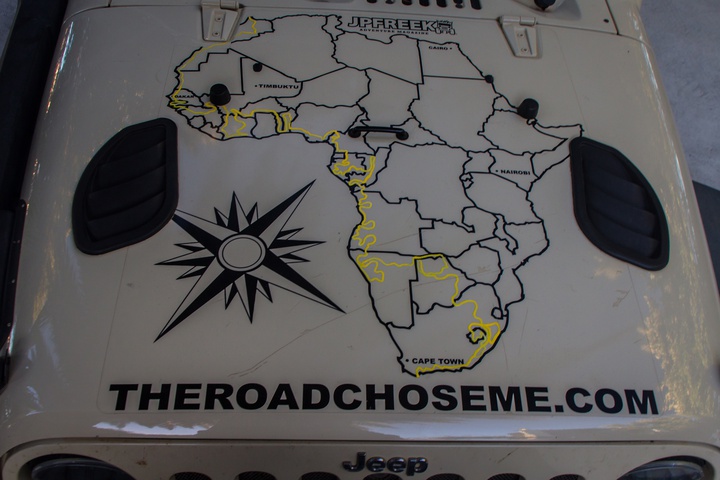 The map on the hood at the halfway point

Now we’re setting out to drive roughly 40,000 miles through 12-15 countries over the next 12 months on the way to Cairo in Egypt in the extreme North East of the continent.

From here, it’s all North.

PS I have recently completely a huge round of “half-way” maintenance and upgrades to the Jeep to prepare for the upcoming East Coast. Full details and a ton of pics are coming soon.

Crossing The Congo: Over Land And Water In A Hard Place
by Mike Martin, Chloe Baker, Charlie Hatch-Barnwell
From $30.73From CAD$40.61

To protect the engine I'm running a Rugged Ridge Engine and Transmission Skid Plate. From $299.24 From CDN$407.56 on Amazon