I use Hoya Circular Polarizing Filters on my lenses. From $72 From CDN$84.21 on Amazon

I have had a lot of locals recommend the trek into Sandwich Harbor, South of Walvis Bay. This is the famous part of the Skeleton Coast where the enormous sand dunes drop directly into the crashing ocean, one of the few places on earth where that happens.

We stop in town to grab a permit and head off in the early afternoon, not really knowing what to expect. South of town when the road ends I air down to 12psi and attack the dunes in low range 4×4. Following other people’s tracks the Jeep does great, though on a couple of the steeper ones the weight is against me whenever I venture out on my own. Even with both lockers, I just dig trenches and don’t climb. 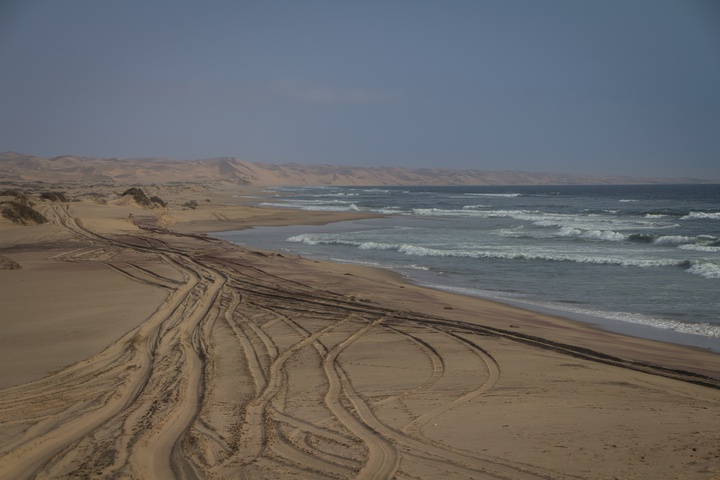 Tracks to the dunes

After a lot of searching and struggling to find the right tracks, we navigate a huge section of smaller dunes in from the ocean. It’s great to explore and feel as if we’re all alone out here – in fact we don’t see another vehicle for hours and hours.

Finally we burst out onto the coast and make a snap decision. Because it’s late in the day we don’t have time to venture into the monster dunes and all the way into actual Sandwich Harbor, so we follow the coast, picking our way among smaller dunes, eventually reaching the point where the massive dunes dump right into the crashing waves. 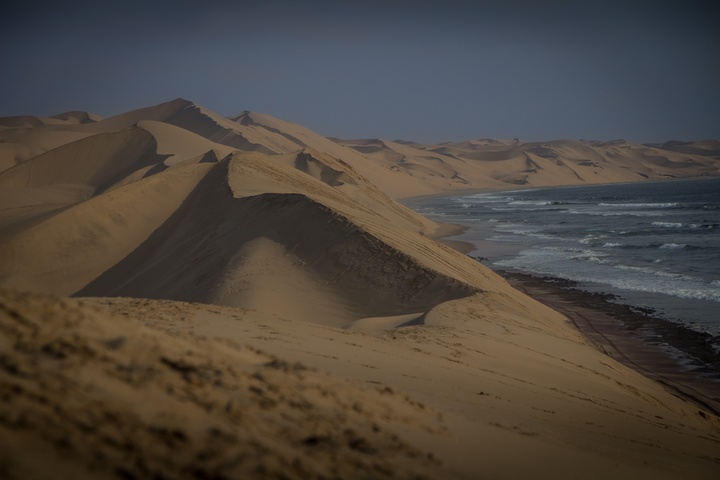 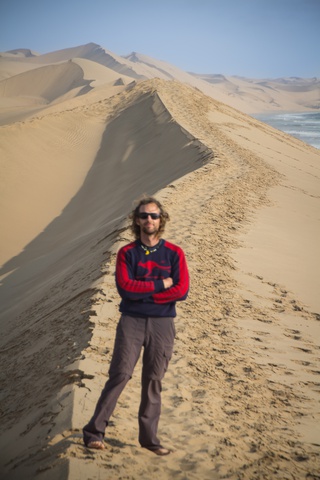 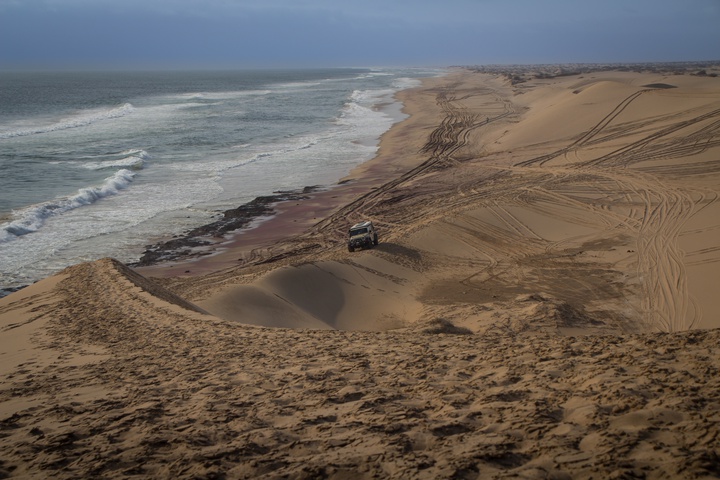 View back from on the dunes 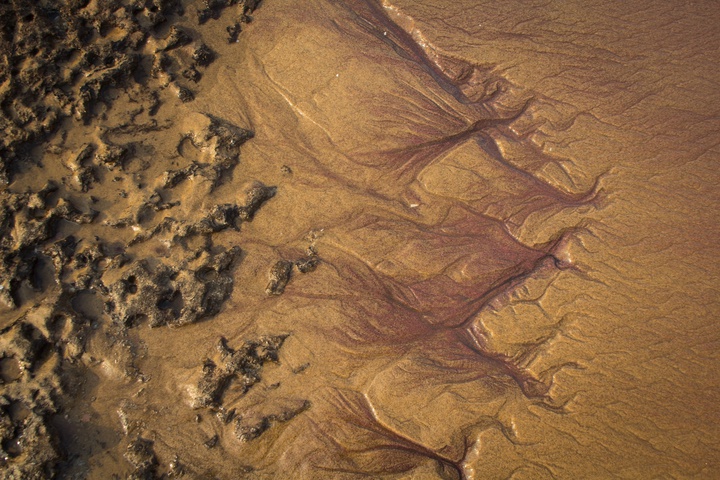 Patterns on the beach

Knowing the tide is on the way out I push my luck and drive right down on the wet sand, between the massive dunes and the crashing waves. It feels extremely committing, and when I reach the very end I’m happy to turn around and come right back out! 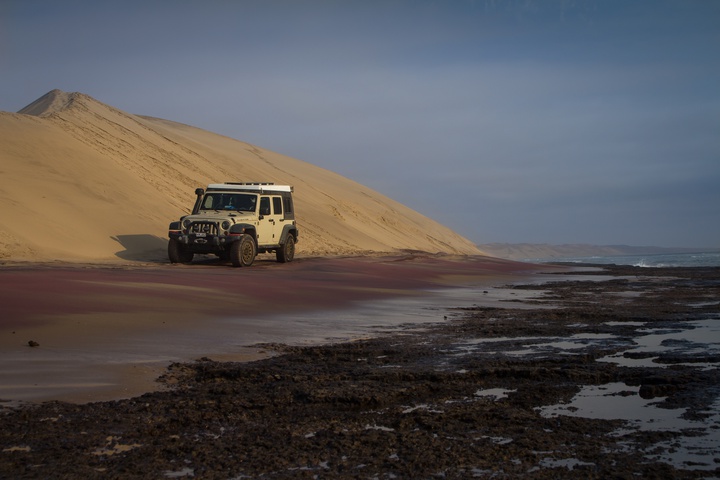 Hopefully the tide is going out…. 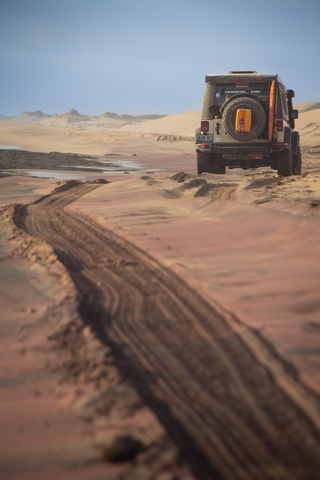 Tracks between the dunes and the ocean 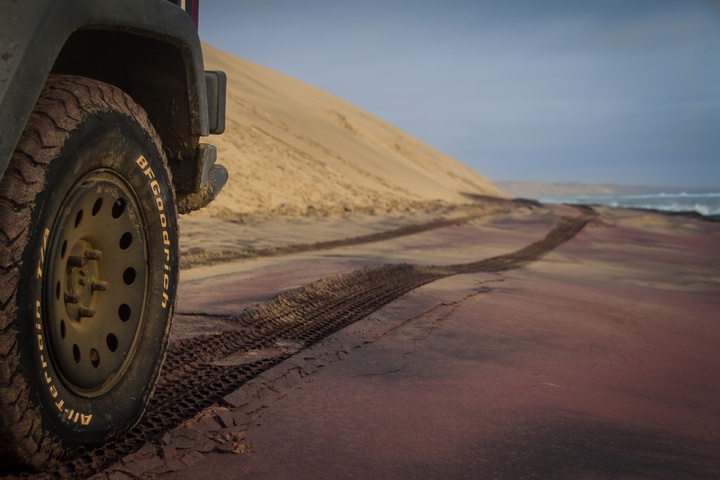 Making tracks with the KO2s

This is a place I won’t soon forget.