While driving North in 2009 it was a hard decision between The Dalton Highway in Alaska and The Dempster Highway in Canada. Both push deep into The Arctic Circle, and I had been told they are equally beautiful. At the time I chose the Dalton mostly because it goes slightly further North, actually all the way to the Arctic Ocean, unlike the Dempster which only does so in winter on an ice road. Driving from ocean to ocean seemed like a good idea as any.
Now, three years later, an opportunity presents itself and I’m more than ready to take a look at Canada’s most Northerly road.

Brett and I head of in his faithful 4runner, primarily looking for Caribou that have been known to cross the highway at this time of year. We’re hunting to stock the freezer for the winter, and going for an amazing camping trip.

After bacon and eggs at the Dempster Corner turn we turn onto the gravel highway, which at this point is wide and good quality. Only 70kms North we come to Tombstone Territorial Park, an extremely beautiful mountain range chock full of various animals. It’s a beautiful blue sky day, and we’re eager to keep moving North. 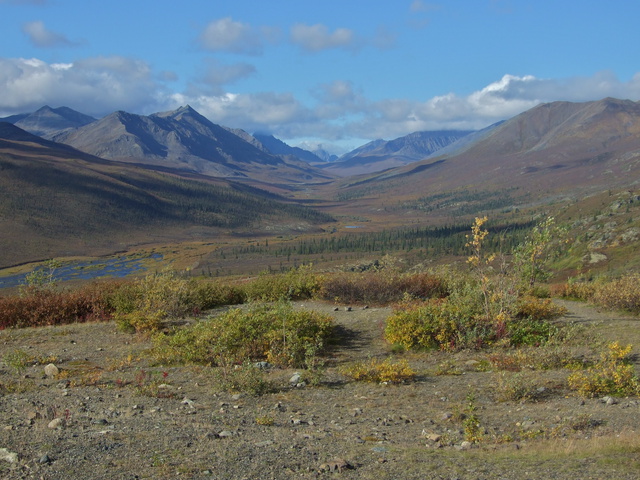 The kilometers tick away, as we pass beautiful mountains, rivers, lakes and untouched wilderness. The highway itself is mostly good quality gravel, though it has patches of nasty sticky mud that would be a handful on two wheels.

We push on to the small lodge at Eagle Plains, the sole outpost on the entire 740km highway. The gas is expensive, and the coffee stale, though we happily buy both and try to strike up a conversation with the suffering-from-isolation proprietor. 40km further North sees us arrive at the boundary of The Arctic Circle, the second time I’ve crossed the imaginary dotted line on the ground. We stop for the obligatory photos, and while glassing the slopes Brett spots the biggest grizzly bear either of us has ever seen. We watch him for 20 minutes, as he wanders around a large grassy clearing, enjoying the warm midday sun as much as we are. Due to the distinct lack of Caribou, we discuss the idea of stuffing the bear into the freezer. While I feel OK with hunting game animals, I have no desire to kill a beautiful bear. Not to mention he’s enormous and the potential for trouble is high.
We continue North, and the bear keeps eating flowers & berries. 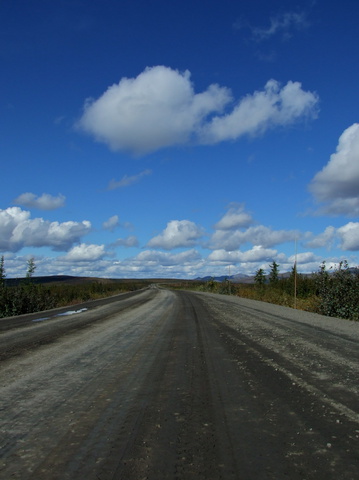 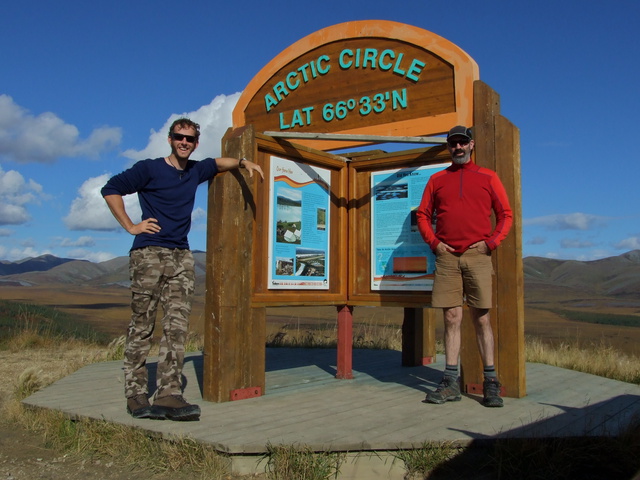 Immediately before the border with the North West Territories we start seriously looking for Caribou, and see absolutely nothing. It seems they’re not crossing the highway just yet, so we’re unlikely to get one. We set off on a hike that takes us high above the road, where the tundra and grasses are quickly changing to flame red. 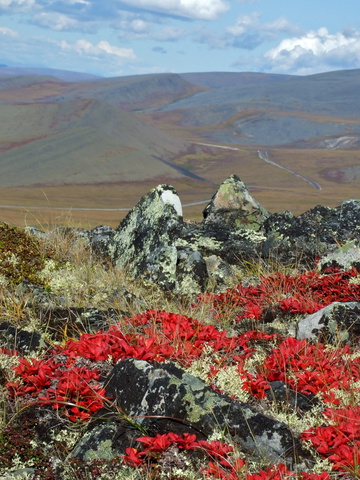 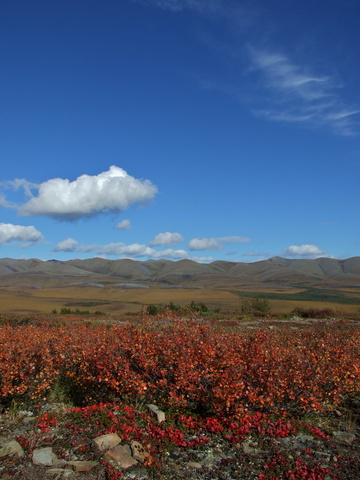 We camp a couple of nights on the highway, constantly looking for Caribou, but seeing nothing. A highlight early one morning is a grizzly sow and cub right on the side of the road. The sow watches us closely, while the cub romps around chewing everything he can find. 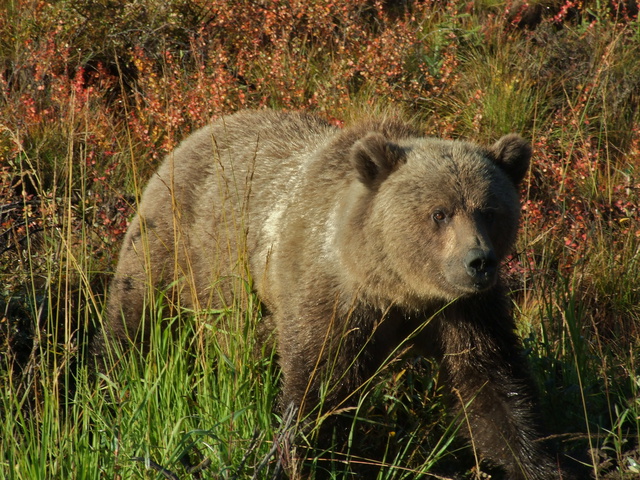 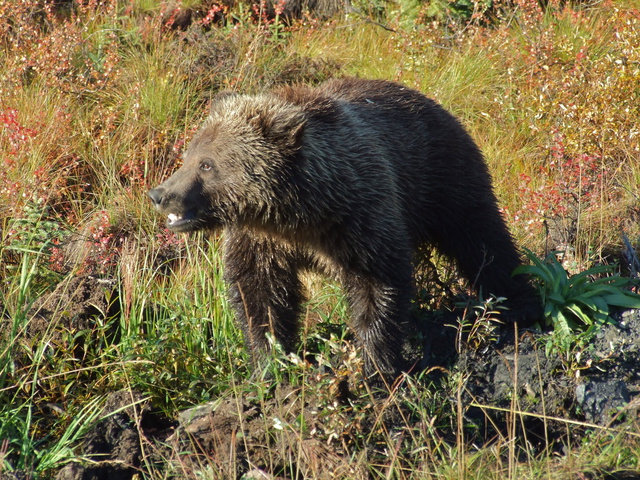 The Dempster Highway is spectacularly beautiful, I already can’t wait to return. Maybe in winter. 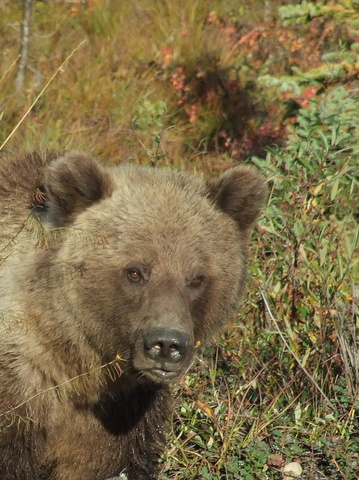