My Dual Batteries are isolated with a Painless Performance wiring kit. From $161.98 on Amazon

With the difficulties of the diesel engine, and the gut wrenching decision to buy another Jeep behind me, the path forward is clear – I need to move over as many modifications from the 2007 silver Wrangler to the 2011 Tan Wrangler as possible, and in my usual style I’ve set a timeline that means I have to do it fast.

Luck shines on me and I meet a new friend in Richard. If words could describe the perfect person I need to help, Richard is that person. Not only is Richard also a Jeep guy, he has a garage, tools, and wears a smile from ear to ear, with a rock-solid can do attitude. Nothing is too hard or time consuming for him, and nothing puts a dent in his good mood. It helps immensely to have Richard to bounce ideas off, and his expertise and ideas save the day more times than I can count. Many laughs were had building this Jeep in less than three weeks. 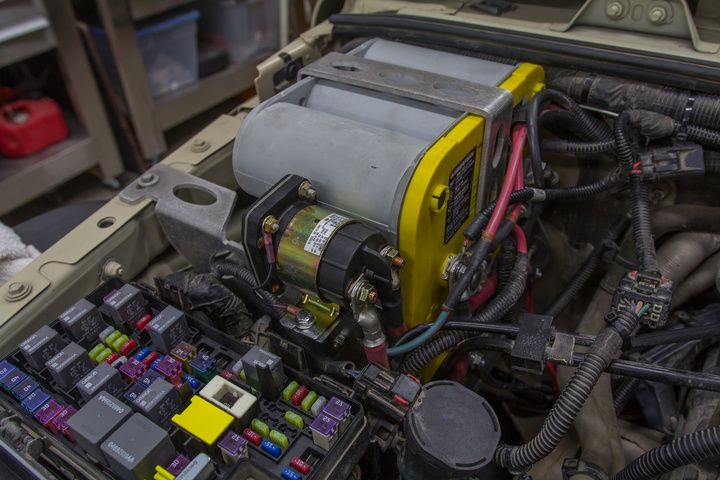 We added a Bolt Lock hood lock – which is extremely handy and uses the factory ignition key – and mesh to the front grill. 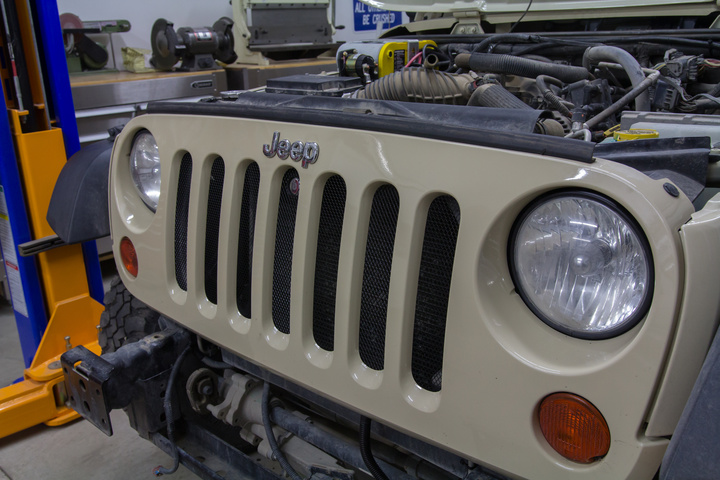 We mounted a Warn Zeon 10-s Winch with a Factor 55 flat link to the AEV front bumper with skid plate.

We moved over the AEV rear bumper and tire carrier 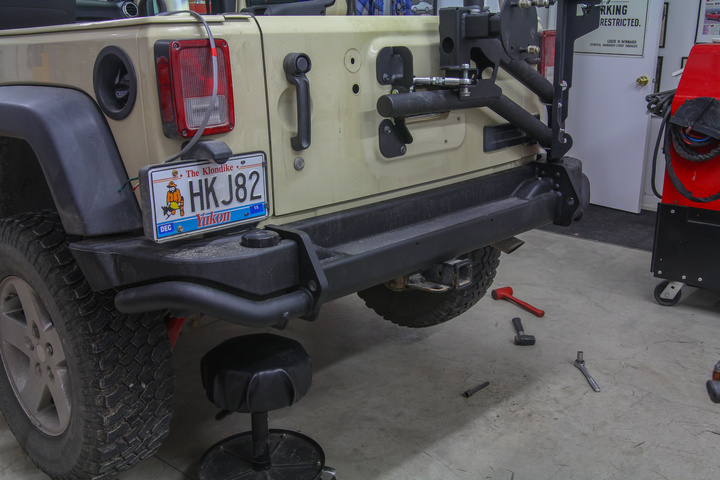 We stripped the interior in less than 10 minutes, moved over the custom roll bar and mounted the cabinets I made for the previous Jeep. Richard did all the welding, and showed me how to use the TIG. Richard also welded up a lock box cover for the rear cubby in the Jeep. We also mounted the Dometic CFX-35 Fridge behind the passenger seat once again. 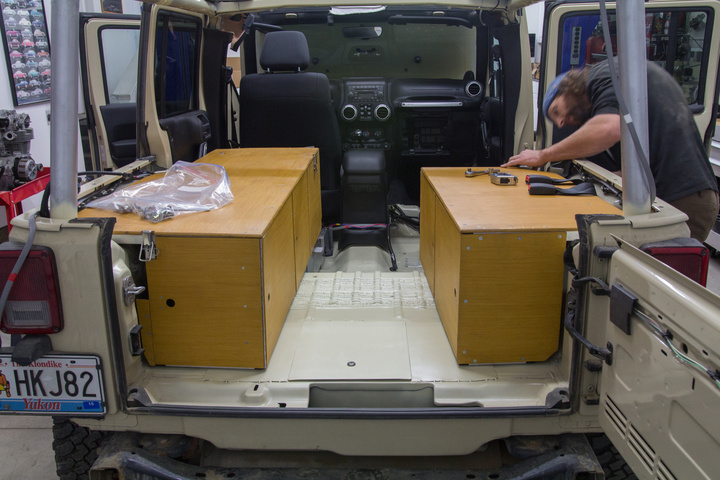 I’ve be warned I will encounter severe dusty conditions in Africa, so we installed an AEV Snorkel and Pre Filter. I measured 15 times before cutting the hole in the hood, and it’s perfect. 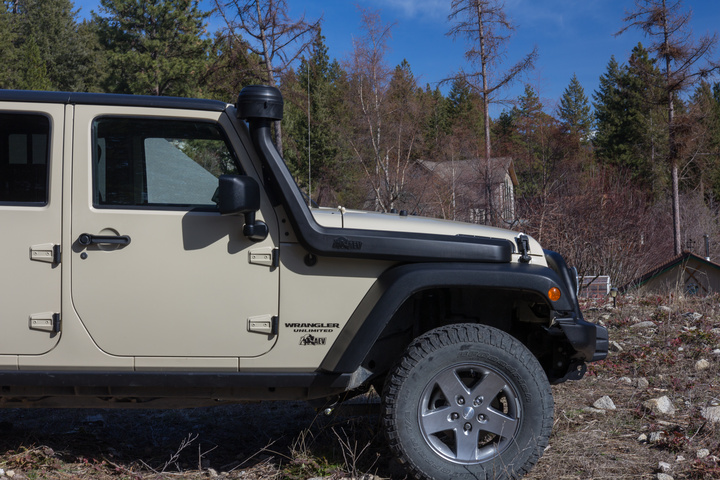 We installed a Tuffy Center Console and Steel glove box – both of which are extremely sturdy and will give great piece of mind in Africa. The console is extremely slick, replacing the rear half of the stock console with a solid steel box. It works out perfectly on the newer 2011+ Jeep interior. 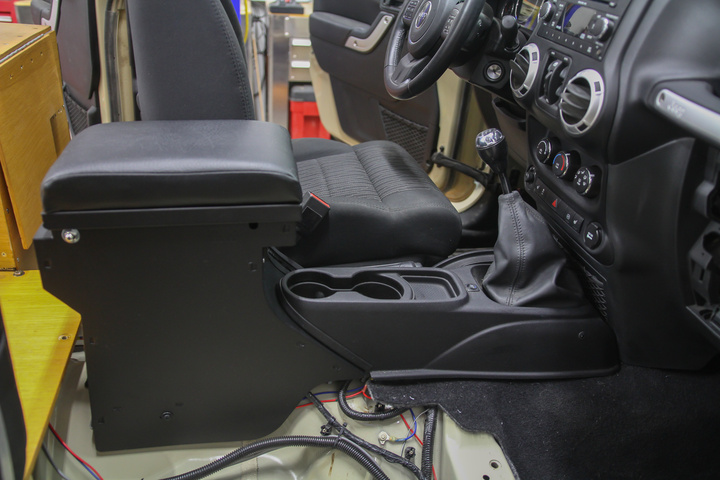 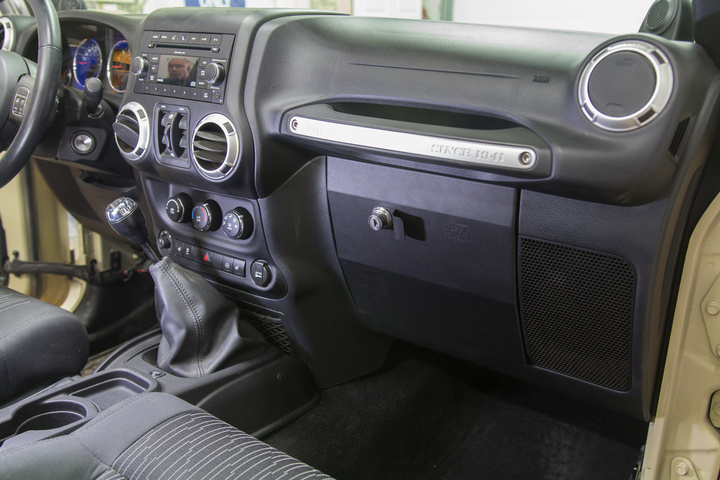 Rich and I installed an AEV 2.5″ lift with control arm drop brackets 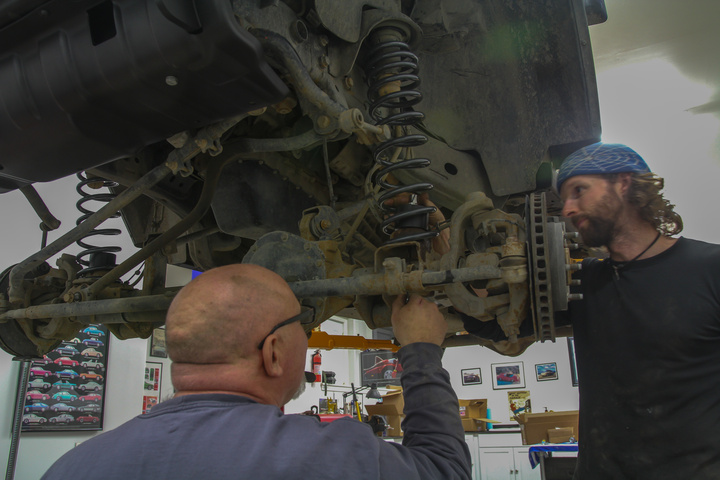 Driving from Alaska to Argentina I didn’t see a single sloth – I’ve always figured sloths and I would get along really well, being we have the same ideas about relaxation. To be sure I see one this time, Heather knitted “Sid the Sloth”, who is now the official mascot of The Road Chose Me. He swings from the roll bar, constantly smiling.

“Installing” Sid was a critical part of the build, and I made sure it was done early so he could supervise progress. Strangely enough, he was continually telling us to slow down 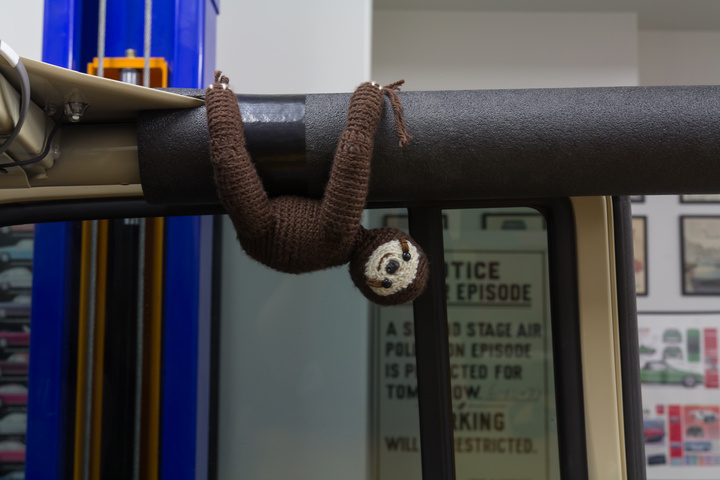 Sid the Sloth, official mascot of The Road Chose Me

Now that I’m running a gas engine, mileage and range are more of a consideration. To carry an additional 13 gallons we mounted a Titan Tank on the rear tire carrier. Combined with the stock 22.5 gallon tank, range is now a comfortable 600 miles, with 650 or 700 miles at a stretch. 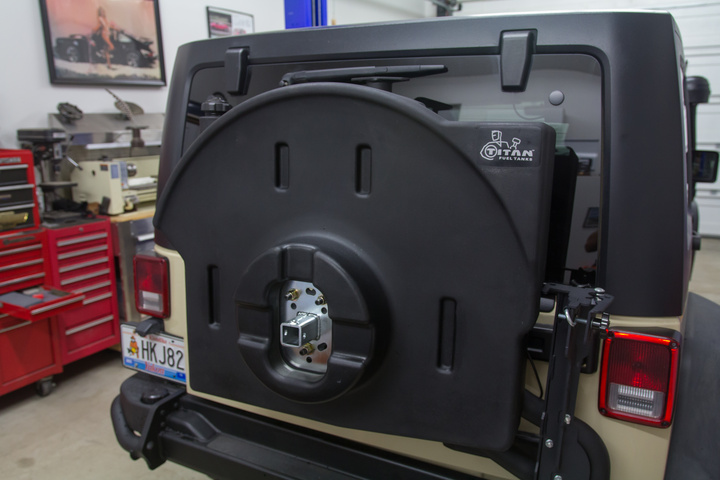 Richard and I relocated the evaporation canister and mounted a 12 gallon drinking water tank under the frame rails. We also made a skid plate for it. The system also has a 12v pump and 0.5 micron filter with UV lamp to treat water. I will post a detailed write-up of how we made it soon. Having running water in the Jeep is a novelty I still have not gotten used to. 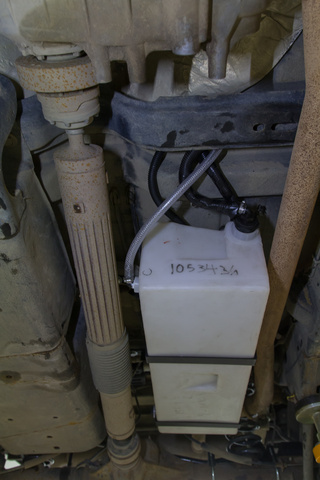 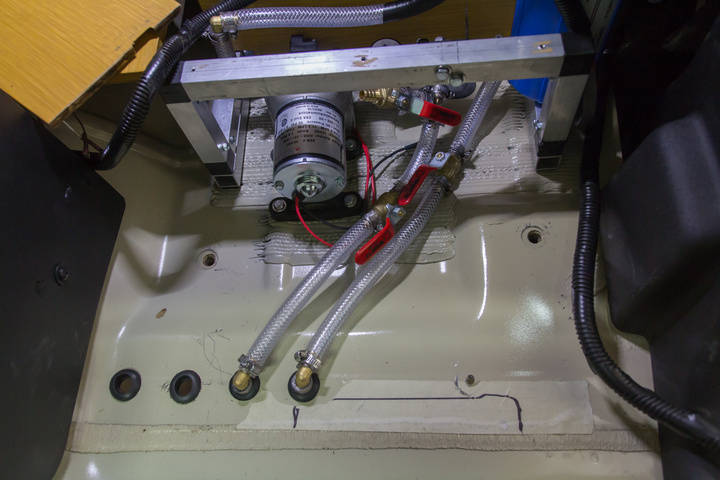 If it wasn’t for Richard’s amazing kindness and friendship, I honestly think the expedition would not have moved forward.
There will always be a seat in the Jeep for you buddy! 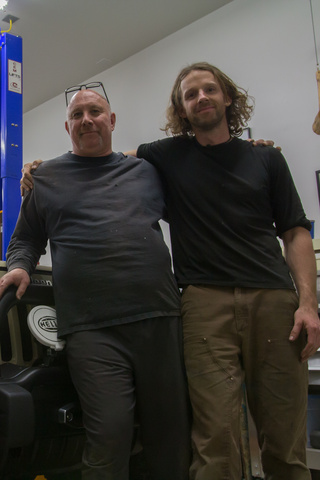 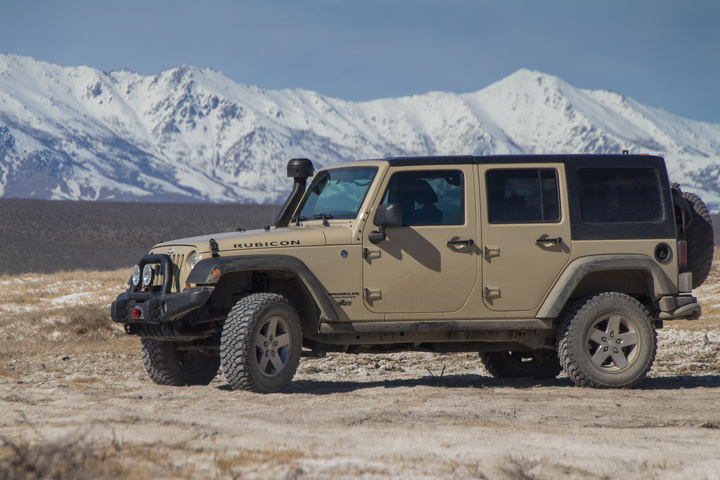 One last phase in the build, then I’m off to Africa via Easter Jeep Safari!