Epupa Falls and Beyond

We follow the Kunene River, right along the border between Angola and Namibia. At a lunch stop we see a croc on the far bank, though we’re not sure if it’s dead or alive, as it never moves once in the hour we watch it.
Wild camping along the river is spectacular, and we feel like we have the entire place to ourselves. 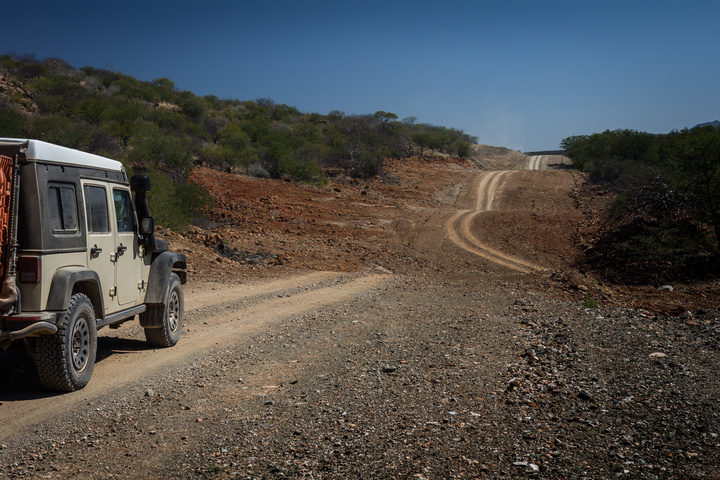 The road following the Kunene River 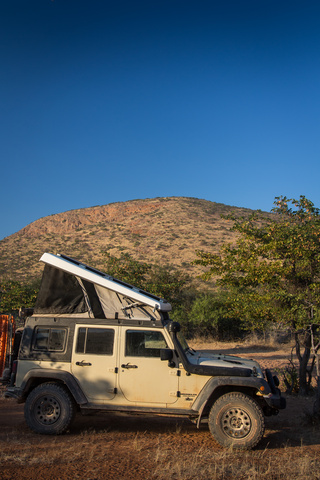 Camping in the wilds

A visit to Epupa falls is well worth it, even though the water level is not particularly high. There are hundreds and hundreds of rocks scattered about where the water rushes down into a pit, so there are a million different angles to view it from.

From the minute we leave the falls the road we have been on gets much much smaller and obviously sees a lot less traffic. We crawl along tiny tracks that alternate between gravel, dirt, sand and rock. We’re back in the Namib Desert, this time actually in Namibia. 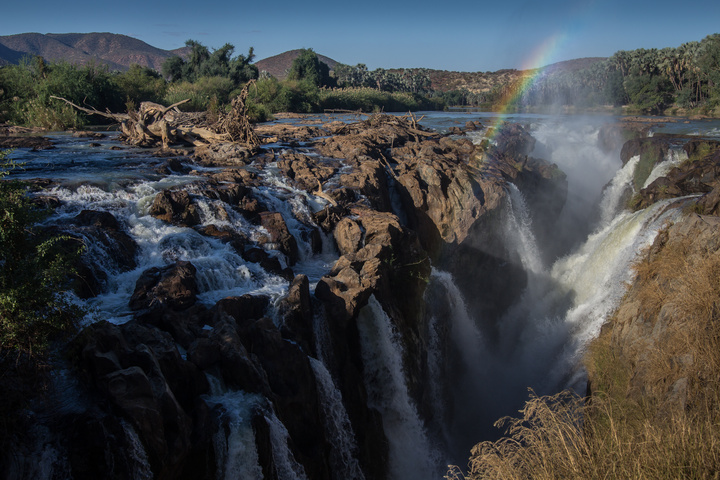 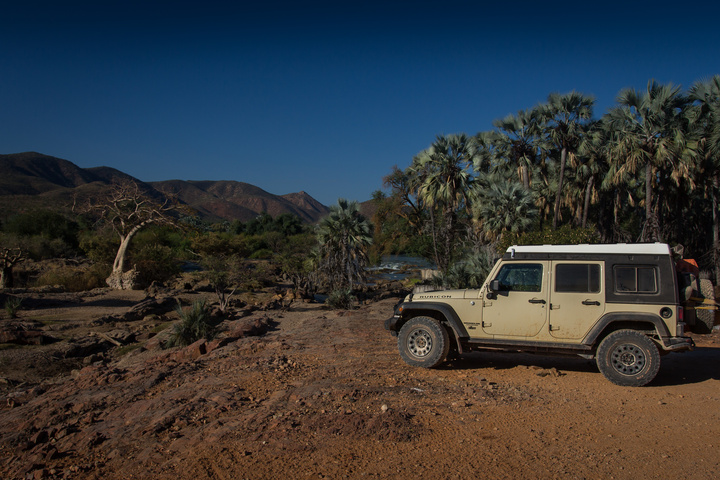 Enjoying the view at Epupa falls

In the evening some local Himba ladies wander through our camp, and are very happy to chat for ten minutes even though we don’t share a language. Their huge smiles and sunny disposition is staggering given they are walking tens of miles in scorching heat carrying heavy packs on their heads. They don’t seem to mind at all and wave a happy goodbye as they resume the trail, barefoot. 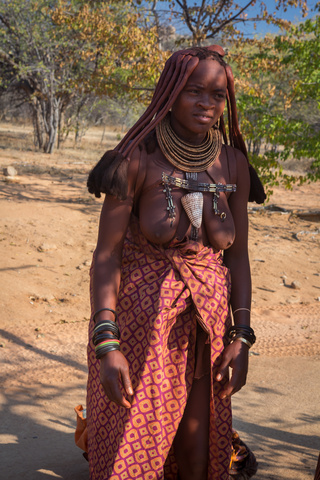 A himba lady that stopped to chat 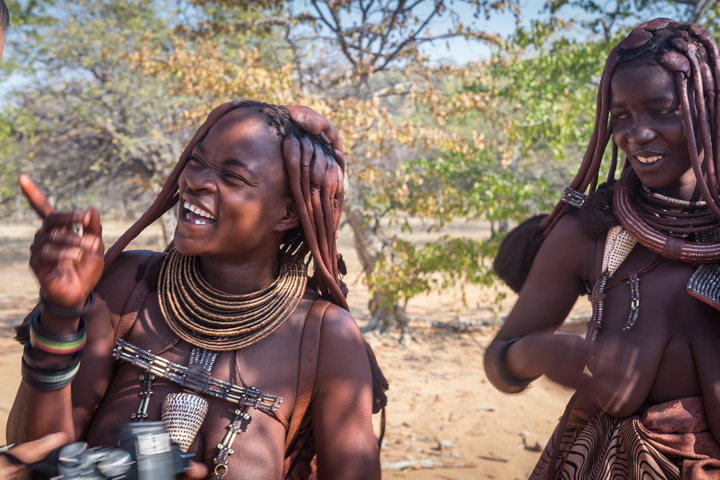 Himba ladies having a laugh

After a few false starts in Angola, I finally locate a hot spring I can actually soak in, and so I set about cleaning out the trash and moss. I soak for about twenty minutes, though the temperature is scorching and I can hardly stand it. 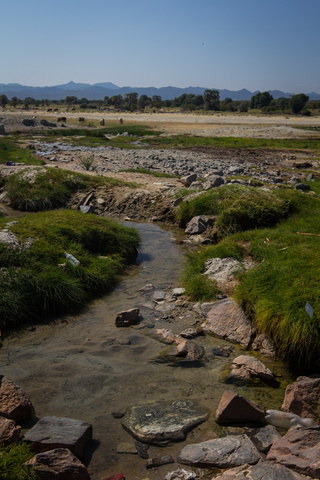 Finally a hot spring I can soak in! Scorching hot though I still got in for 20 minutes 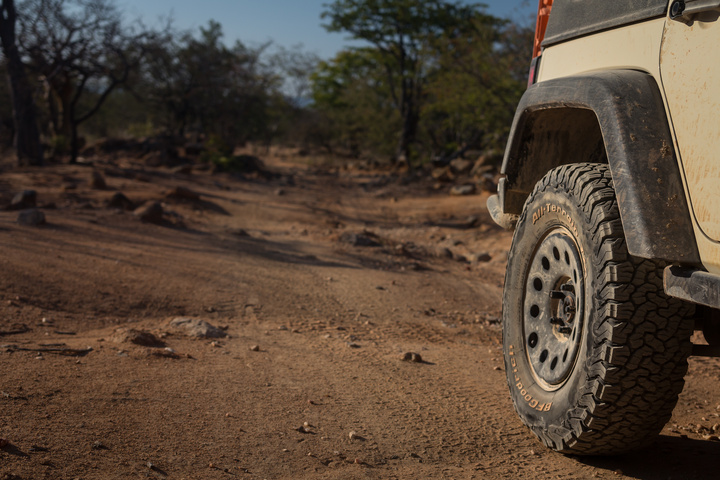 After the falls the road turns into a track

We continue to move South and West, as the tracks we drive get smaller and smaller, leading us keeper in the remote desert. 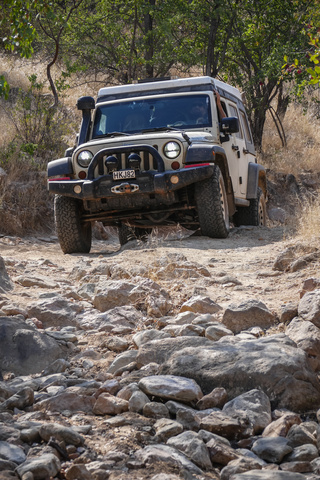 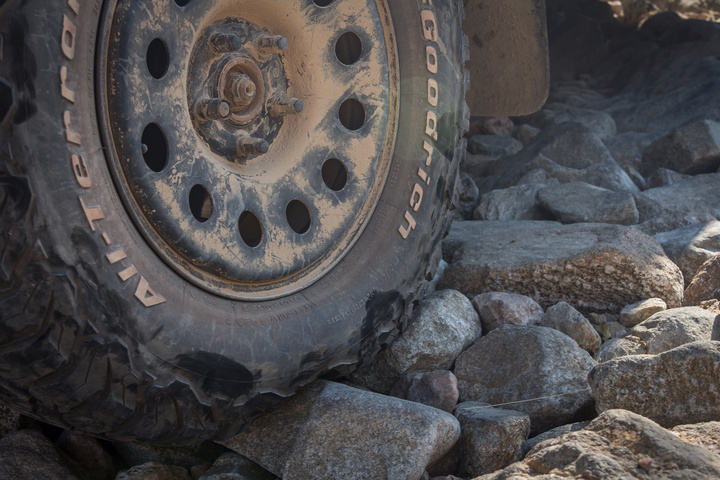 BFG KO2s eating up the rocks

A Bolt Reciever Lock keeps the reciever safe, and it uses the Jeep ignition key. From $35.99 From CDN$43.99 on Amazon