We have chosen the tiny border at Ruacana in the hopes of seeing the mighty Epupa waterfalls in full force. At the right time of year, there can be more water falling here than Victoria Falls! Driving the extremely small dirt track it becomes obvious there won’t be much to see – the river is almost dry, and the massive falls are not even a trickle.

The border crossing is a slightly bizarre feeling. There is not a single person around, and the buildings on the Angola side are brand new, extremely clean and friendly. In no time at all we have exit stamps and out vehicle paperwork is cancelled. Everyone wishes us a safe journey, and just like that we drive through the huge gates out of Angola.

A hundred yards away I pull up to the immigration building of Namibia, and after some internal debate I decide to park on the left. Namibia drives on the left side of the road, though there are absolutely no signs to indicate I should move over. 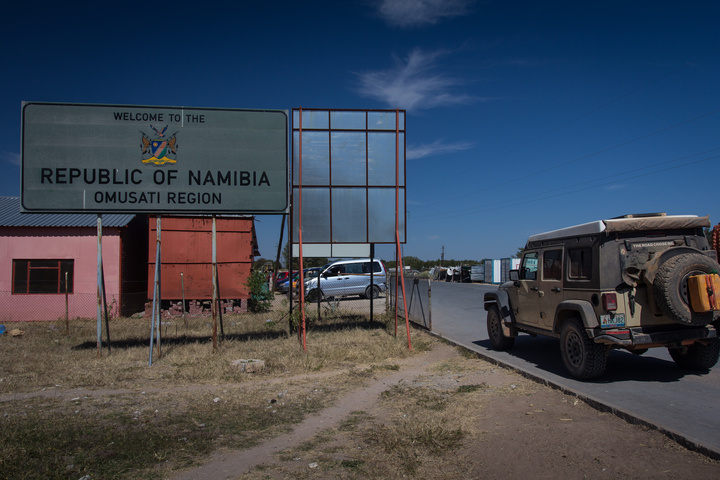 I have never driven a left-hand-drive vehicle on the left side of the road, so I write two signs and stick them on the dashboard of the Jeep where I can’t miss them. I really don’t want to get this wrong.

Inside everything is very friendly, and I soon have a three month entry stamp in my passport, and a temp. import permit for the Jeep for 2 weeks, all for free. It’s super nice to do all this in English, and not to have organized the visa before-hand. I can already sense Southern and Eastern Africa will be a different thing to the Africa I have come to know. 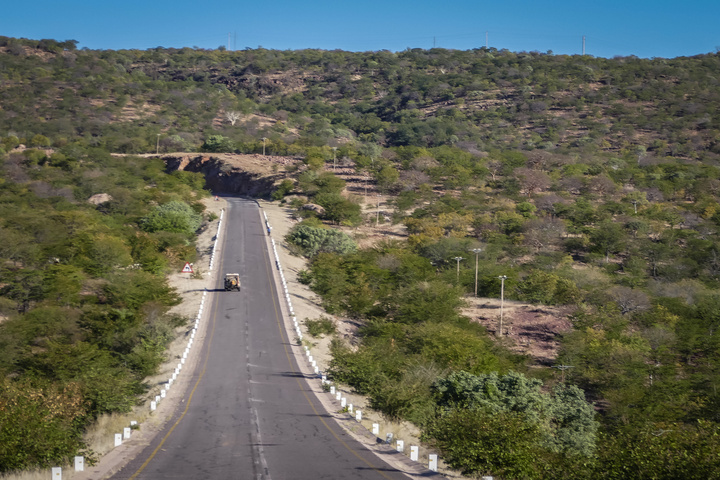 Which side of the road should I drive on…?

This is by far the easiest border of the expedition. It’s so easy it does not seem real. When I first dreamt of this adventure Namibia was always a highlight in my mind, and so I am extremely excited to start exploring. 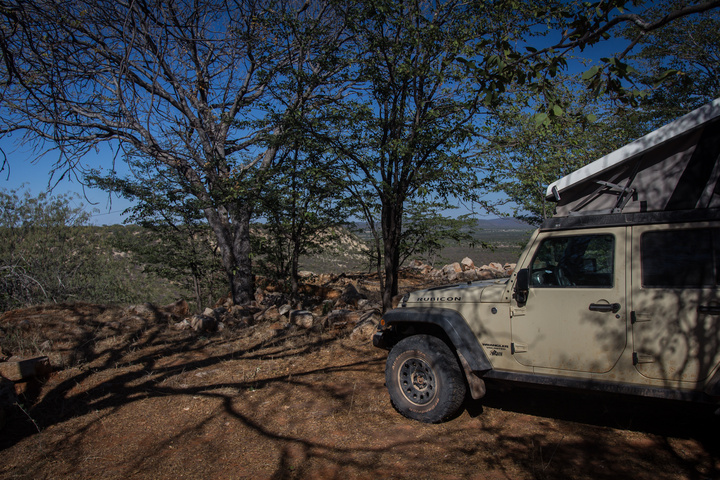 The first campsite in Namibia 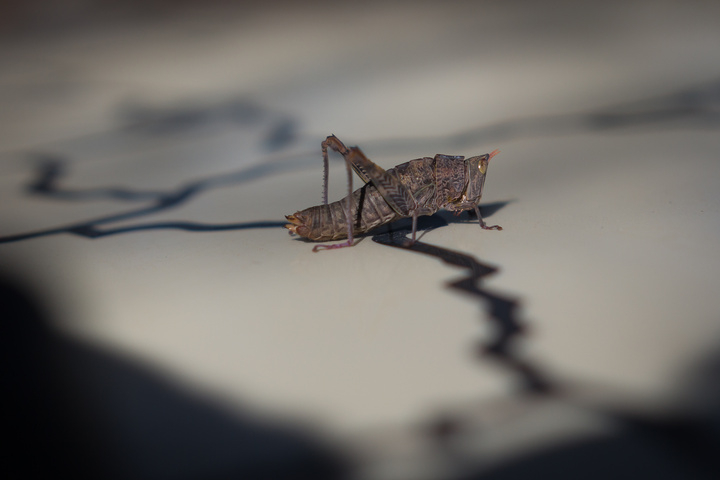 Friendly grasshopper checking out my map

Driving away I tense when the first vehicle comes towards me and slides by – apparently driving on the left is the right thing to do, and it all works out. This is going to take some getting used to. We stop to gas up at a rural gas station, and marvel at the things for sale we have not seen for a year now. Jumper leads, car batteries, rope, tools, frozen meat and ice-cream. Hats, sunscreen, oil, grease, chips and even some snacks.
All simple things you expect a gas station to have, but things we have not seen for a very long time. The change from DRC to Angola was sudden, and now again it’s almost as sudden from Angola to Namibia. Even here in the middle of nowhere, I feel I am in a Developed country, in fact very similar to rural Australia.

After striking up a conversation with a local he invites us to camp free for the night, and so we watch sunset over the plateau for our first night in Namibia.
In the morning, we set out on familiar roads – gravel & corrugated.
Not quite ready to give up the isolation just yet, we are setting out far into the wilderness. Almost immedaitely I see Himba people, the local tribe of the area. The clothes and hair are fascinating!

Gravel and extremely corrugated, just how I like my roads 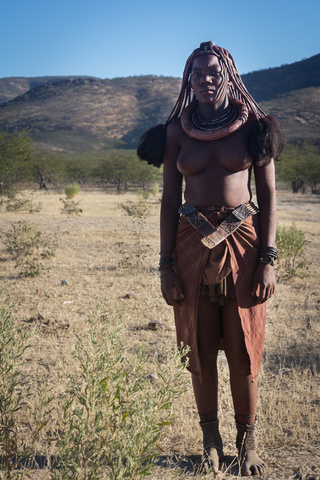 Young Himba lady on the side of the road 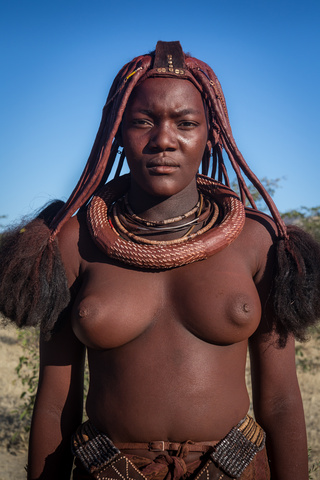 Country number 18, bring it on!