A Bolt Reciever Lock keeps the reciever safe, and it uses the Jeep ignition key. From $34.82 From £35.43 on Amazon

Not far from Kilimanjaro I find the campground / Overland hangout of “Snake Park” – this is a famous stop for all the huge Overland buses touring Africa, and self drive Overlanders like myself.

Immediately I meet Tiaan, I laid back South African roaming around South Eastern Africa, much like myself. Also around are a ton of people from the big Overland buses, and so it’s an easy place to spend a few days. Tina’s birthday is not far away, and so we organize to buy a whole goat for $25USD which we eagerly roast on the spit for an entire day. The meat is extremely tender and delicious thanks to our strict basting schedule, and though we thought there would be leftovers, there are in fact none!

Tiaan and I have both decided to give the expensive National Parks a miss, and so we strike out together to loop around the huge Lake Eyasi, for no other reason that it’s there and we assume the wilderness will be stunning. On both counts, we turn out to be right. We make our way on isolated and extremely dusty gravel roads, at times gaining a little elevation in scraggy rocks, and at other times right down on what we assume would be the lake bed at high water. 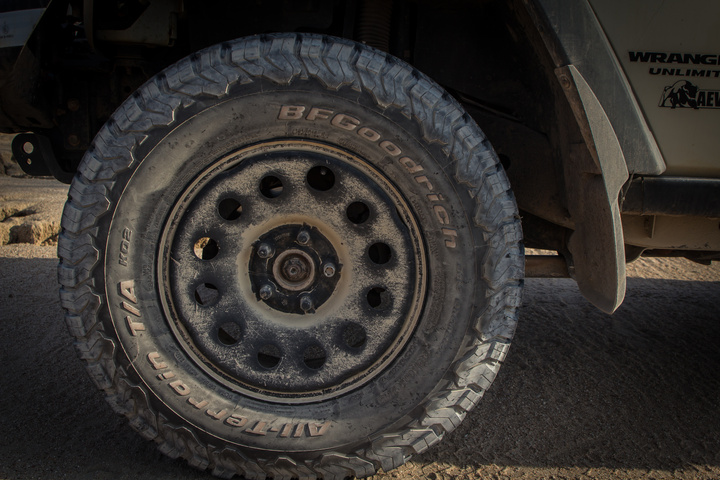 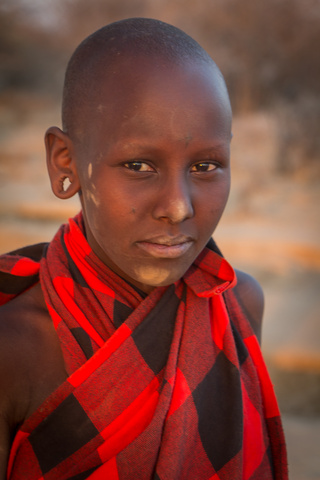 One of the children playing near our camp

In the late afternoon we pull a hundred yards off the road to camp, and it’s not long before locals wander over to check to us. At first they are quite timid, and unfortunately we don’t share any language so communication is difficult. They slowly warm to us and soon the children are laughing and playing while one of the ladies asks if she can take one of the burning logs from our fire. 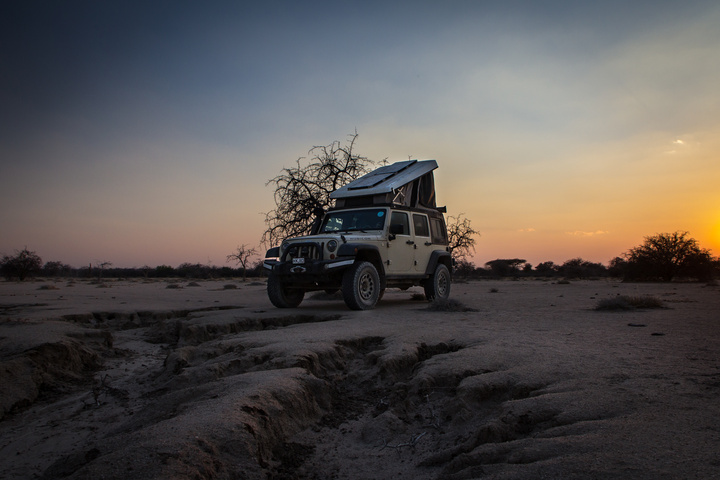 Sunset over our wild camp near the lake In the morning we move on, and soon have to cross a muddy river. It wouldn’t be an issue at all except for the truck stuck near the muddy bank. After having a good look we decide we can still manage, and with a little extra speed neither us of has any trouble in the stick mud. Over a very long day we make our way mostly north to the sizeable city of Mwanza on the shores of Lake Victoria. The lake is simply stunning, and I’m shocked by how large, modern and clean this city of. I have never heard of it before, and it’s great!
We camp on the shore of the lake in the Yacht Club, and soon we meet some locals who are extremely happy to invite us in and show us around the area. In the evening we watch a magic sunset from a high vantage point before a huge dinner of curry and rice back on the lake shore. 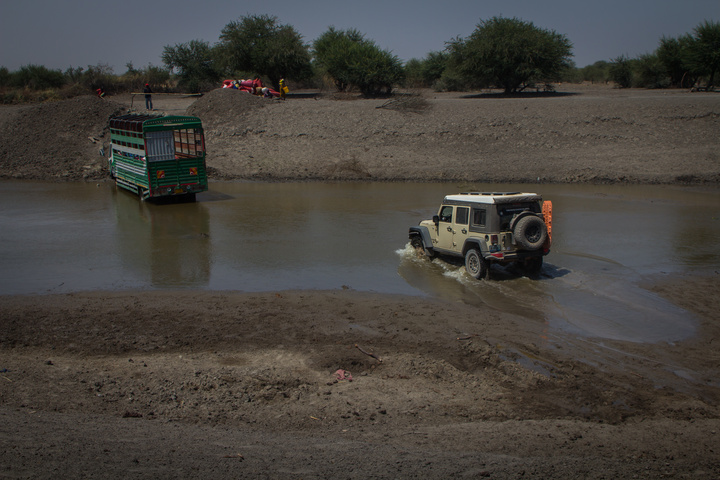 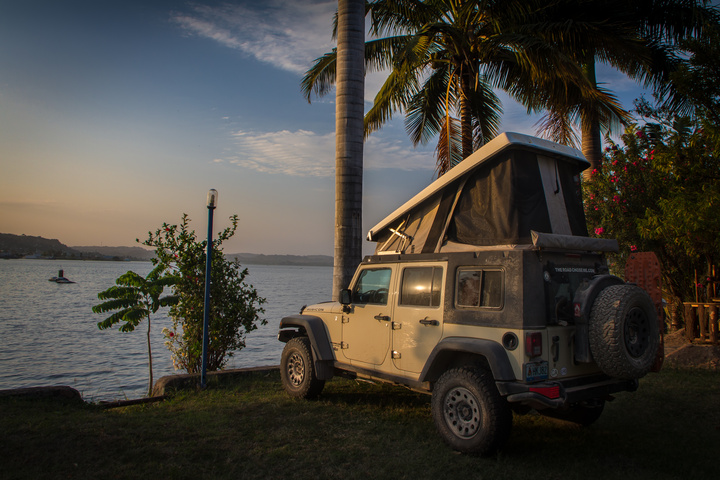 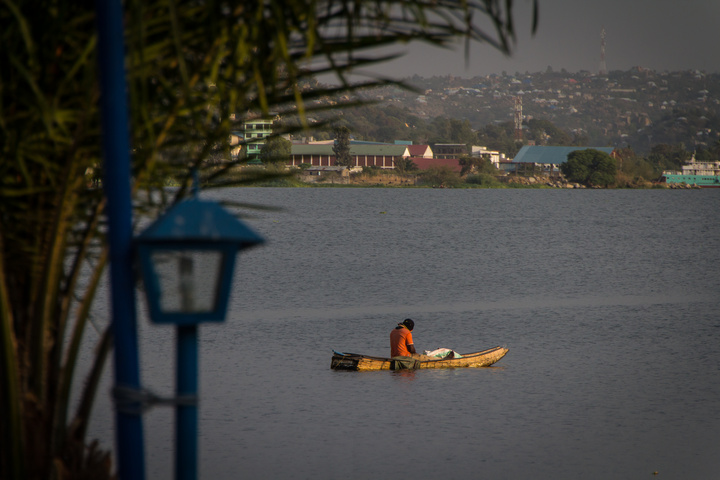 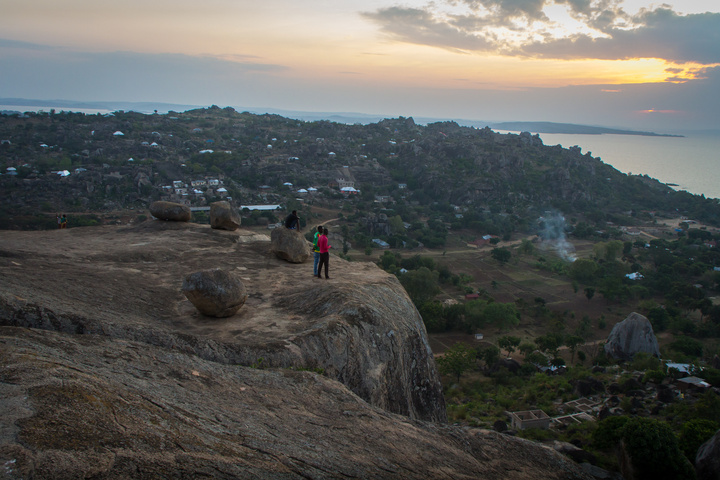 The magical viewpoint over Lake Victoria in Mwanza

In the morning Tiaan and I catch the Kamanga ferry across a small section of the lake to save driving a few hundred miles down and around. We figure the safety situation should be great now so soon after a major mishap. The line up the ferry is intense, and we’re both a little shocked when one bus driver literally blocks the entire area demanding he be allowed on – clearly he doesn’t want to wait for the next bus. He either has the world’s biggest Turbo Diesel or just no exhaust, which means every time he revvs his engine everyone’s teeth rattle. It’s an impressive show of force and he gets a place on the ferry, as do both Tiaan and I in our relatively small 4x4s.

The ride across is stunning, and for all of $3USD it’s well worth it. On the far side we are the first off onto the badly corrugated gravel road, though it’s not long before the buses come hurtling by at the usual African breakneck speeds.

I’m still shaking my head about the insane driving ten minutes later when I round a bend and see the enormous and loud bus from before on it’s side just off the road, facing entirely the wrong way. People are scrambling everywhere and it’s clear people are injured. I can only assume he started fishtailing and over corrected before flipping in the ditch.

Again I think about stopping to help, though again it’s clear our presence will only make things worse, so we push on.

For our final afternoon and night together Tiaan and I find a sneaky wild camp one the edge of a pine plantation just a stone’s throw from Lake Victoria. We even manage to have a fire and cook a great Braai.

Lake Vic, near where we wild camped 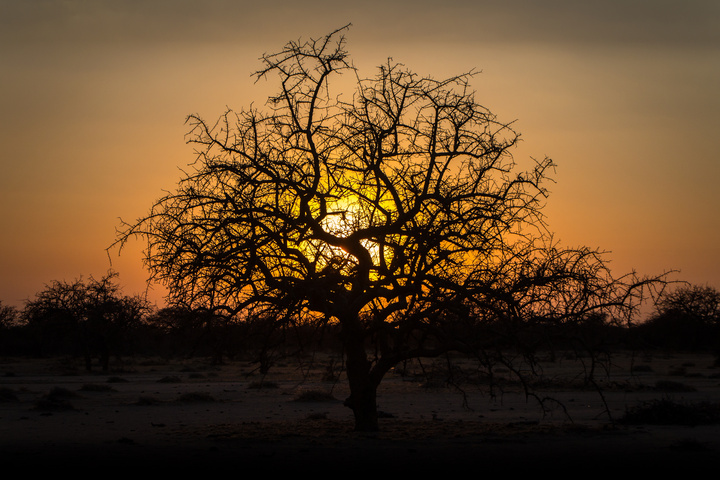 I have enjoyed Tanzania, and I can understand why so many people fall in love with this country. People are very laid back and friendly, and I can only imagine how stunning the National Parks are.

After 2,160 miles in Tanzania, it’s time for a much smaller country – one that very, very few people visit!