The next morning the wind was down and we made our way down the shoreline of the West Arm of the lake. 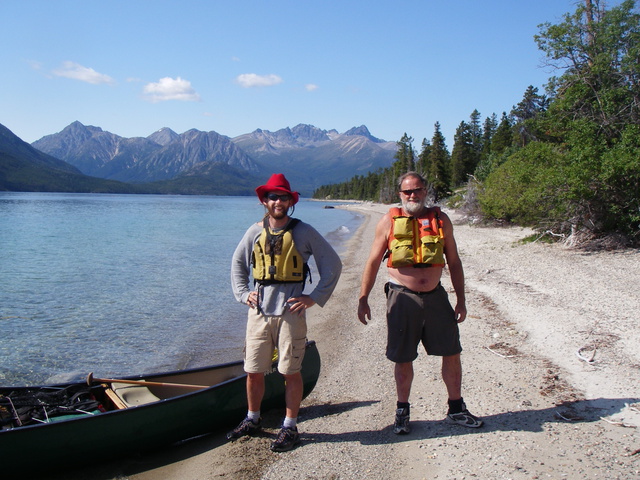 Dan and Bill on Bennett Lake

We checked and double-checked and made a group decision to cross, knowing full well we were all dead if we capsized. As Brett very calmly stated “If a grizzly bear falls out of the sky into the canoe right now, we’re not capsizing this boat”. We made it across with no problems at all, and just as we were nearing shore I hooked onto a 6lb lake trout – Bill was so excited there were a few tense moments of rocking side to side. We managed to keep things under control and got it aboard. 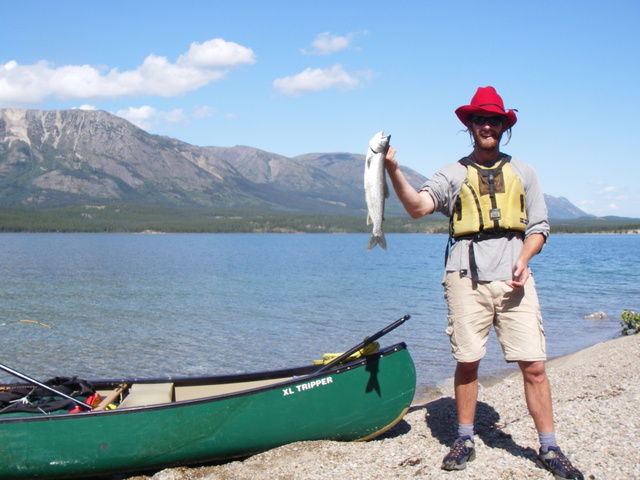 Later in the day we pulled the canoe up a small creek to the most amazing lake I have ever seen – perfectly calm and tucked in between snow-capped peaks. I’m not supposed to name the lake, so I won’t and please don’t ask. 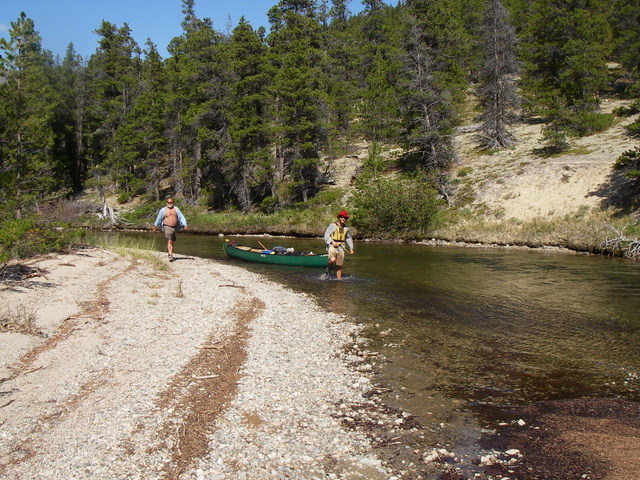 Pulling up the small creek to the unamed lake

We stayed on the lake for two nights – we explored the entire length while fishing, swimming and enjoying ourselves immensely. Bill caught three Arctic Grayling which were just as tasty as the lake trout. One evening we again emptied the canoe and played around in the moving water of the creek. Brett showed me all his whitewater moves which were great fun and Bill and I were like maniacs zig-zagging this way and that, more or less in control. 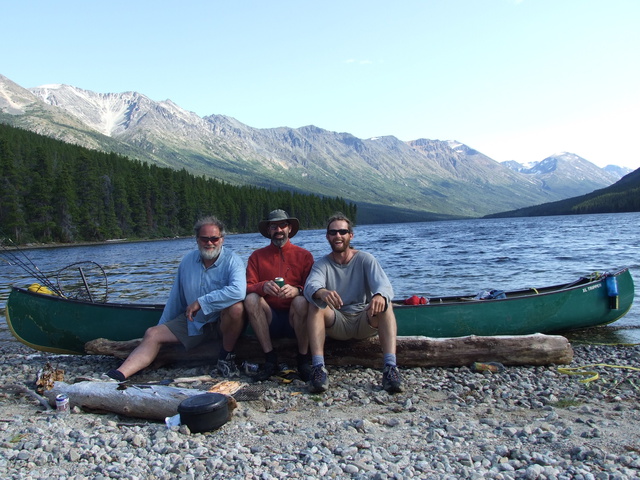 The three amigos at the unamed lake, lake trout cooking on the fire

As seems to be common for my trip in the north, there were lots of huge wildfires burning not far away, so the visibility dropped to almost zero when the smoke rolled in. We had planned to paddle the entire length of the west arm, but now that we couldn’t see the mountains lining the shore, we decided to cut it short and head somewhat for home. 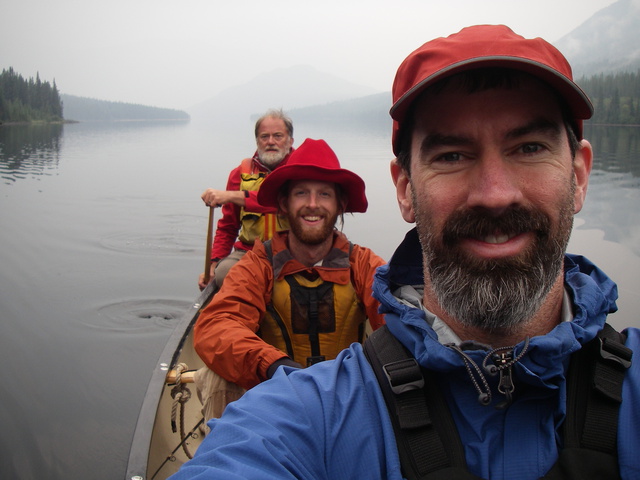 On the smokey lake

Again we crossed the arm and luckily managed to avoid all falling grizzlies. We found another gorgeous campsite and quietly watched the blood-red sun set behind the silhouetted mountains. 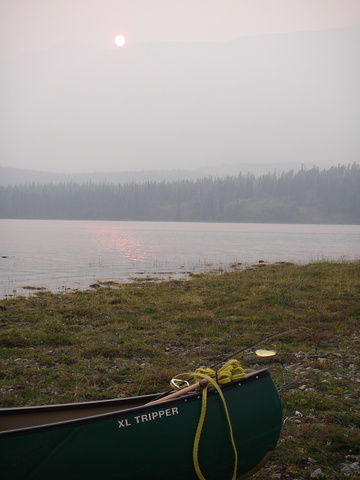 For our final day we had only to stay close to shore and paddle all the way around to Carcross. The weather was great and the lake very still, but we knew that could change quickly and didn’t dare cross here were the lake is much much wider. We stopped for a swim at every opportunity and jumped in only to run out screaming seconds later 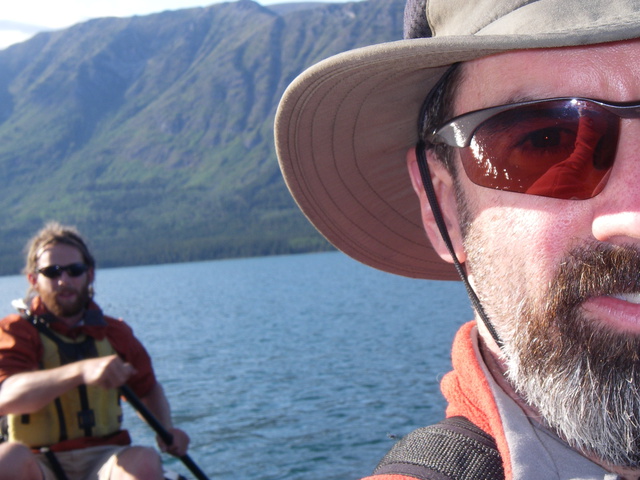 What an amazing trip and man-o-man did the victory ice cream taste great! 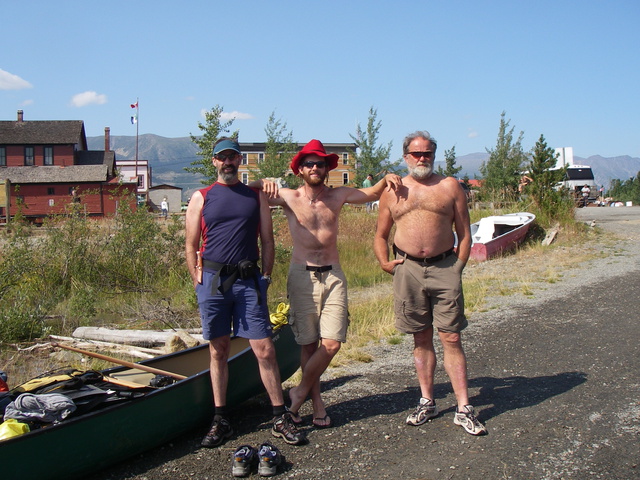 (Once again A lot of the photos in this article were taken by Brett, credit goes to him.)

Gorilla Tape is awesome - there's nothing it won't stick to. From $21.9 on Amazon