The white Pass & Yukon Route Railroad (YPYR) runs from Skagway Alaska over the coastal range to Carcross in the Yukon, Canada. Living in Whitehorse only a couple of hours away I always knew I’d take a ride sooner or later, and a visit from my parents is the perfect excuse. 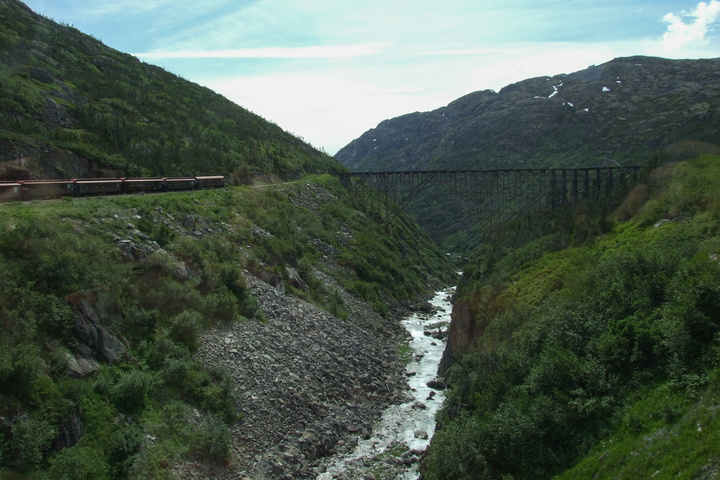 One of the many bridges

The railway was built in 1898 as part of the Klondike Gold Rush, and the history is oozing out of every surface – even every mountain and stream the railway crosses. 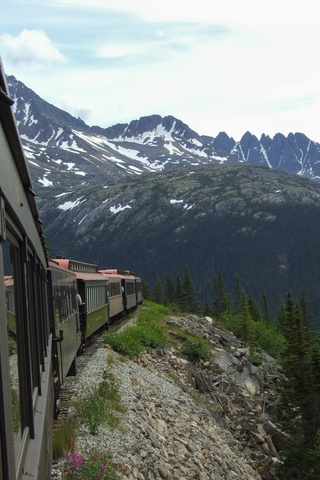 The view along the train

The day trip we sign up for starts out mellow in the Skagway valley, slowly climbing up and up. In the trees I am worried it’s going to be a boring trip – and I couldn’t have been more wrong!
The track takes a huge curve as it breaks past treeline and passes the Laughton Glacier and everything after that is absolutely breathtaking. Enormous mountains surround the train as it continues to climb up and up. 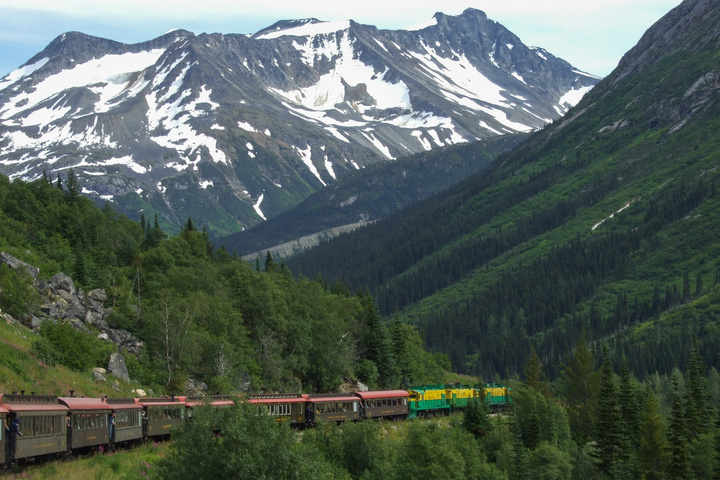 Soon the train passes over old trestle bridges, then bigger ones, then absolutely breathtaking ones. It all starts to get a little crazy, with many hundred meter drops to streams and rivers below. We’re allowed to stand on the little platforms between carriages, and we all happily hang out snapping photos. 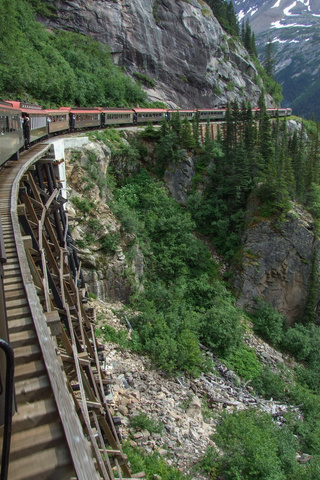 The view off the side of the train

Our trip comes to an end right at the Canada/Alaska border where the train pauses for a few minutes. All the chairs are flipped around and everyone is asked to swap seats so those people that were previously sitting backwards now get to face forwards and enjoy the spectacular views on the way down.

All told, it’s an amazing day.