The Sunshine Coast To Victoria

Mike and I have had our fill of hot springs and start heading for Vancouver Island, via the scenic route of course. We play 27 holes of disc golf at a rugged course in Whistler and after all that Mike wins by one shot – I must be rusty 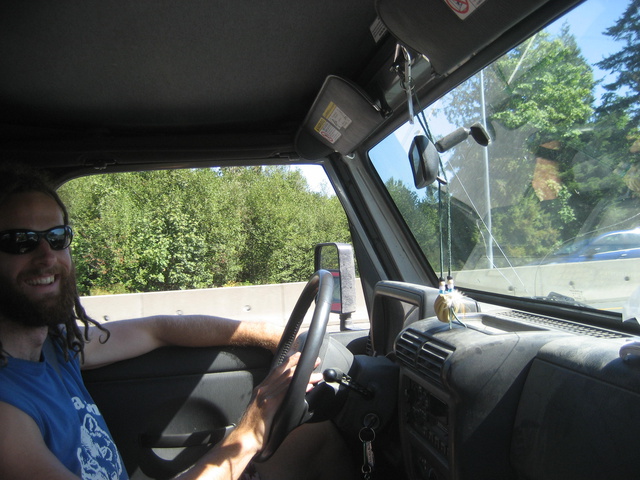 We leave Mike’s motorbike in Horseshoe Bay and catch the ferry to Langdale, where we meet Bill’s brother David and his wife Barbara. David and Barbara drove to and around South America for their honeymoon and we spend many hours looking at mind-blowing photos and hearing stories of civil war, flat tires and good times. 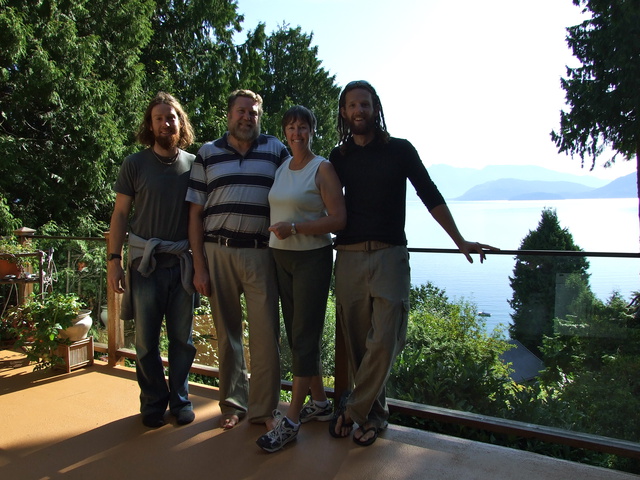 David tells one story of being the first people to drive a road in the Amazon after the rainy season, a few hundred kilometers winds up taking six days of crazy full-on adventure I can only dream about.
I lie awake for hours at night, too excited to sleep. 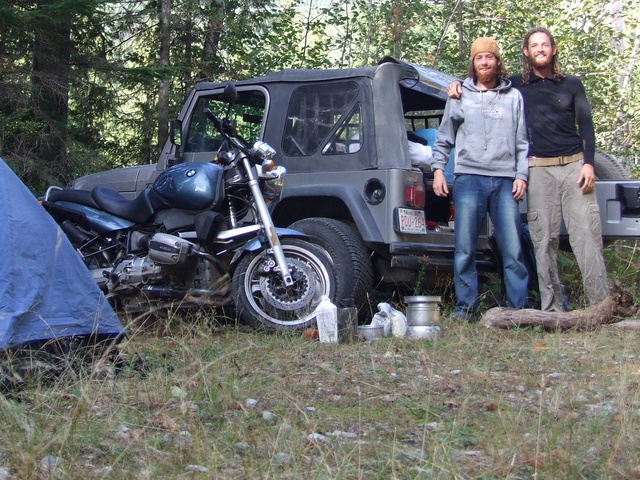 We drive north along The Sunshine coast, passing gorgeous seaside towns every twenty kilometers or so. It winds up being a day of ferry crossings, first to Powell River then another to Comox, where we find one of my better guerrilla campsites. What a view. 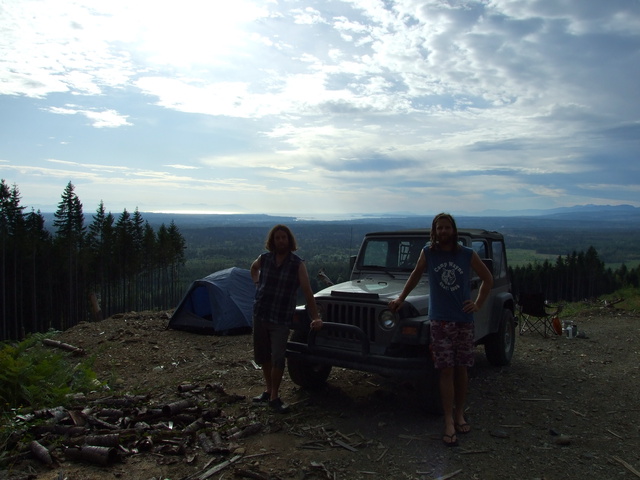 The view from one of our "campsites"

In the morning we play a quick nine holes of disc golf at Mt. Washington, then drive down to Nanimo for another eighteen. We catch up with Judy (from the Chilkoot Trail) and Kirby, who fill our heads with stories and pictures of The West Coast Trail, our next adventure. We play another eighteen holes in the morning and I finally beat mike on the playoff hole.

It doesn’t take us long to meet up with a good friend Joel when we arrive in Victoria, and we are shortly enjoying a beer and takeout noodles in the afternoon sun. Budget be dammed. I’d forgotten how similar Victoria is to Melbourne and it takes us no time at all to enjoy the sights and sounds.

In the morning we jump aboard a Seafun Safaris boat, bound for some whale watching. I’ve never been before and it is quite the experience. Boats are not allowed to use their engines within 100 meters of whales so the basic idea is to get into a position where you think the whales are coming, cut the engines and wait. 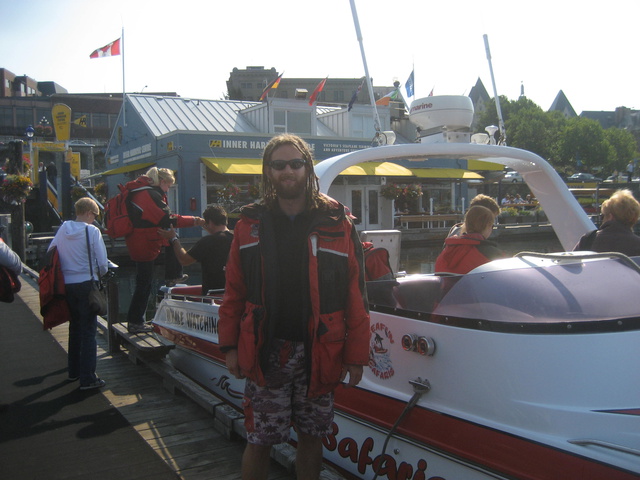 All geared up to go whale watching

We wait only a few minuets when a female Orca surfaces just 15 meters from the boat, noisily exhaling in a plume of water. Our captain Jeff tells us she is “Grandma” the oldest and leader of this pod, at 98 years old. Soon afterwards a male, with a massive dorsal fin surfaces also very close to the boat – this one is “Ruffles” so named because the shape of his dorsal fin resembles a Ruffles potato chip. As we float around we see Orca from this pod in all shapes and sizes – big, small, nursing young and some just cruising around completely ignoring us. 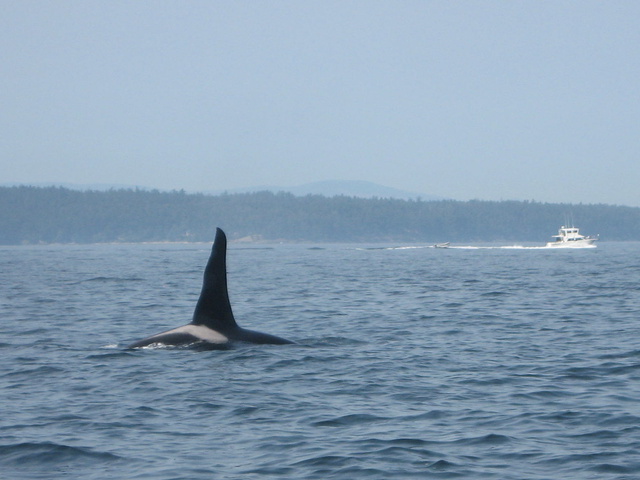 Jeff has been whale watching for 10+ years and it shows – his knowledge and expertise are very impressive and we have a fantastic morning outing to see killer whales in their natural environment.