I'm running BFGoodrich A/T KO2 Tires which are long wearing and great in all conditions. From $416.62 From CDN$617.55 on Amazon

I tried to see the gorillas on the cheap in Rwanda, but it didn’t work out, so I decide to pony up the $600USD to hike into a National Park in Uganda where a sighting is guaranteed. 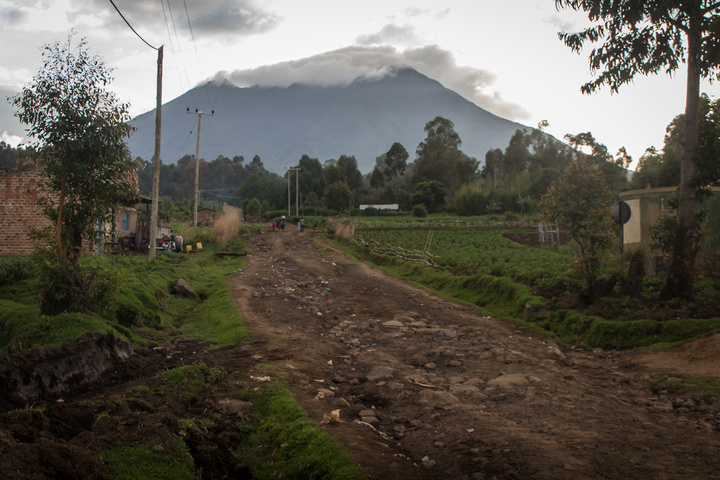 I buy my permit in Kisoro for the next day, and a couple of park rangers ask if I can give them a ride out to the National Park. There is a community campground right at the entrance, so I’m happy for the company in the Jeep, and the stories and tales they can tell. Of course they both have AK47s, though they are just fashion accessories in this part of the world.

The park rangers were super friendly, even with their fashion accessories

The camp ground is fantastic, and I’m up early and ready to go, eager for the day ahead. After a short introduction I’m soon walking through the forest with only four other people, and after an easy forty-five minute walk we find the trackers with the gorillas.

Here in Mgahinga National Park there is only one Gorilla family, consisting of eight gorillas. Uniquely, there is more than one silverback in this group, and the leader is the second-largest known silverback in the world.

For the first five minutes my brain can hardly understand what I’m seeing. The silverback is so big, and so close, it’s honestly like watching a CGI movie. He weighs well over 500lbs of pure muscle, and his biceps, shoulders and chest are simply too big to comprehend. His head is three or four times bigger than mine, and his hands could easily crush my skull. 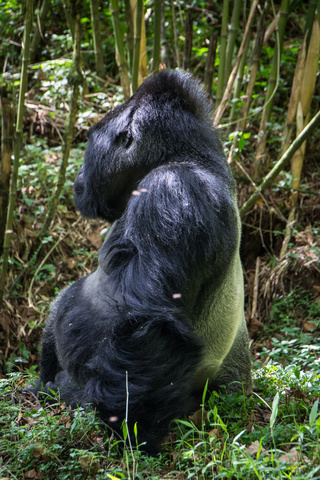 His arms and shoulders defy belief 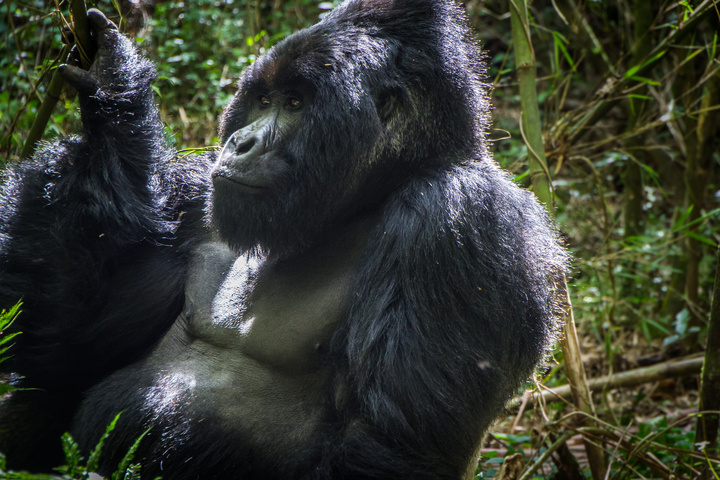 Given all of that, it’s insane to sit on the ground only five yards away, though the trackers and guides assure me it’s fine.
Whenever he walks around with his front knuckles on the ground I am staggered by his sheer size.
At times it makes him appear exactly like a stuffed toy, as if he is simply to big to be real.

After the frantic rush for photos and videos it’s extremely peaceful to just sit on the ground and watch the gorillas. It’s clear they all have a personality, and they all more-or-less completely ignore us.

The massive silverback lies with his head in his hands for more than ten minutes, and so I’m quite close taking photos when he stands up and walks right past me, easily close enough for me to reach out and touch (I don’t!) 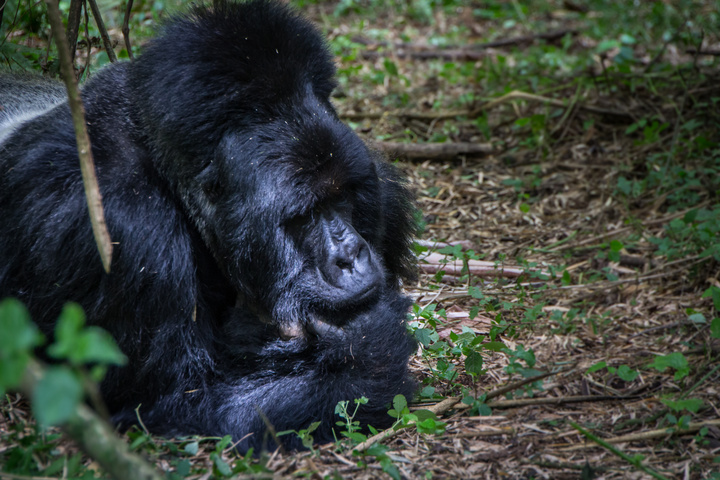 He stayed like this for almost ten minutes, never even really looking at me 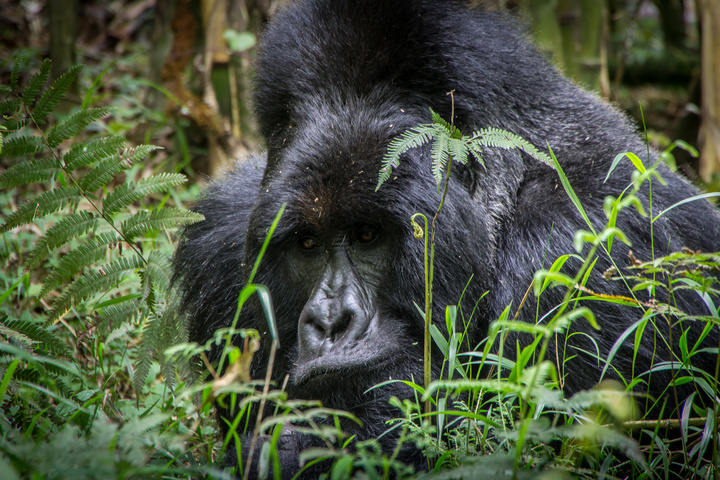 Trying to hide in the grass

A little later I’m moving into position for photos about eight yards from him when another silverback decides to start eating the tree right next to my face. He’s less than a yard away, though again the guides say to just stay still. It will be fine.

The baby gorillas are full of beans and wrestle, climb on and eat everything they can, and even take turns using the big silverback as a trampoline – he has an impatient look on his face but doesn’t do anything to stop them. 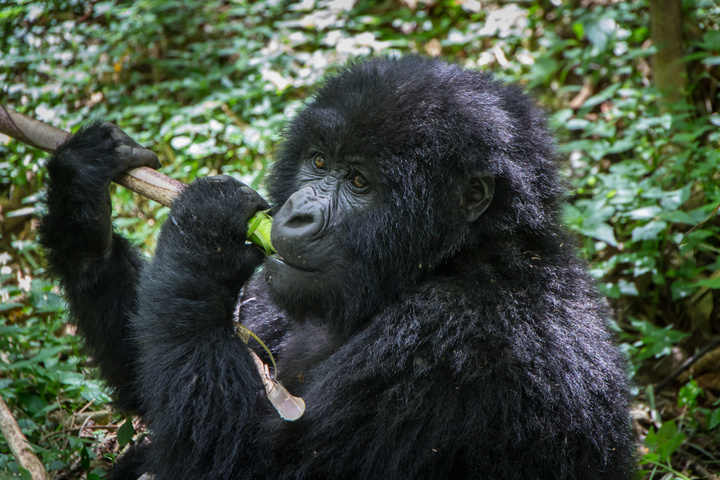 They love the bamboo 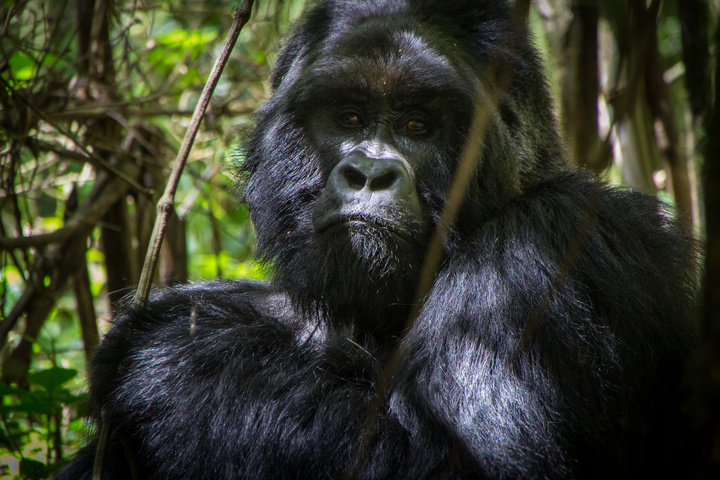 Too soon our hour is up, and we tear ourselves away and hike back. 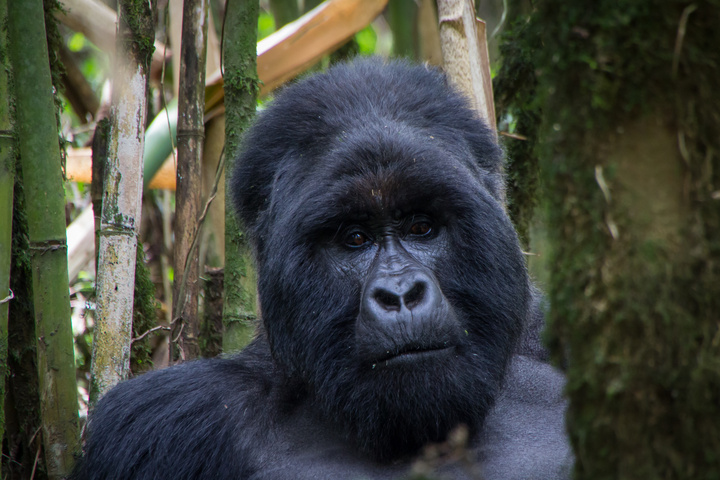 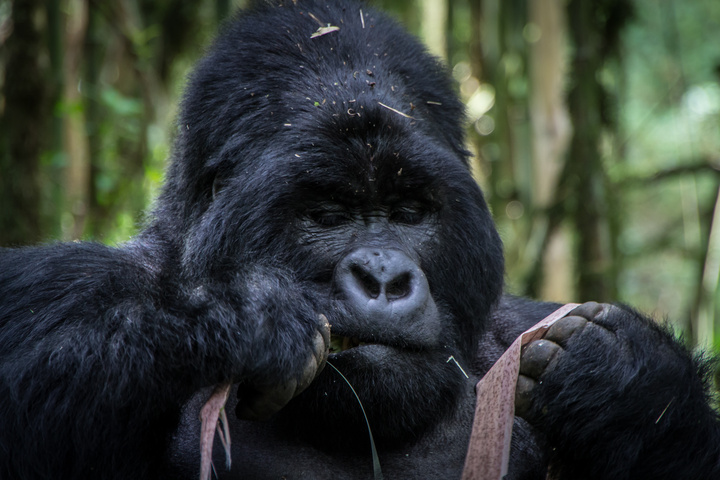 I have said this a lot in Africa, though this time I really mean it. Easily, without even a second or third place, this is the most outstanding animal experience of my life. The sheer size of the silverback is mind-bending, and the expressions and attitudes are so clearly human. 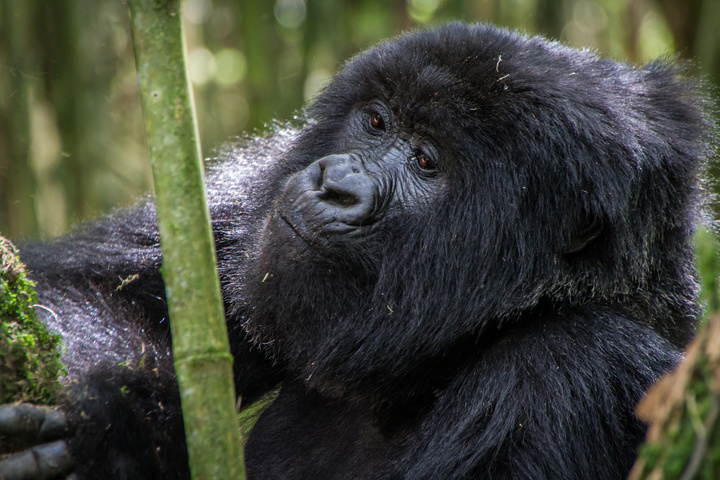 Checking out the tasty bamboo 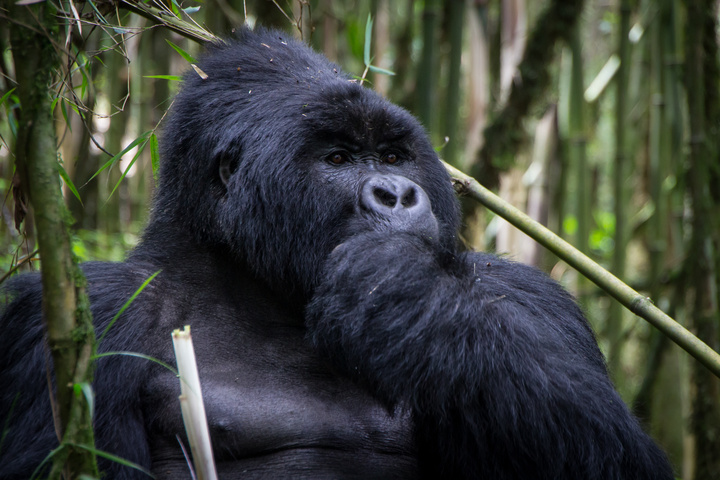 If you ever get even the slightest chance to see these magnificent creatures in their home territory, I highly, highly recommend you do. Who cares about the money, it’s well, well worth it.

Genuinely, one of the best experiences of my entire life.

P.S. looking at my own photos and videos doesn’t do the experience justice. Honestly, they are 1000 times more impressive in real life.