Mana Pools is one of those National Parks people talk about for years and years after their visit. Camping is directly on the Zambezi river, and virtually everyone has animals wander directly through their camp. The cost of National Parks is increasing, so now we pick our destinations carefully. 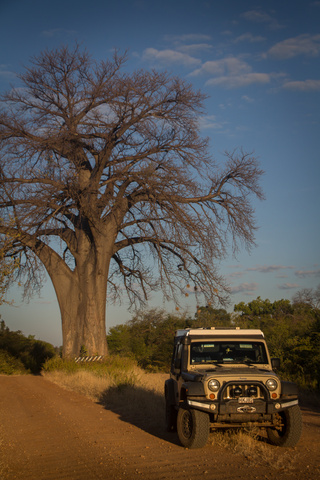 The Boabab’s in and around the park are enormous

After a visit to the capital of Harare – a beautiful place – we make our way West and North to Mana Pools. For the next three days we’re up before sunrise and out spotting critters before relaxing on the river during the midday heat and then heading out again in the early afternoon until just before sunset. When we pull into camp there is a crocodile less than three meters away (down a steep muddy bank) and soon I watch an elephant wade across the shallow river to and island about a third of the way across the mighty river. On the far bank are low mountains, and as always it’s fun to realize it’s an entirely different country – Zambia. 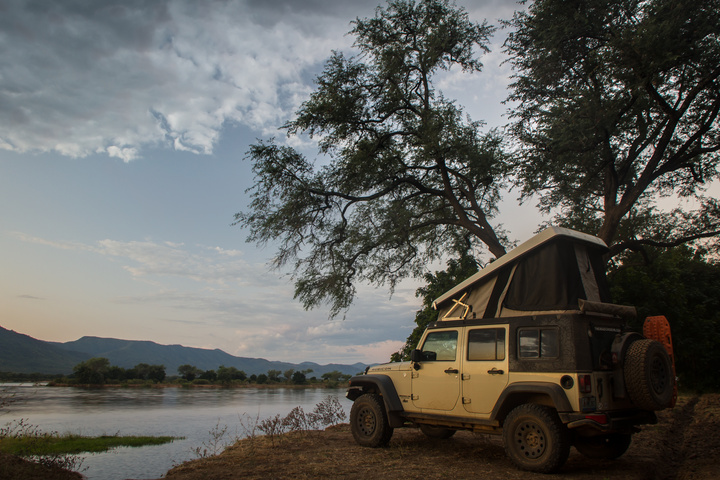 Right on the bank of the Zambezi (croc directly below Jeep) 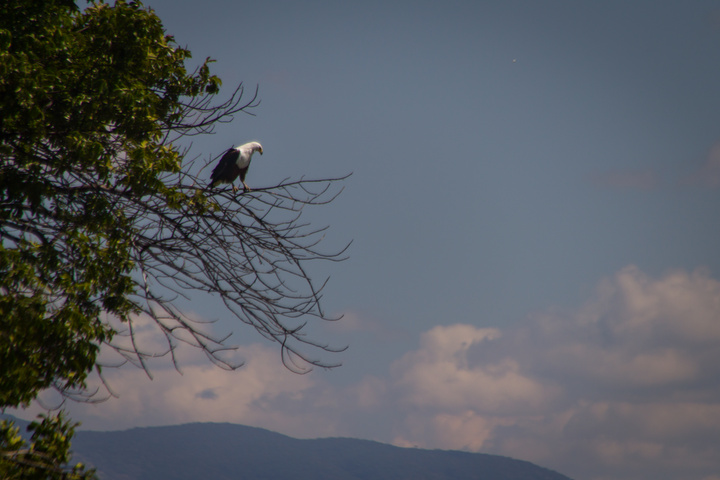 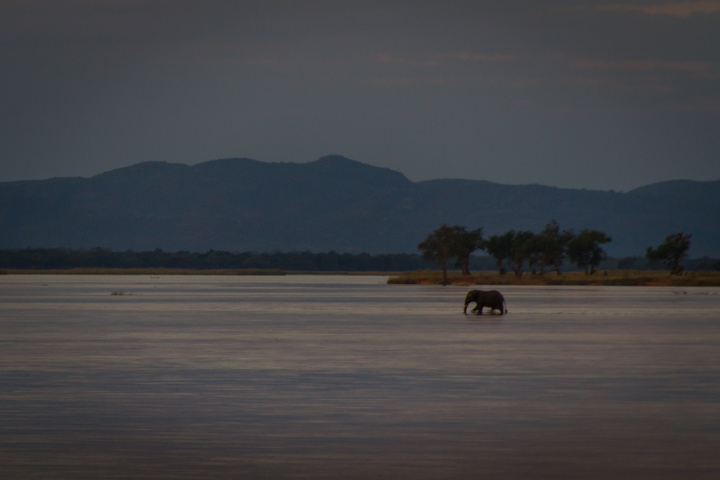 At midday I’m sitting at the Jeep reading a book when I see an elephant about a hundred yards away. Over the course of the next hour he slowly ambles my direction until he’s less than twenty yards from me. It’s obvious he knows I’m sitting there, though he does not mind in the least. He’s happy to wander from tree to tree finding lunch and I’m perfectly happy to watch and film as he moves around.

The elephant that wandered right into camp

Sunset over the Zambezi

While out driving we spot plenty of everything, though the lions prove elusive. At night I hear them roar while sitting around the fire, and I’m startled when a hyena comes with five yards of me. They sneak up in the dark and wait on the edge of the light cast by the fire – in fact we often smell the stench of rotting meat before turning our flashlights around to see the evil-looking creatures. 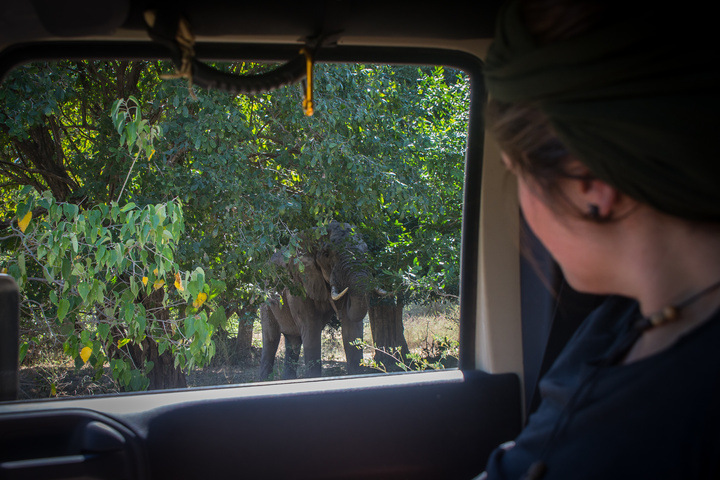 Yep, we get close to the action

Hoping to get close to the big animals we book a walking tour with mandatory armed guard. I’m amused to see the guard carries an AK47, and I don’t miss the fact he loads it before we set out. As luck would have it another man is tracking the extremely elusive painted dogs that live in the park, and armed with radio-tracking equipment finding them is a certainty. We tag along and are soon walking through tall dry grass and dense trees. When we hear two prides of lions roaring at each other that must be less than five hundred yards away I start to wonder just how safe we are, though the guard does not worry in the least. Lions basically never attack a group of more than three people, and so he’s not worried at all. In fact we walk directly towards the lions, though we never do actually find them.
Later I ask nicely, though our guard won’t let me hold the AK, even when unloaded. I had to ask. 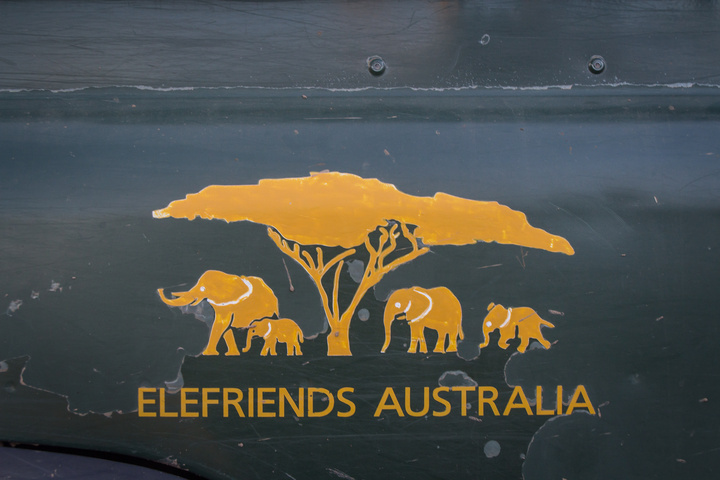 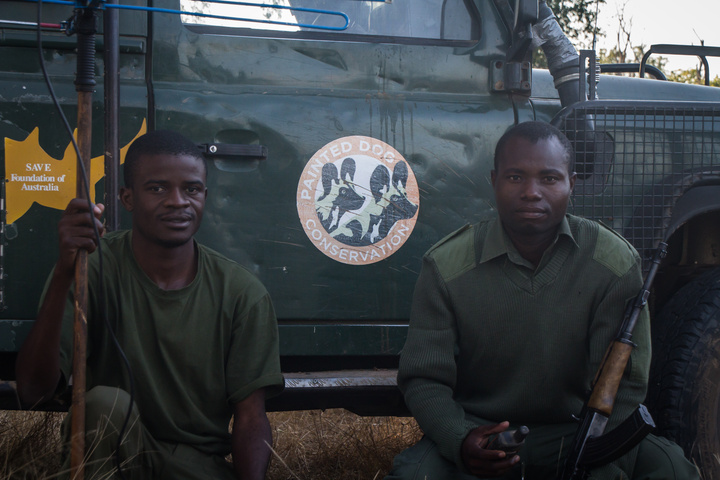 Our guide and guard 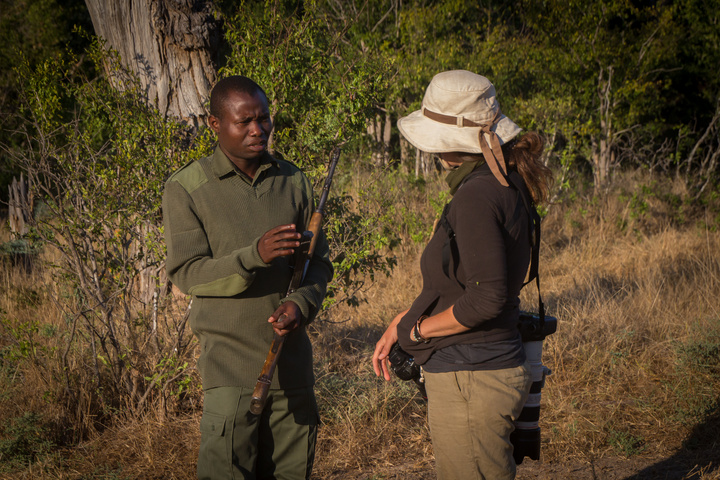 Our guard, complete with AK

A little further along we finally spot the group of painted dogs sitting on the dry riverbank, and we’re able to walk within about fifty yards of them. They’re somewhere between a regular dog and fox, and each has extremely unique and beautiful markings, giving rise to the name “painted dogs”. The man tracking the dogs mentions one has been missing for a week now, and he suspects it has found a den to give birth. These dogs are extremely endangered, and many people who go on safari every year have never seen one. 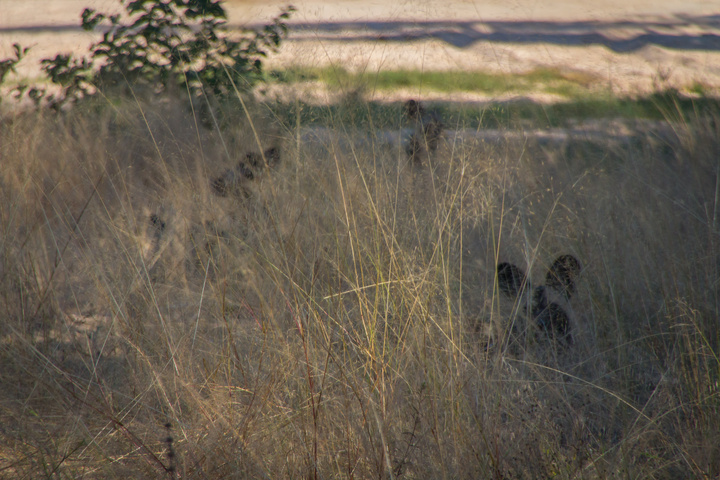 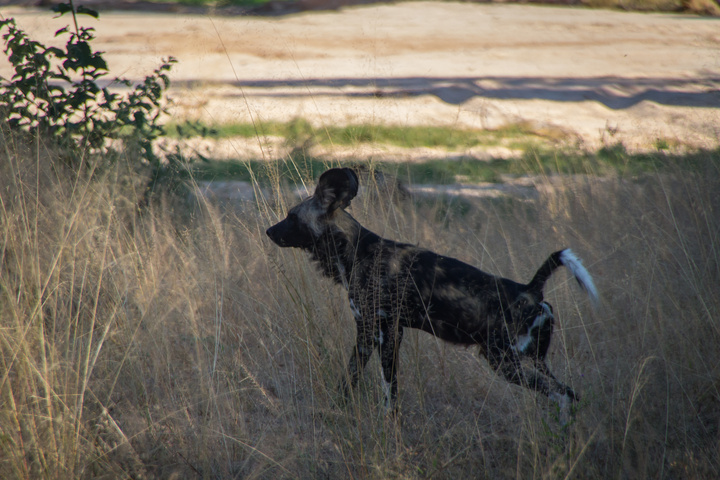 The painted dogs all have unique patterns

In the evenings sunset over the banks of the Zambezi is spectacular, and it’s hard to pry ourselves away to cook dinner. 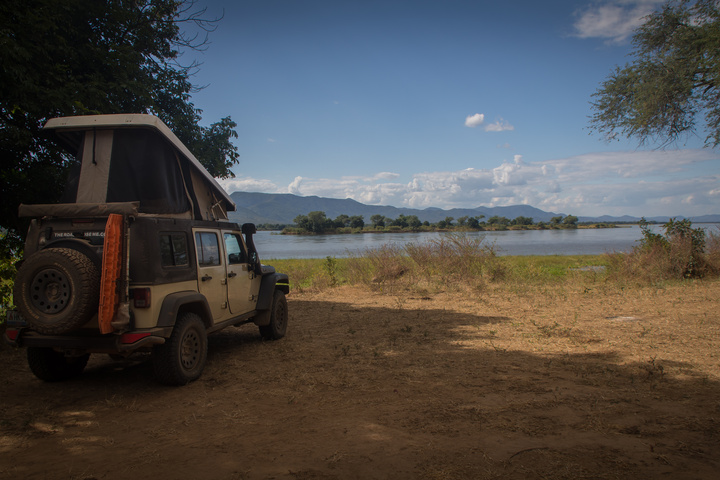 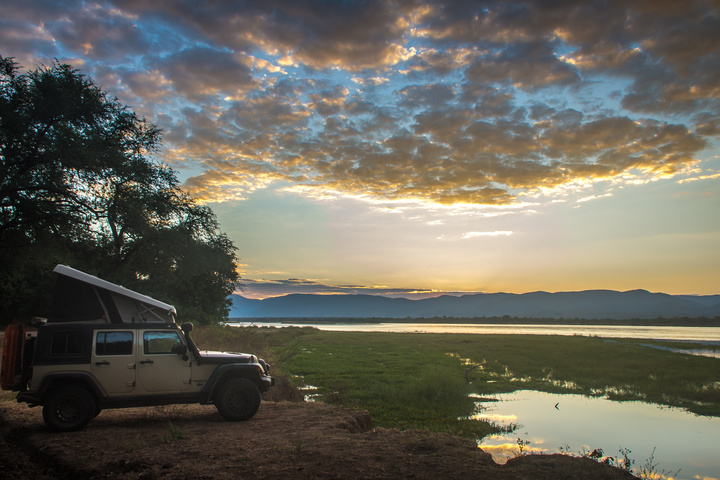 On our final day we stay late into the afternoon and then make a beeline for the exit so we won’t have to pay another day of entry fees. Just at sunset we find a place to camp outside the gate and fall asleep early after long days looking for animals. In the middle of the night Em wakes me up, and when I peer down I see a large Hyena standing at the rear tire of the Jeep, less than six feet below me. It clearly knows we are there, and scurries away.
Later in the night I am woken by a lion’s roar and in the morning I find fresh elephant poop nearby. 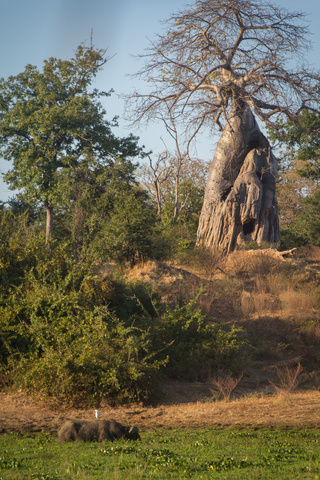 Buffalo in the waterholes are a common sight