My Dual Batteries are isolated with a Painless Performance wiring kit. From $149.99 From CDN$216.55 on Amazon

It’s been a long time in the making, and I’ve been grinning from ear to ear all afternoon, the realization slowly sinking in.

The Jeep is finished.

I’m ready to drive around Africa. 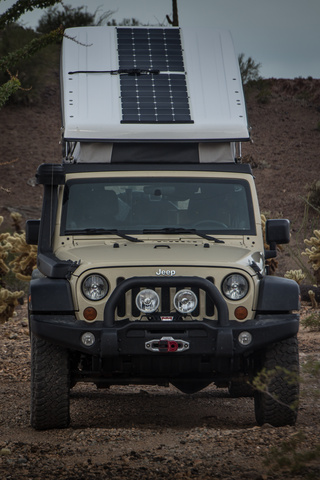 While I was at Ursa Minor they mounted two 100W lightweight Renogy Solar panels onto the roof of the J30 pop-up camper. These panels are the next generation of lightweight high efficiency panels. They weigh only 5lbs each, and are are extremely thin so there is virtually no additional wind resistance. The guys at Ursa Minor added a very small wind deflector to the front lip which is great. 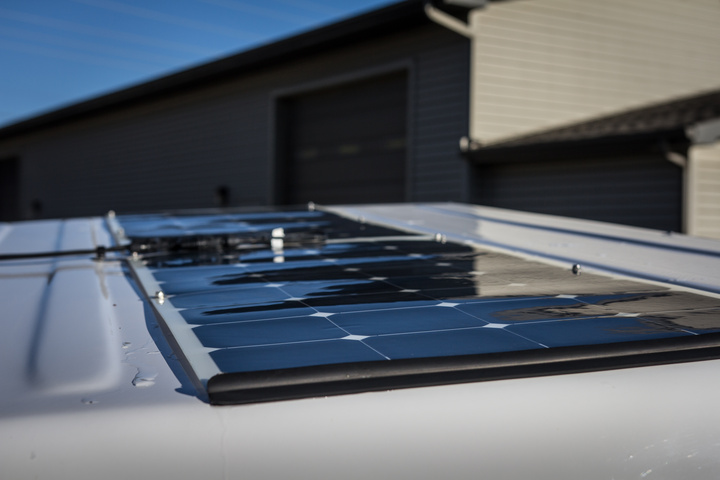 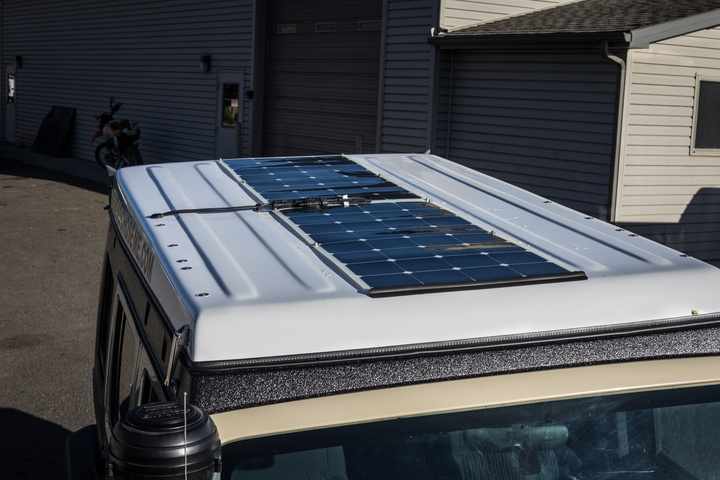 To go with the panels a 20 Amp Renogy ViewStar Solar Charge Controller has been mounted in the rear cabin. This controller lets me monitor the voltage of the second battery, how much power is currently draining from the system, and how much charge the panels are putting out at any given time. It also has a host of functions to turn off the power outputs at various times of day, or night, or whenever you choose. When I get up at 6am the panels are already making power, refilling the second battery from a night of running the fridge, interior lights, laptop charging, and everything else. I designed the system to allow at least a week or two of not running the engine without depleting the second battery, which I will test down the road. 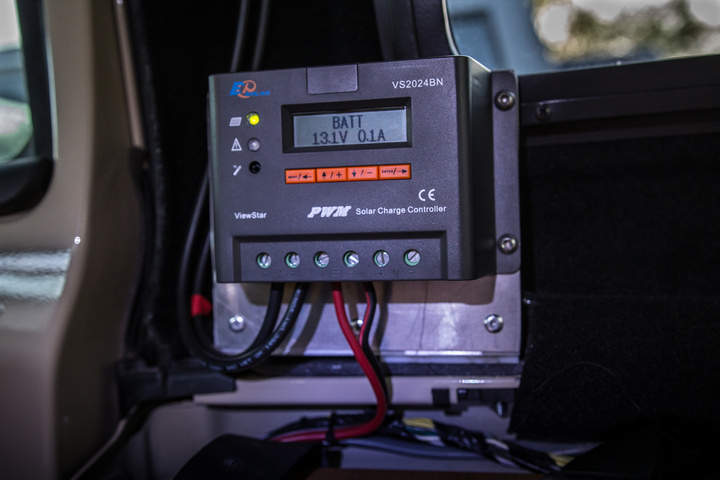 Also at Ursa Minor the guys fitted an ARB awning to the rear of the Jeep. This 1250 awning is a perfect fit width-wise for the Jeep, and the guys made a very strong bracket to mount the awning in just the right place so it sits above the rear glass when it’s open. The awning is attached to the “lower” part of the top so it doesn’t go up with the roof. It’s also above the high-mount brake light that is part of the J30 camper. 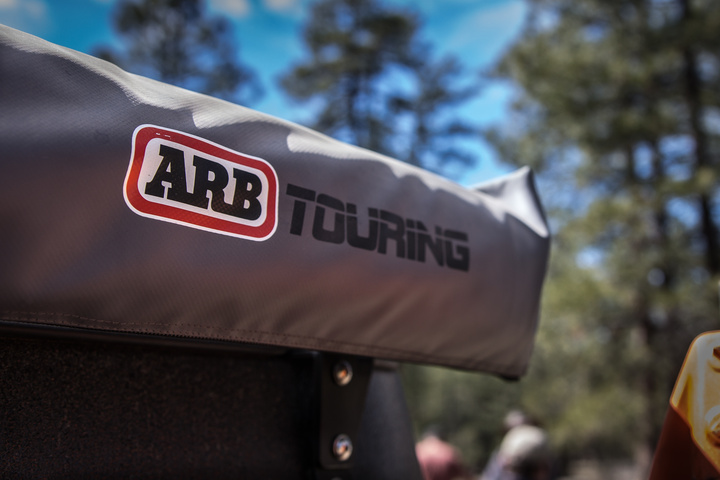 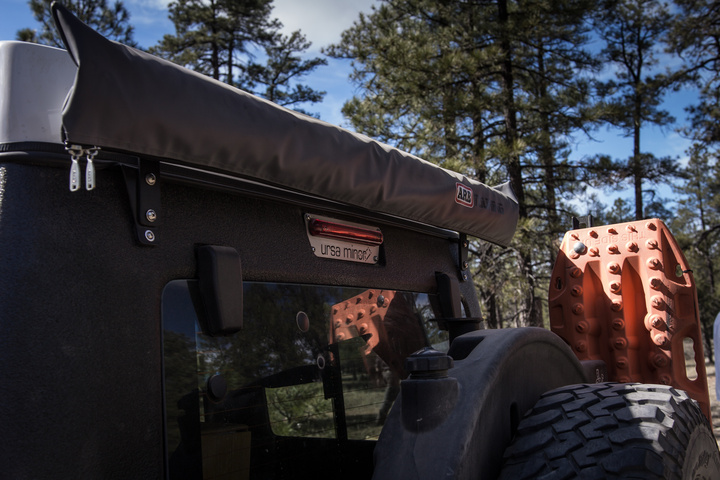 ARB Touring awning mounted to the rear of the J30 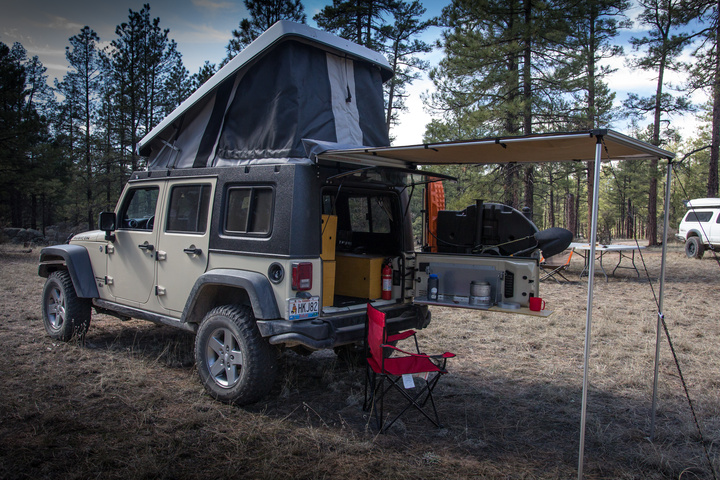 ARB Awning open over my kitchen

A few weeks back Richard and I mounted an ARB air compressor under the hood – from Alaska to Argentina I had 16 flat tires, so having a dependable way to inflate tires has always been a must for this Jeep. Putting the compressor under the hood saves valuable interior cargo space. One of my tires has had a nail in it since I bought the Jeep, and I’ve just been topping it up every couple of days with the ARB compressor. It takes the tire from ~20psi to ~37psi in a minute and a half, which is great. 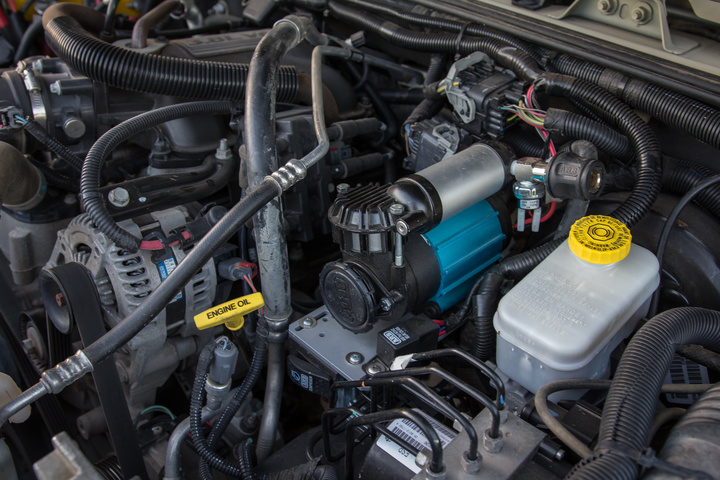 I’ve also swapped to steel wheels, known as the “Mopar Winter Wheels”. The huge advantage of steel wheels is the ability to use a sledge hammer to get them back into shape in case of damage – an aluminum wheel will just crack, which would leave me stranded. A 16” tire would be more common in remote Africa, though the reports I’m getting say there enough high-end 4x4s getting around to ensure 17” tires can be found, though likely they won’t be cheap.
I had the wheels powder coated a textured black, so they look slick too 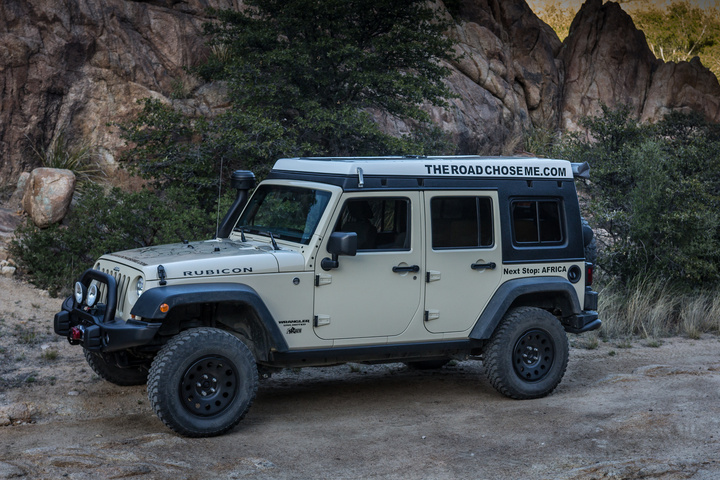 A highlight from my last trip was the map of the Americas I painted on the hood, and the yellow line I painted as the trip unfolded. I could see the map from the drivers seat, and it helped motivate me and remind me of the scale of what I was doing. On numerous occasions at borders and checkpoints the map became a talking point, which often ended in multiple policemen shaking my hand and wishing me well. It was a phenomenal way to convey what I was doing, and people seemed to rally around it.
Given that experience, adding a map of Africa to the hood was an easy decision, and I’ve stepped up the fancy using a decal this time. I will again be painting my route as I move through the journey. 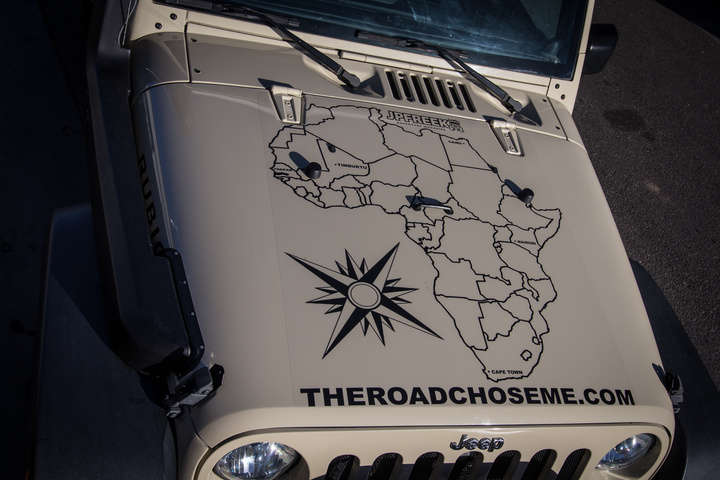 The famous quote is “it takes a village to raise a child”, though in this case I think it’s appropriate to say “it takes a village to build a Jeep and make a dream come true”. I absolutely could not have done this without the help and support of so, so many people. Friends, family, new friends and random strangers who wish me well.
I am extremely grateful to you all. You all have a seat in the Jeep whenever you want. Find out where I am, fly into a random country and I’ll pick you up and tour us around for a few weeks. Sid the Sloth is looking forward to your visit already 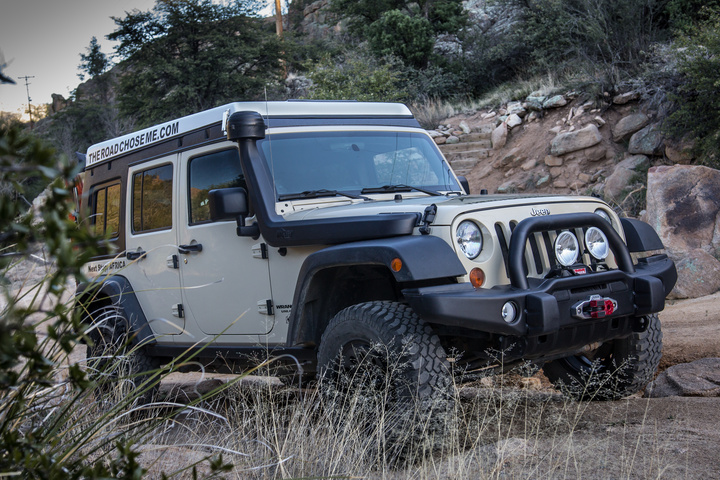 The Completed Jeep, looking for adventure

I’ll be at EJS in Moab all this week with the Jeep. If you see me, flag me down!

NOTE: To the Jeep crowd – For now I’m running the stock Rubicon BFG 255/75/17 Tires on the Mopar Winter Wheels without spacers and there is absolutely no rubbing. 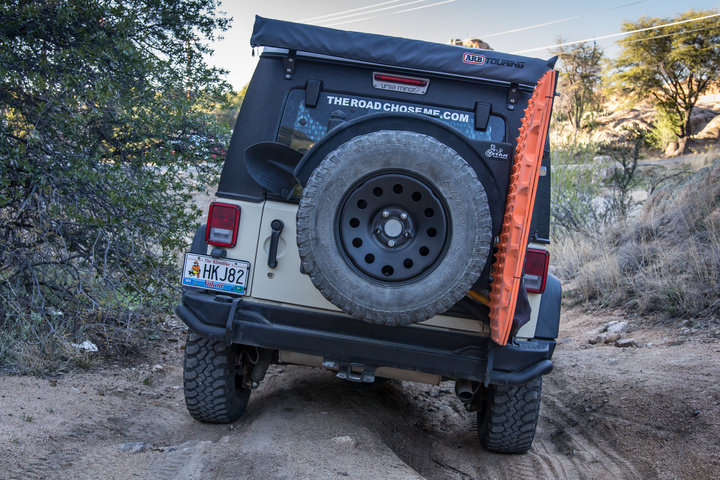 Completed Jeep from the back

The ARB awning is rated 4.5 out of 5 stars from 168 customer reviews on Amazon.