Out of pure luck I’m in Banjul for a massive celebration, a great chance to get out on the streets. People are bursting with happiness and pride, and even the Police are happy to have their picture taken for a change. 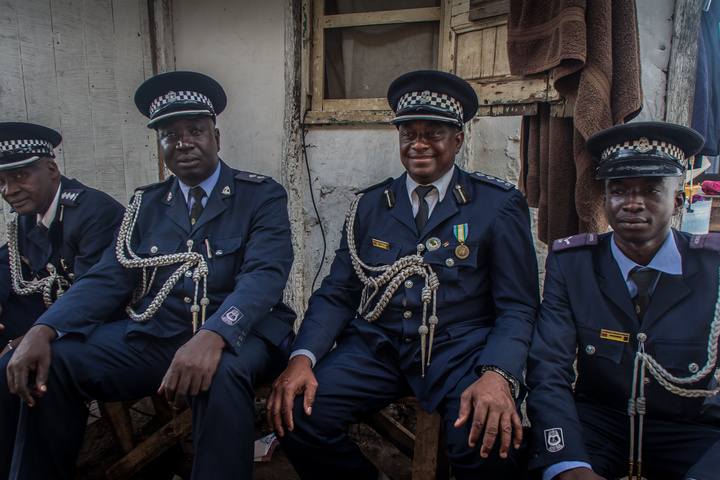 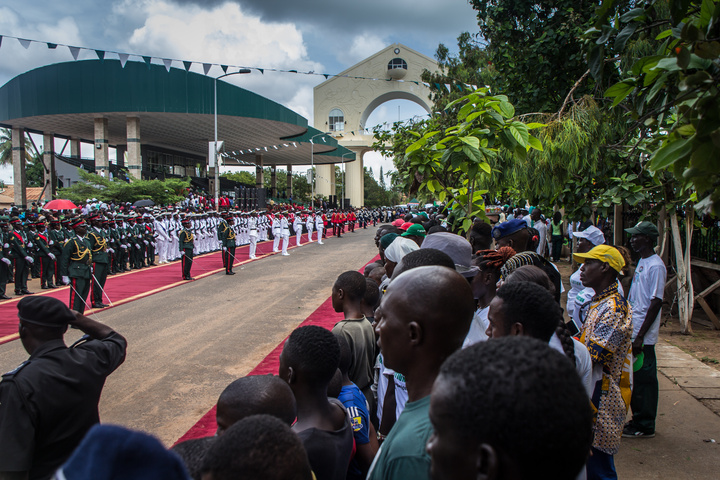 People at the Independence Arch 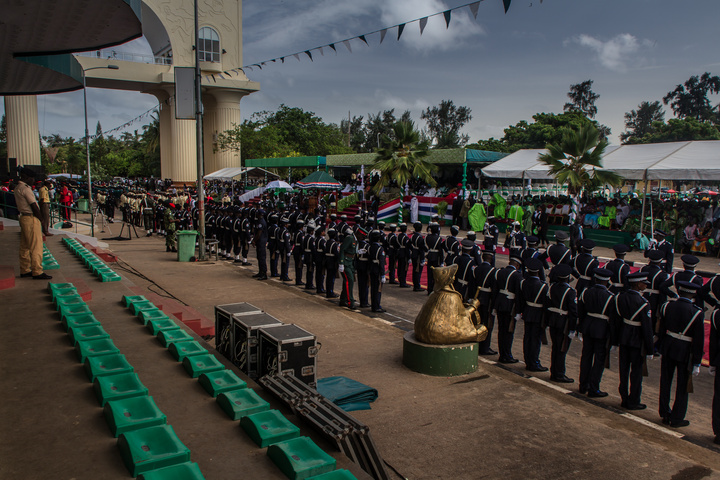 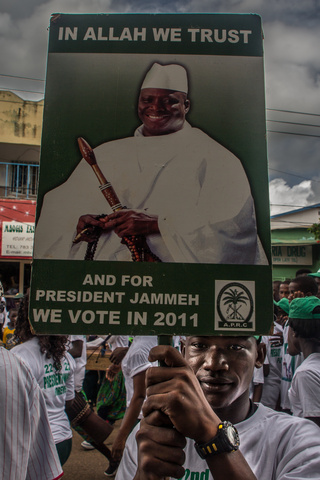 They love their president! 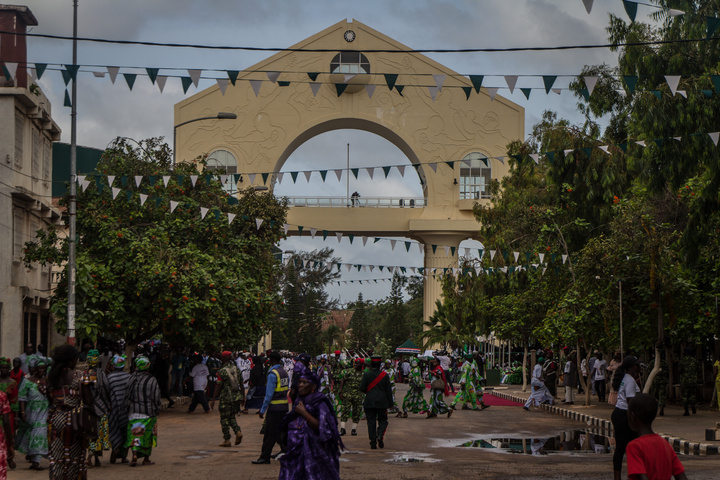 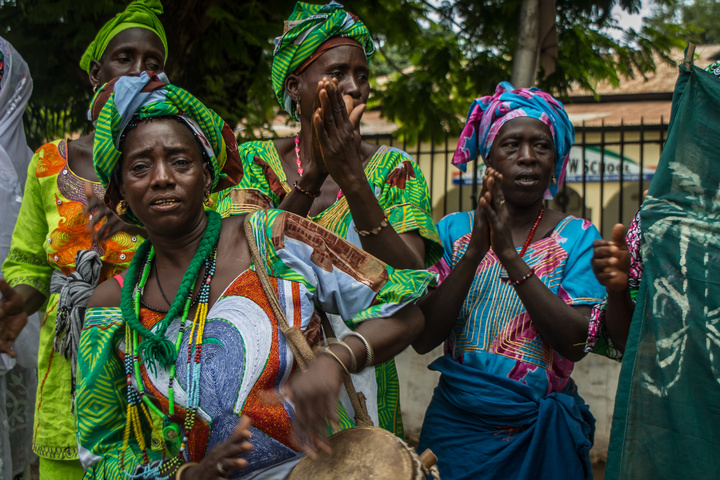 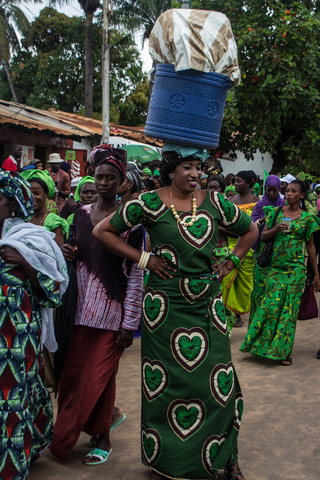 I see people carrying stuff on their heads everywhere now 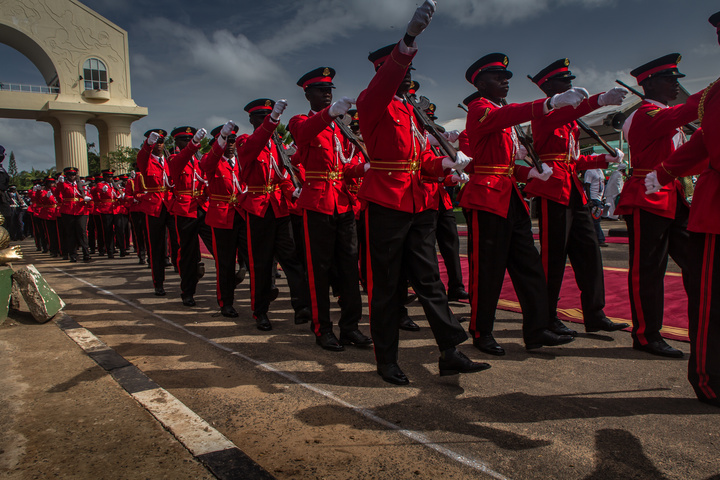 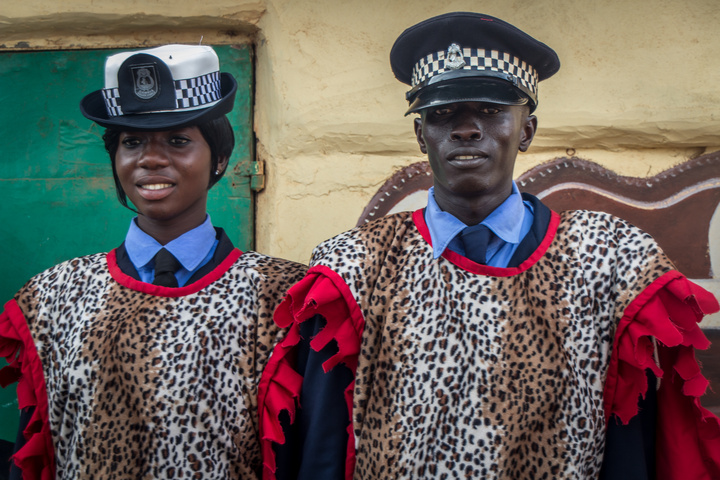 These guys befriended me 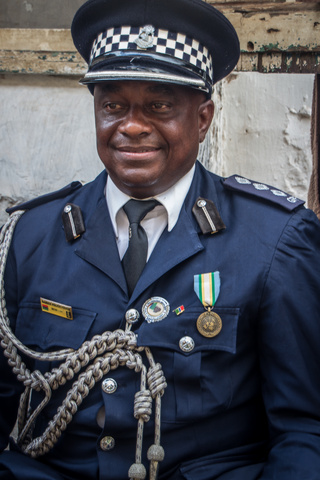 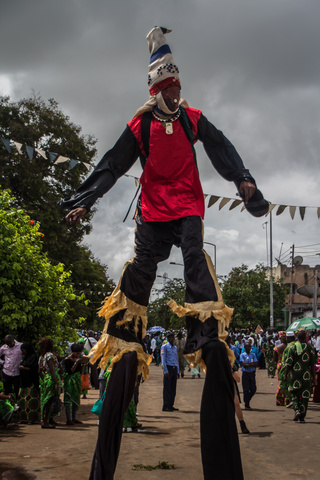 This guy demanded money for my photo… 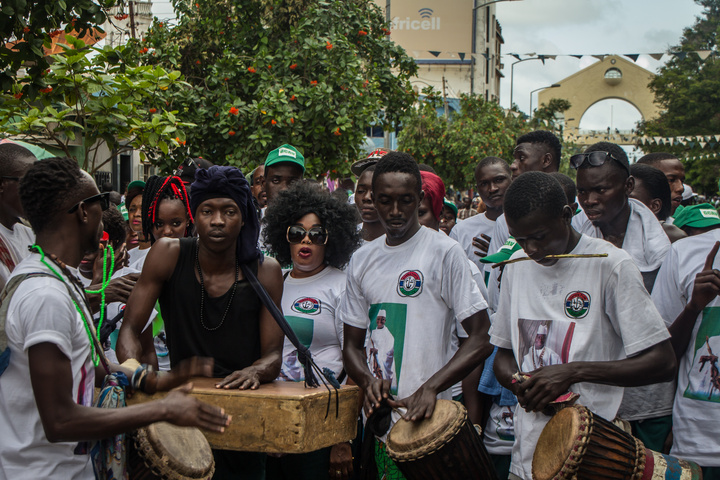 These young people were singing and dancing with immense passion

For the last couple of days extremely dark clouds have been building, and thunder and lightning have been cracking in the distance. I’m on foot in the city center when the skies open for the first time, absolutely thumping down the heaviest rain I have ever seen in my life. For 45 minutes the rain, thunder and lightning are unrelenting, leaving the entire city at least a foot underwater. Everyone huddles together under roof overhangs and umbrellas, not in the least interested in what’s going on around them.
Trying to walk through the city means hopping on stones, crossing to broken sidewalks and trying to avoid the deepest of the rivers forming on the roads. The water is, of course, mixed with the sewage.

I’m told to expect this every day from now on. Here come the rains!