I’m told the road on the South bank of the mighty Gambia River is under construction and to expect huge delays, so I opt not to catch the small ferry across at either Georgetown or Farafenni. I re-trace my steps on the North bank, heading West, towards the coast. There are plenty of military checkpoints, and at every single one the guys with guns are extremely friendly and welcoming, genuinely wishing me a good stay in Gambia. I give out my card and accumulate Facebook friends.

With tons of slave-trade history I make a detour towards Jufureh, right near the famous James Island. The road into town is extremely rough – I’m mostly in first and second gear – so I take my seat belt off and lean forward in the drivers seat for a little more comfort. There are no other cars around, it’s safe enough. Just as I roll into town I pass through a Police Checkpoint and they are on me in an instant. 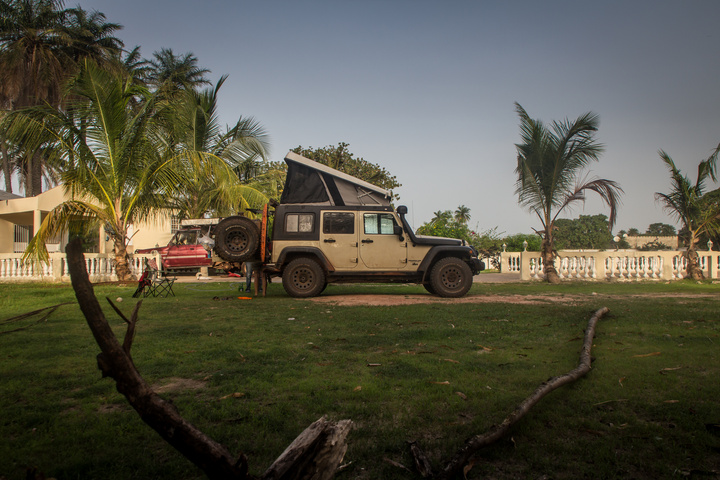 Quick as a flash one is demanding to know why I’m not wearing a seat belt, another is saying he is a narcotics officer and must search the entire Jeep, and yet another is saying it’s an offense to film in Gambia and I’m in big trouble (the GoPro is on the mirror and turned on).

Commence about an hour of the narcotics officer extensively searching the Jeep, opening every single compartment, thumbing through every single document and checking every single pill and item in my first aid kit. Of note he finds my hidden cash and gives it to me (so there is no funny business, he says). He finds my second passport and is not happy, demanding to know who I am and why I have two passports. He finds my hidden credit card and again gives it to me for safekeeping.

I have to give credit – the guy finds almost all the documents and money I have hidden, but not quite all

Eventually the narcotics guy is satisfied, though he says he must confiscate my engine oil, because it’s it’s a coke bottle and he can’t be sure it’s not drugs. Even after I pour some on a rag and get him to smell it, and offer to pour some into the engine, he is adamant he must confiscate it. I honestly think he just wants to save face with the gathered crowd and make it look like he did find something to justify the hour long search and detention. 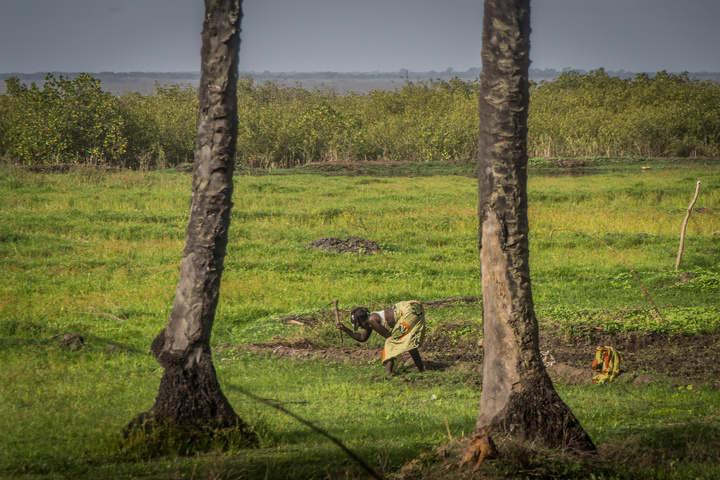 A lady working the rice fields in the early morning

I wind up in the office with the narcotics guy and the original offer, who now says I must pay a 50 euro fine for the no seatbelt, and a 50 euro fine for the video camera.
Of course, they’ve seen my hidden money so they know I have the cash.
I go back and forward for about 20 minutes, trying to be respectful, trying to negotiate, trying to say it’s all nonsense, though I can see they are pretty set on it. I get stubborn and say they need to write me a ticket, and I will go to the big city to pay, they of course argue that’s not possible in Gambia and I must pay them cash right now. Yeah, of course.

Finally, I lose my cool, raise my voice a little and say

“I’ll make you a deal. We’re going to watch the next vehicle drive past and if the driver is wearing a seat belt, I will pay your 50 Euros. If he is not, I’m leaving without paying.”
(NOTE: Nobody in Gambia wears a seat belt) 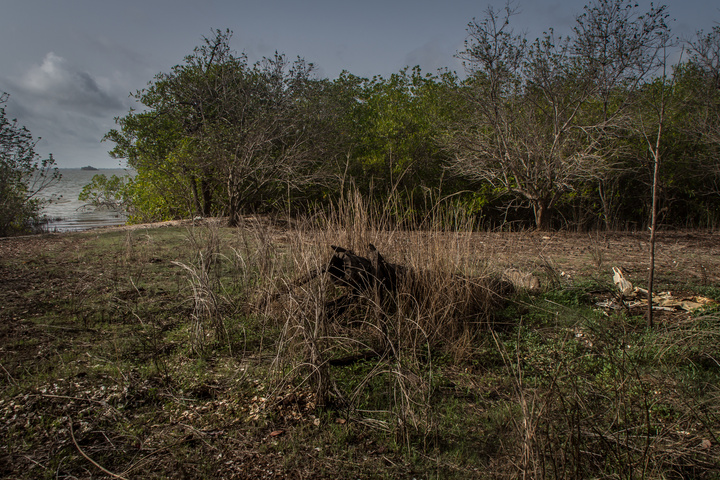 James Island in the background of ruins 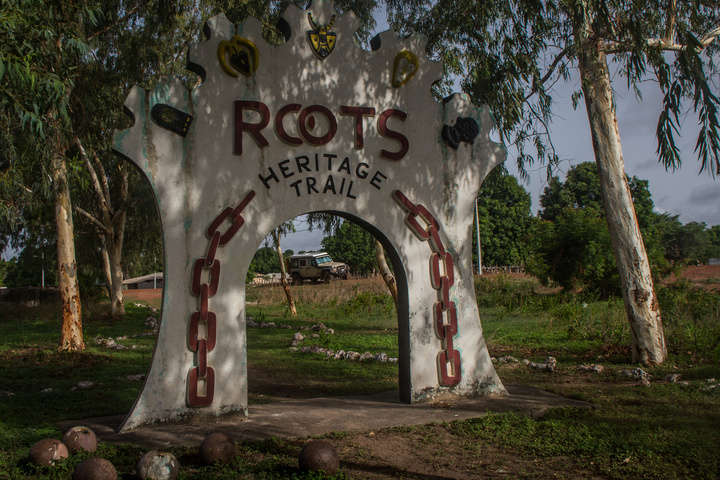 Entrance to the Roots Heritage Trail. Sorry Jeep, walking only.

The narcotics officer immediately cracks a huge smile before he can cover his mouth with his hand, so I know the game is up. The original officer starts yelling that I’m disrespecting him by telling him how to do his job, etc. etc., though I know in the end it will all calm down. Eventually they give me back my papers and tell me to be on my way.

Another day, another shakedown and bribery attempt.

The quaint little town of Jufureh, is extremely clean and friendly, prepared for the influx of tourists in the right season, and I camp in the gated compound of a big deserted tourist place, chatting to the old friendly care taker. There is lots of slave history here and a famous walk on the “Roots” trail made famous by an international author who traces his roots here. I also happen to bump into a mini bus full of Gambian University students touring their country – they are all final year teachers and want to learn more about their country to become better teachers. It’s really cool to meet young Gambians who are excited about their country and the future. 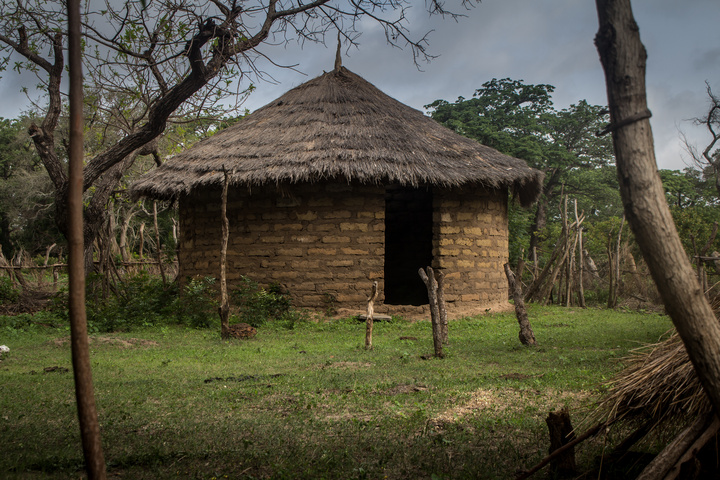 The house of Kunta Kinte 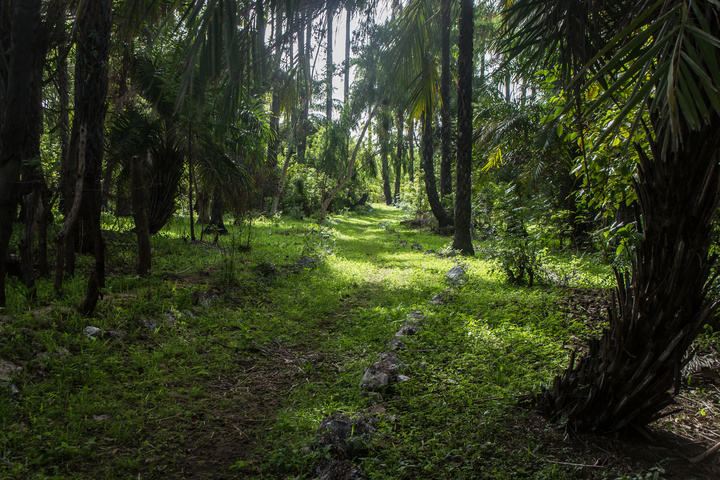 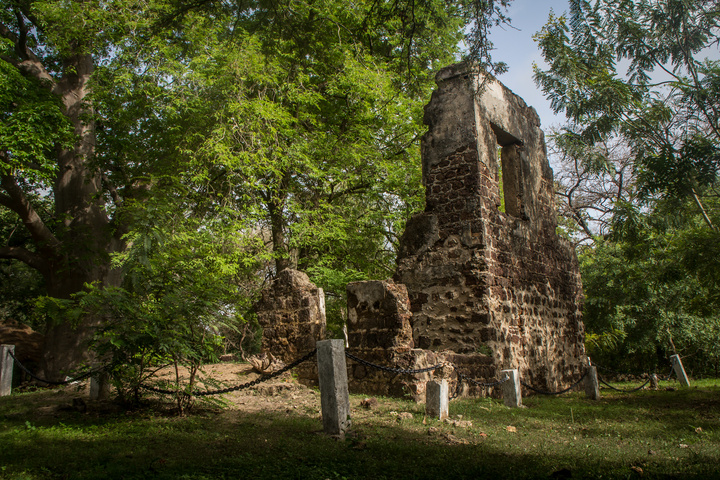 Ruins of slave buildings on the trail

In the morning I make a shirt drive to Barra – just across the river from the capital of Banjul. Here right at the mouth the river is enormously wide (I can hardly see the other side) and the ferry situation is a complete debacle. At first it looks like I’ll be paying the equivalent of 90 euros – locals pay about 5 – because of the foreign plates on the Jeep. After a lot negotiation and back and forward, someone finally says the price is all related to the currency of my home country and the exchange rate.

“What currency?” I ask, which causes everyone to pause and look around. They are not sure if I’m American, European, Canadian or Australian, and have no idea what kind of money I would use in any case.

Eventually they let it slip that when paying in Euros, it’s only 10. I pay immediately, and smile when the lady stares at the Euro note and the receipt says I paid $10 USD.

The sun belts down all day, and after seven hours waiting in a line that is constantly skipped by bribery and VIPs in Mercedes with tinted windows, I finally board the ferry with the Jeep and we set off to Banjul. To top it all off a guy who says he is the secret police tries to confiscate my camera, but of course he can not produce ID. When I call his bluff he says I’m in big trouble, though nothing happens after him furiously making phone calls for 20 minutes. 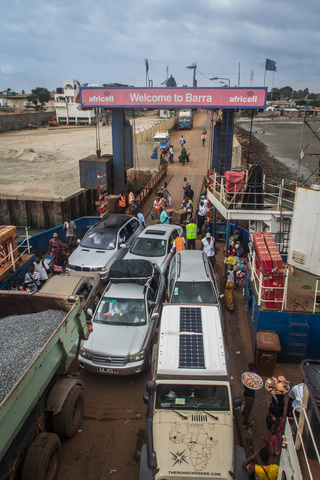 Jeep loaded on the ferry from Barra to Banjul

Just as I relax, thirty minutes into the journey, the ferry makes the world’s slowest U-Turn and goes back to our starting point to load an ambulance carrying a patient.
I count my lucky stars the Jeep was not the last vehicle.

While in Banjul for a couple of days I make a visit to Abuko Nature Reserve where I see baboons and a lot of beautiful nature, taking a boat ride and watching locals fishing. 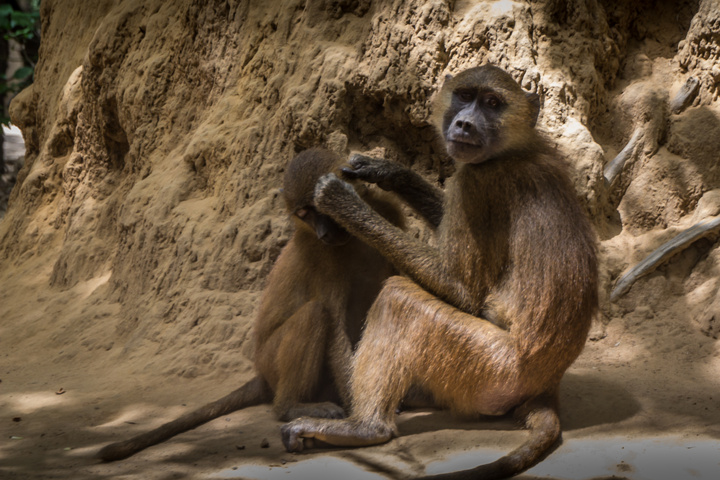 Baboons at the Abuko Nature Reserve 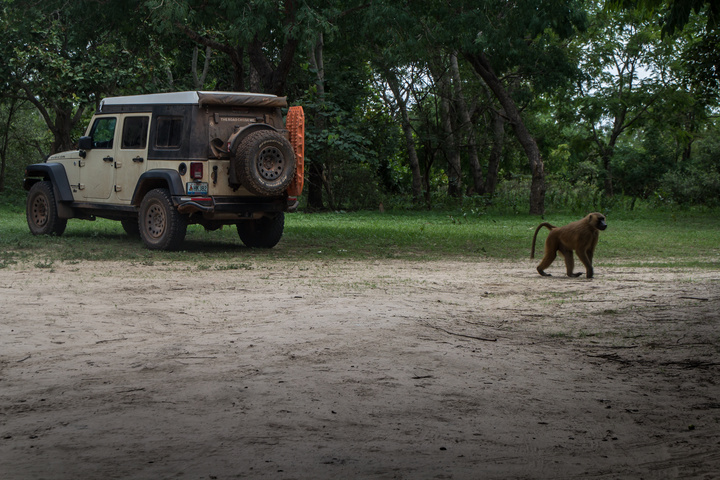 I was told to fold in the mirrors, else the Baboons would see their own reflections and tear them off 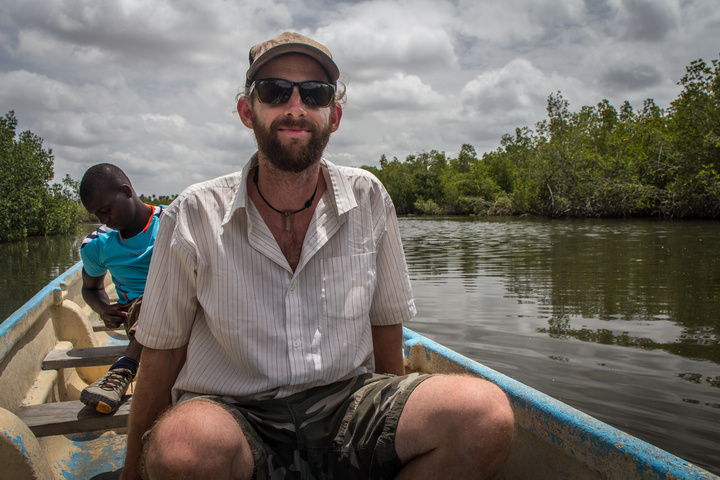 On a small boat tour in the Abuko Nature Reserve 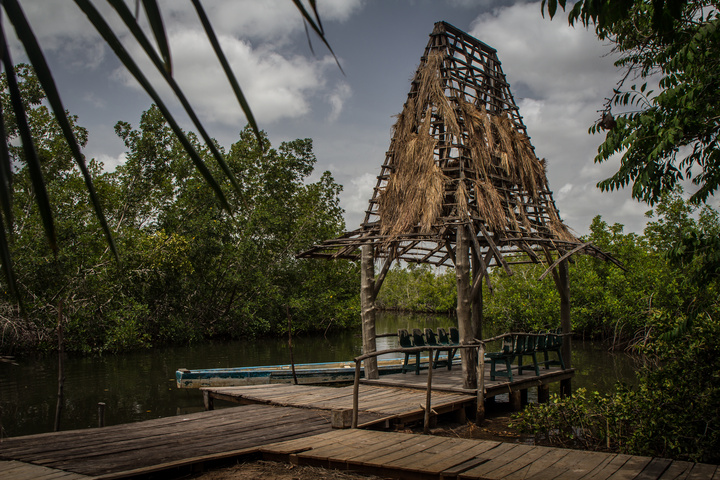 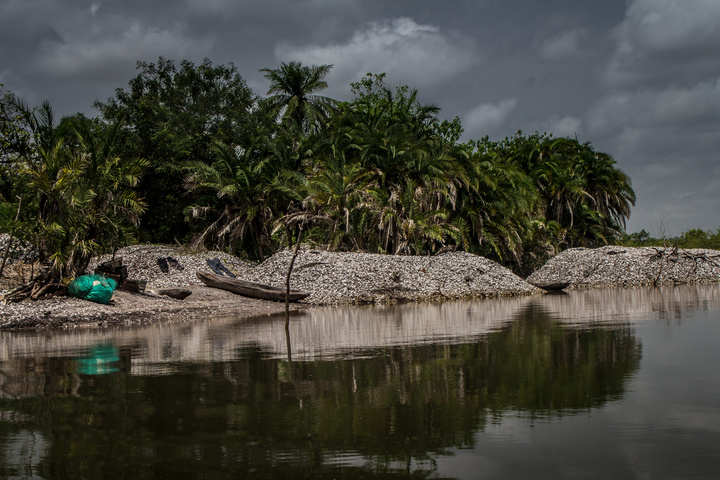 Mounds of oyster shells in the Abuko Nature Reserve

Wow, Gambia has a lot to offer!