Georgetown and The River Gambia

Further along the North bank of the Gambia River I come to a ferry crossing over to an island that contains Georgetown, a large town full of slave-trade history. 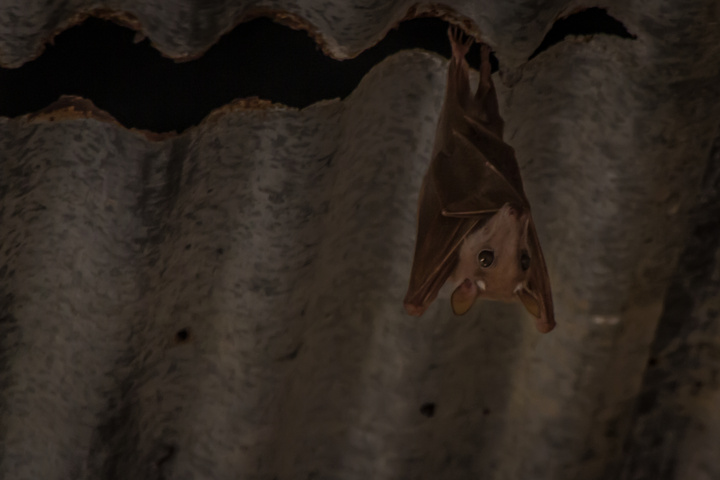 A bat, which I believe can carry Ebola 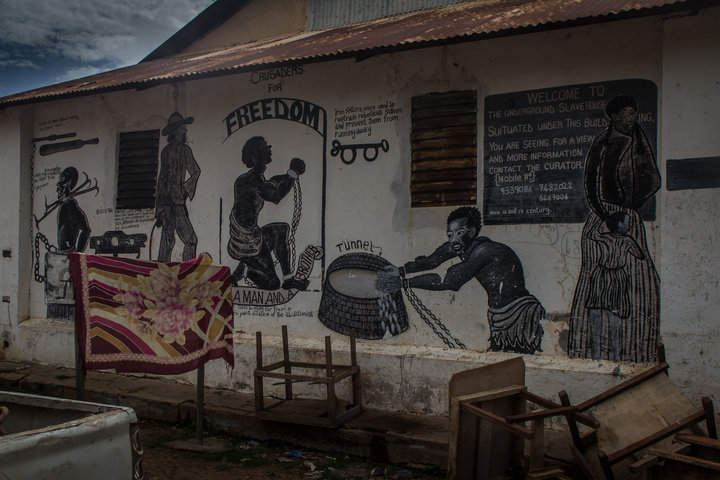 Depiction of slavery in Georgetown

I find beautiful camping right on the side of the river, and make my way on foot into town where I’m shown around the various historical slaving sites. Slaves were mostly held here as a stop over point before being moved further downstream towards the ocean. One spot I find interesting is the “Freedom Tree” – a tree growing in the centre of town. The story goes that if a slave could touch this tree, they would immediately be granted their freedom, and supposedly more than a few made it. 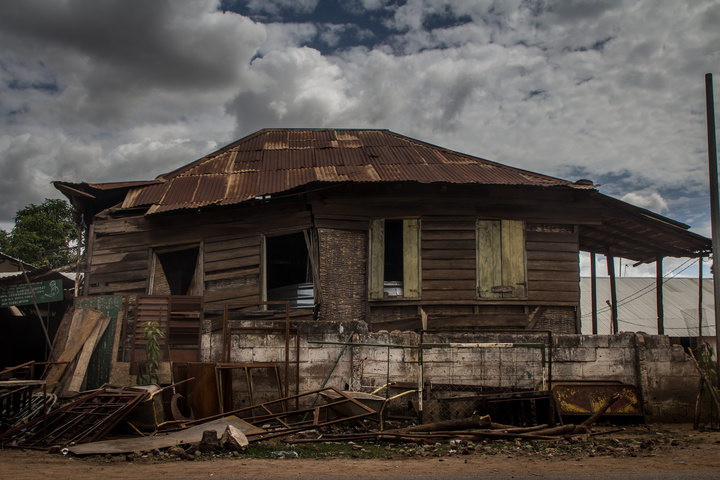 One of the famous slave buildings 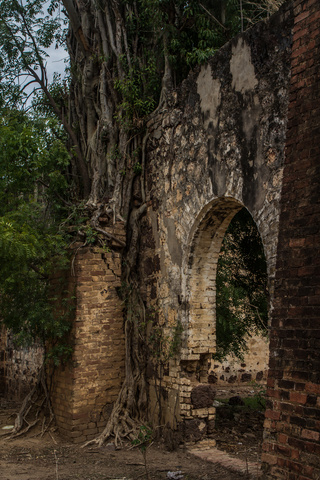 One of the old slavery buildings in Georgetown

I get a brutal stomach bug, and cease to function for an entire day, unable to move further than the ground to the bathroom and back. I then drag myself around for multiple days afterwards, until finally I go to a pharmacy and for about $2 get some anti-parasite tablets that have me feeling 100% within 12 hours. I should have done that sooner. After asking around, all the locals warn me not to eat mangoes in the rainy season – they can have a worm inside that does exactly what I experienced. I’ve been eating a lot of mangoes since they showed up in Northern Senegal, and the last one I ate did look a little strange. Hmm. No more mangoes. 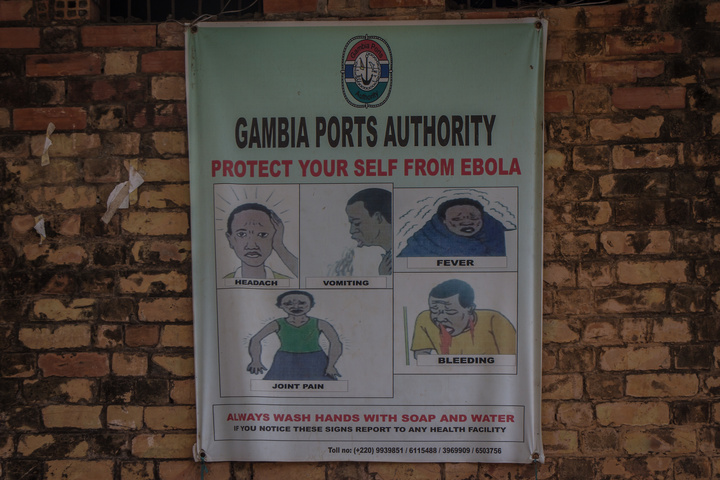 The day after I saw this sign I got horribly sick from a bad mango. Not fun.

After a few days rest I book a tour of the River Gambia National Park, with none other than The Stone Man. When I jump into the boat the captain is introduced as “Hippo Man” because he never fails to find the hippos. I explain I have never seen one before, and he says “Give me 30 seconds”. The boat moves barely 50 meters from where we got in, and right there in the shallow water is a female hippo! Coooool.
People are swimming and washing clothes less than 20 meters from the hippo, which shocks me!
The guys explain this one has lived here for years, and has never hurt anyone.
She’s mostly hiding from the big males, it seems. 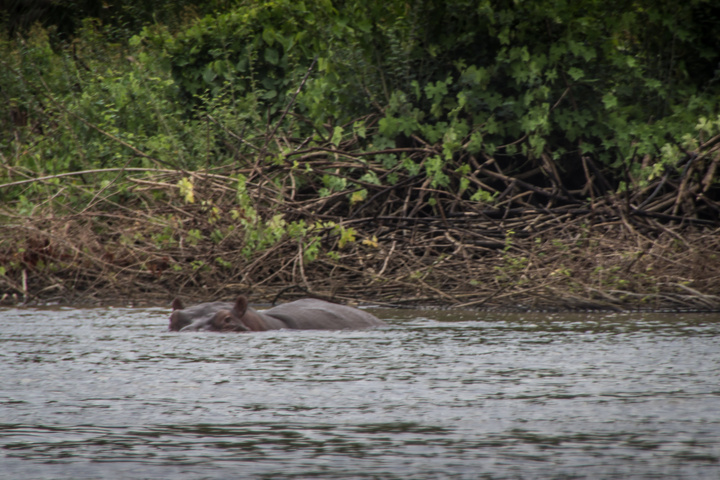 My first hippo! Locals were washing clothes and swimming a few yards away, not at all worried

We motor further upstream in the monster river into the National Park, where a Park Ranger hops on board. He explains about the chimpanzees that live on the islands, and how carefully they are protecting them.
All the while we catch glimpses of more hippos, mostly when they stick their heads up to breathe. There are a couple of little ones and a massive, massive male hanging around. The size is staggering, and I’m told it weighs more than my Jeep (over 6,000lbs)

After a lot of searching the trees we spot a female chimp, nursing her newborn. The ranger even knows her name, and she seems quite happy to see us, sitting still for my photos for a couple of minutes no problems.

A Chimpanzee with young baby 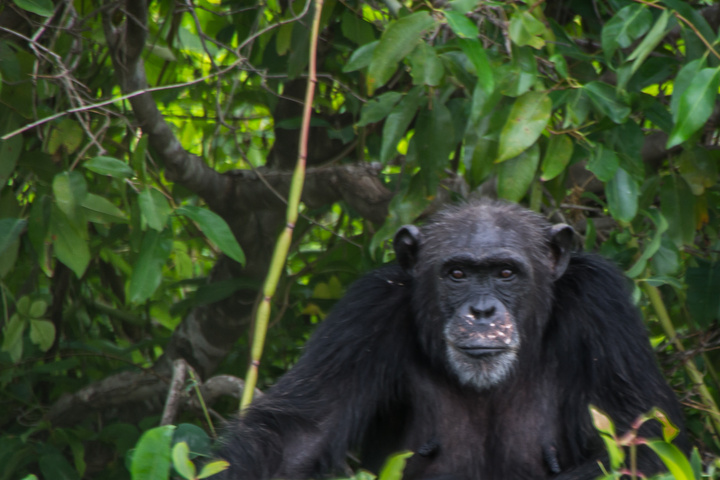 She seemed happy to see us, and hang around for five minutes

On the way back downstream we see the locals moving cattle across the river – they herd them in on one side and simply have them swim across to the other. One man swims with them to help encourage, and while I think they’re struggling badly, they all make it to the other side OK. 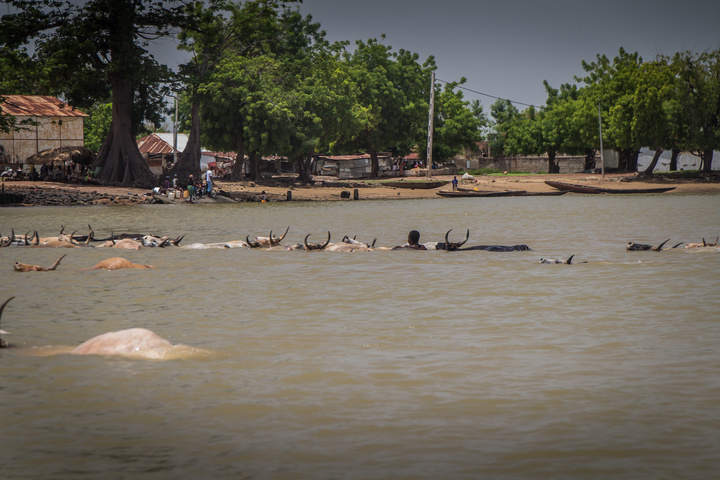 Cattle swimming to cross the river

The day finishes with a long walk through the rice fields and nearby forests – thick with baobab trees and monster ant hills where we see a large troop of baboons racing along the ground trying to get away from us. 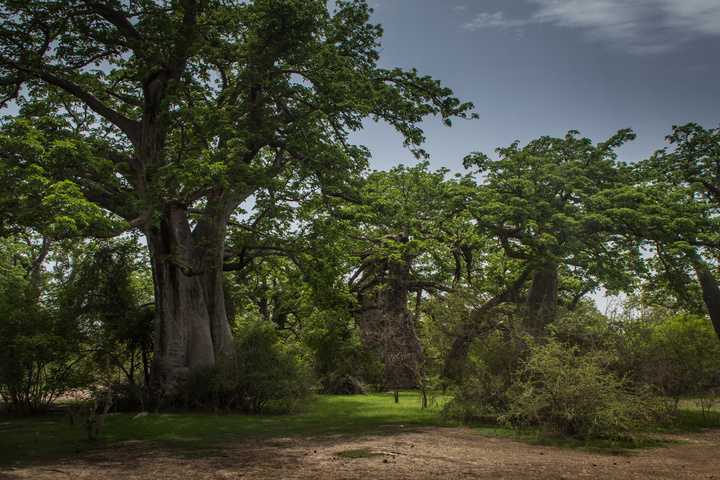 This place is hard to believe – history, wildlife, beautiful nature and friendly people at every turn! 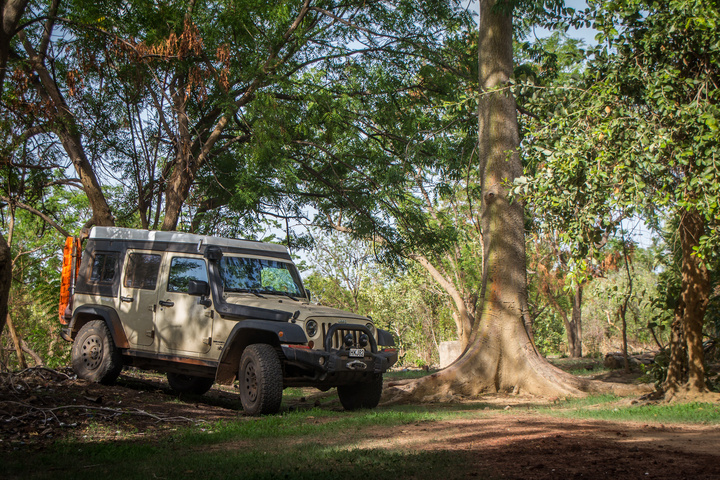 To get out the last of the water from the drinking tank I park on angles – great for posing photos!