Lazing about enjoying my beach side paradise one afternoon, Pascal gives me the good news – get to the Angolan embassy as fast as possible. It turns out a one month visa costs the same as a seven day visa. And a double entry visa also costs the same. As you might guess, I go with a one month double-entry visa.
On the way home I buy an ice-cream celebrate – actually freshly made ice-cream from an ex-pat who has setup shop here. Again, Congo continues to impress and spoil me. In so many ways it has been utterly different than my expectations, though always in a good way. I could easily spend a couple of months here, sinking into the local culture. 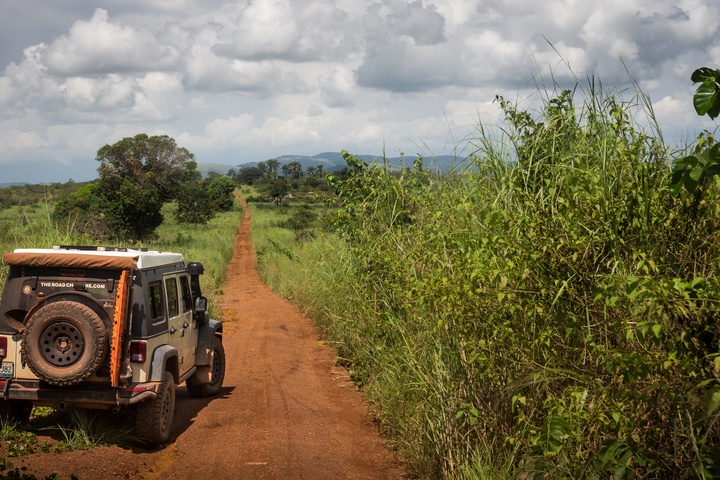 Roads in Congo have always been spectacular!

Traversing the West Coast of Africa requires crossing the Democratic Republic of Congo (DRC) one way or another. It is certainly not the most stable of countries, and is renowned for being one of the least-functional in terms of government infrastructure, roads, electricity, etc.
That is despite – or because of – having probably the most valuable mineral reserves on earth, which are being heavily exploited by absolutely everyone.

Often the capital of Kinshasa would rate among the top five most dangerous places on the continent, I think. Recently the citizens have been protesting the lack of a promised election. Knowing he will be voted out, the President simply does not want to hold one, so he just keeps pushing it back – apparently indefinitely. Protesting in Kinshasa means burning cars and rioting in the streets. I will be avoiding Kinshasa. 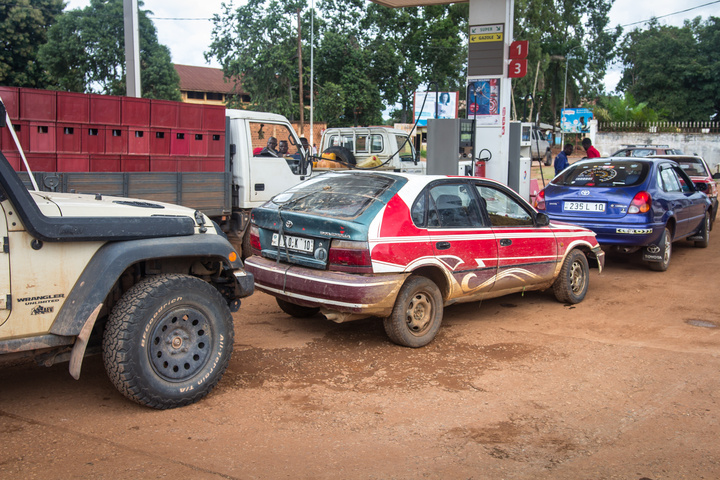 The last gas station in Congo. Needless to say I filled every last drop

Whatever I do, I must enter the DRC and I must cross the mighty Congo River. Contrary to my previous thoughts, the mighty river is not always the International border. Downstream of Brazzaville/Kinshasa it is completely contained within the DRC – so each bank is still the DRC.
There is no actual car ferry at Brazza/Kinshasa, only a bunch of ad-hoc things that wind up in a lot of bribery and hassle, so I never seriously look at crossing there.

Leaving Congo behind. It’s been a blast

My double-entry Angolan visa means I have two really viable options to get across.

Firstly, I can move South from Pointe-Noire and enter a small region of Angola called Cabinda. This is the part of Angola with virtually all the oil reserves, and is actually completely separate from the rest of Angola. I am told it is a friendly and clean place, if not a little boring. From Cabinda I would continue South and enter the DRC, only having to cross a couple of hundred miles before reaching the massive bridge over the Congo River at Matadi. (Yes, there is a bridge!) The border with mainland Angola is not much further at all, and I would use my second authorized entry to get in. I am told the roads are in good shape, and to expect some bribery in DRC. Many people actually advice me to alter my usual strategy and just pay.
No doubt about it, this is the most conservative way to cross the DRC.

Wow, that’s the best bridge I have seen in a long time!

The other option, well, it’s a lot more adventurous.

Hundreds of miles on virtually non-existent roads, a ferry that may or may not operate to cross the Congo River and then many more miles of still nightmare muddy roads. I am told if it rains, all bets are off.
It is quite possible no vehicles can get through.

I have been tossing up this decision for a long time now. On one hand I came here for adventure and to explore the most remote places possible, while on the other hand I am very aware this may very well be biting off more than I can chew. The dangers are real, the chance of recovering the Jeep if it breaks down or gets seriously stuck are virtually nil.

This is a heavy decision, the DRC is no joke. 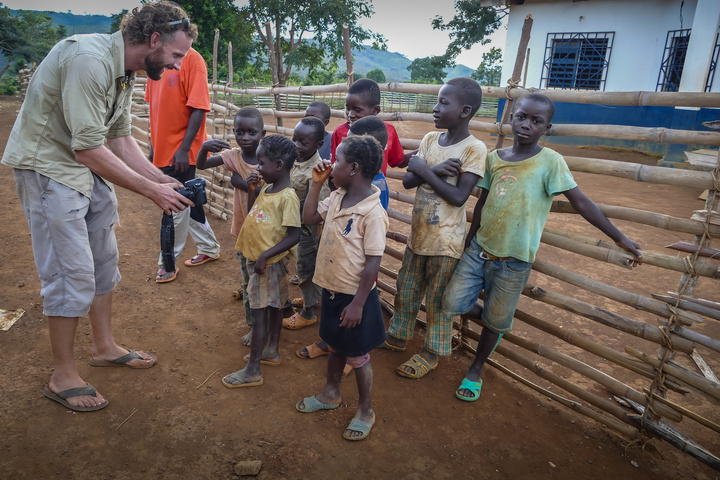 Kids love seeing themselves on the screen of my camera

I have been enjoying West/Central Africa so much, I am starting to realize everything I have come to love is almost over. I am told Angola has shopping malls, McDonalds and cinemas, and by the time I cross it and reach Namibia, I won’t even recognize where I am. No more horrendous mud, no more tiny villages with waving kids and no more super-remote bush camping away from people. (well, not the same, anyway)

I don’t want it to end yet.
I want to have one last adventure into tiny villages with nasty roads.
Whatever comes my way, I’m going for it.

Once again for safety – both personal and vehicle – I think it wise to team up with another vehicle.
A couple has also just got their Angola visa, and we decide to dive in together, hoping redundancy will help get us through.

Onwards then, into the DRC! 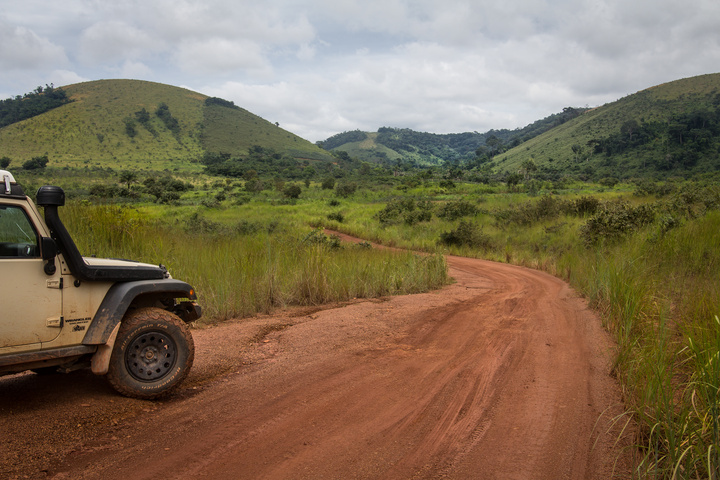 The green rolling hills of Congo have been staggering. This is South, getting close to DRC 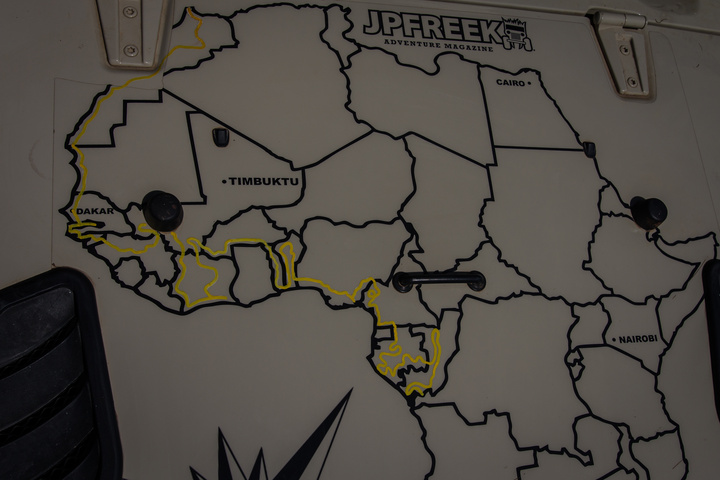