My Trangia Lightweight Backpacking Alcohol Stove has been reliable for 8+ years. From $84.18 From CDN$158.39 on Amazon

Not far away I find the beautiful Lake Tengrela, and after a quick chat to Francis, the friendly security guard who warmly welcomes me, I pay 1,000CFA (less than $2) to camp right on the shore of the lake for the night. Local families live right next to me, and wave a friendly hello, though leave me in peace for the afternoon and evening. I setup the Jeep a handful of yards from the water, surrounded by monster trees with exposed roots. I don’t think they are boabab trees, though they look fairly similar to me – if not taller. The views here are spectacular, and even before the beautiful sunset I decide this is the most beautiful campsite of the whole trip so far, the kind of place I dreamed about camping long before this adventure took shape. 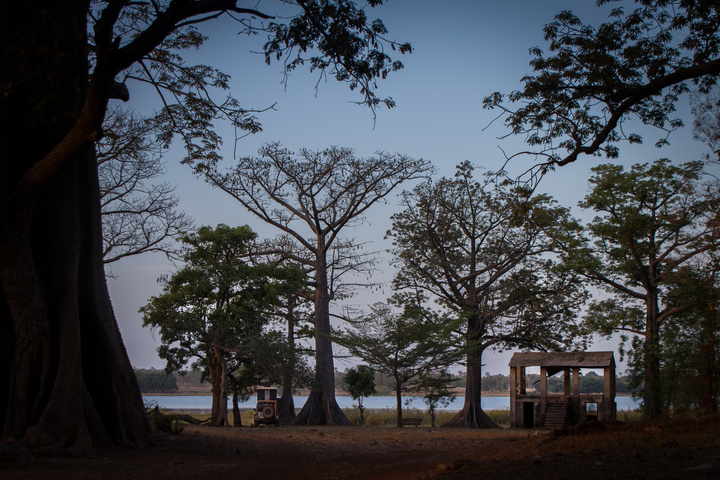 In the late afternoon I jump on the back of Francis’ scooter for an informal tour of the surrounding area. It feels great to so quickly trust a complete stranger, and to leave the Jeep un-attended knowing it will be perfectly safe. As it turns out, I completely forgot my GoPro was on the outside of the Jeep, easily removed. When I return hours later, it is of course still there, undisturbed.
Our first stop is a strange looking hole in the ground – apparently it’s some kind of volcanic formation, about 12 feet deep and opening up into a room maybe 15 feet across. Sitting at the bottom are three ladies weaving baskets out of straw. Francis explains it’s much, much cooler underground, so the ladies have put a massive tree in the middle to serve as a ladder, and spend the day weaving down here underground. One of the ladies is actually Francis’ mother, and she’s beaming with pride talking about him, and their local community. 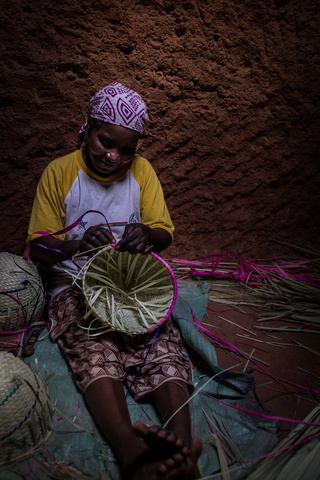 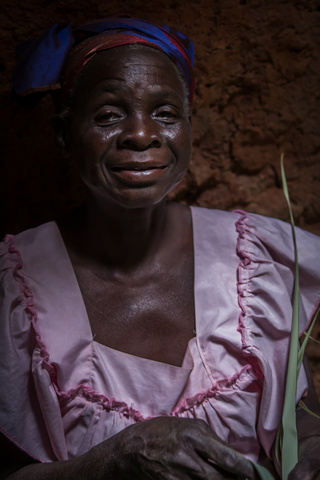 One of the ladies weaving underground

Five minutes further on the scooter we stop to see an enormous boabab tree – easily the biggest one I have ever seen. The centre is naturally hollow, and Francis explains it’s the centre of the community, with the village chief holding conferences here to discuss important matters. Hundreds of years ago it was also a great place to shelter from attacking enemies, because entering requires ducking down, exposing your head to attack from anyone inside. He is not certain how old it is, easily 500+ years.
Wild bees have made a natural hive on one of the branches, serving as food for anyone having an extended stay inside the tree. 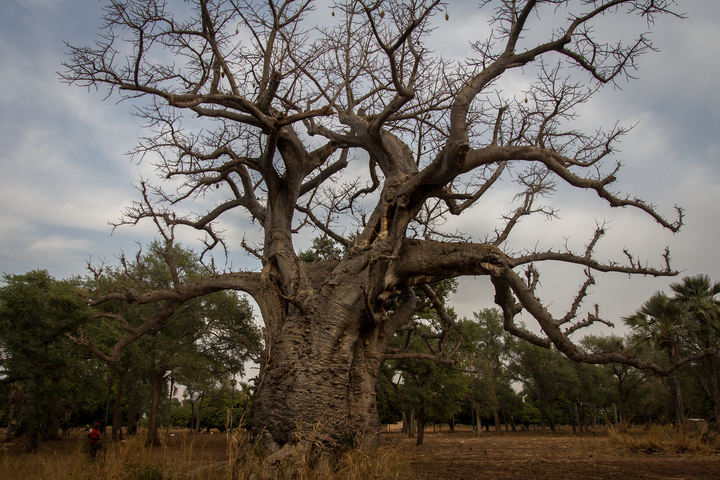 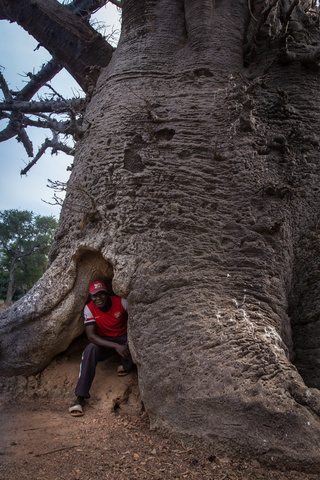 Francis showing the door to the tree – yes, it’s huge! 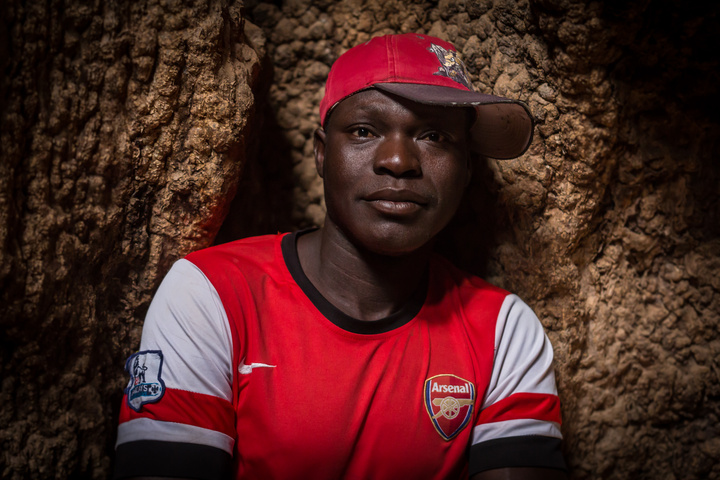 Francis standing inside the boabab 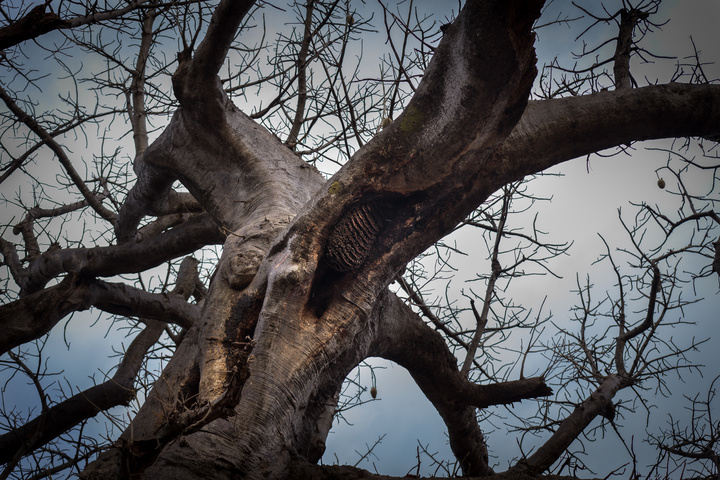 The massive beehive in the branches of the tree

We zip back to the lakeshore just before sunset to look for hippos, and within thirty seconds a massive male makes his presence known, only twenty yards from where I’m standing. His snorts are so loud I’m more than a bit intimidated, though Francis assures me time and again we’re perfectly safe on shore. I have been repeatedly told hippos are by far the most dangerous animal in Africa, killing more people than all other animals combined, though locals seem to care little for this statistic. As I’m standing there I watch a local fisherman paddle right in, within 10 yards of the monster hippo in his tiny hand-made canoe. He explains there is a baby hippo hiding under a pile of reeds, and Momma is protecting him from the monster males roaming around which might attack.

The fisherman taps gently on the side of his canoe to announce his presence, and the hippos seem perfectly happy to tolerate him as the canoe glides by. In fact, he explains, he has never heard of a fisherman being attacked or injured by the hippos in this lake.
He assures me they are not dangerous, though I’m not sure I believe him. 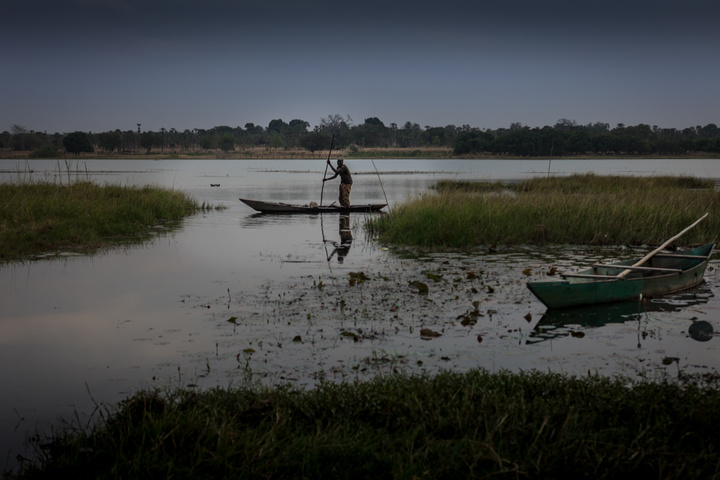 Fisherman coming to shore, hippo keeping on eye on him 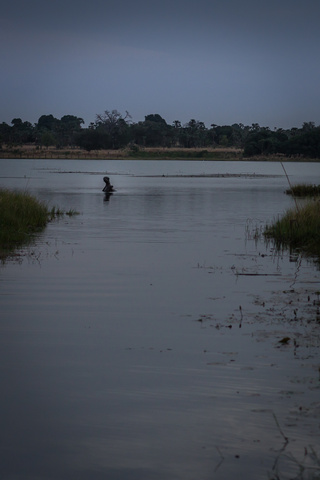 The hippo showing his clean teeth

During the night, I am awoken multiple times by the hippos grunting and barking loudly, an extremely deep rumbling sound. I don’t think they’re up on shore around the Jeep, though the tracks in the mud I see in the morning tell me they were within 20 yards.

Definitely the best campsite so far! 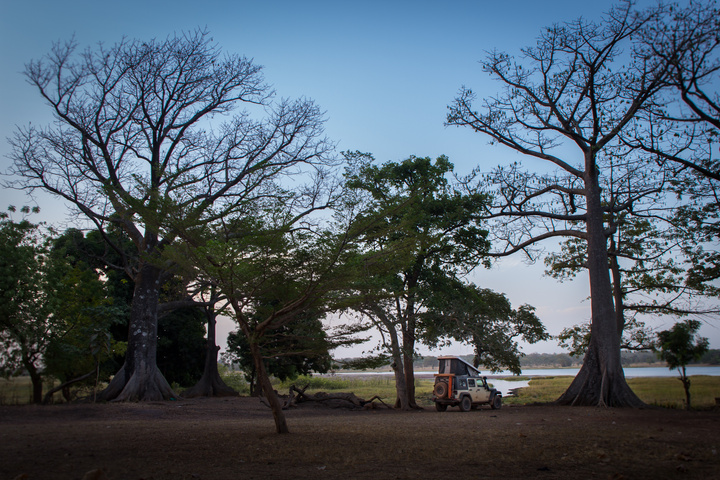 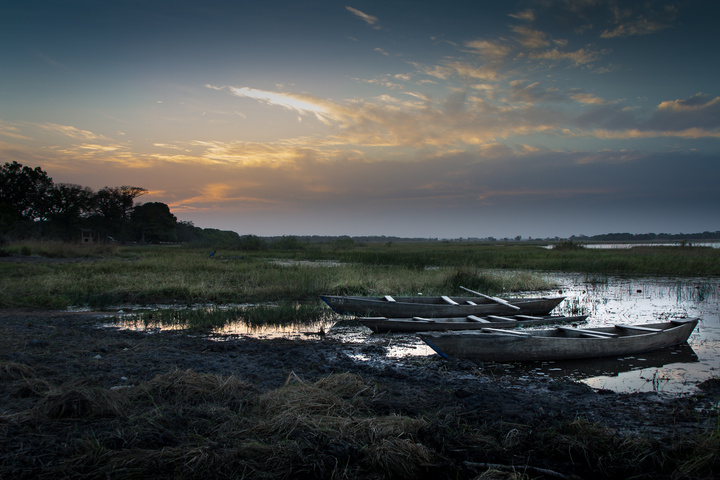