Sheep Mountain sits on the southern end of Kluane Lake, just inside Kluane National Park, and also at the beignning of the Slims River Valley, which we hiked along to Kaskawalsh Glacier a little while back. The mountain literally always has sheep on it’s front face, and it was impossible to pass up hiking to the summit on a beautiful spring morning in late May.

Even the campgrounds in the area have amazing views. 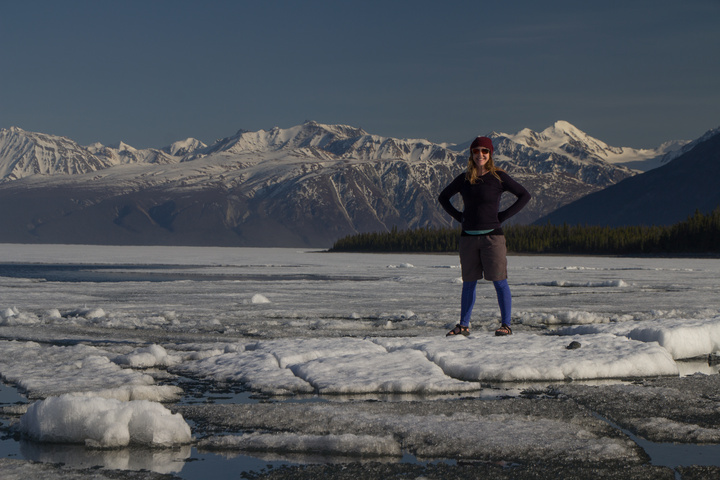 Heather testing her luck on the quickly thawing Kluane Lake 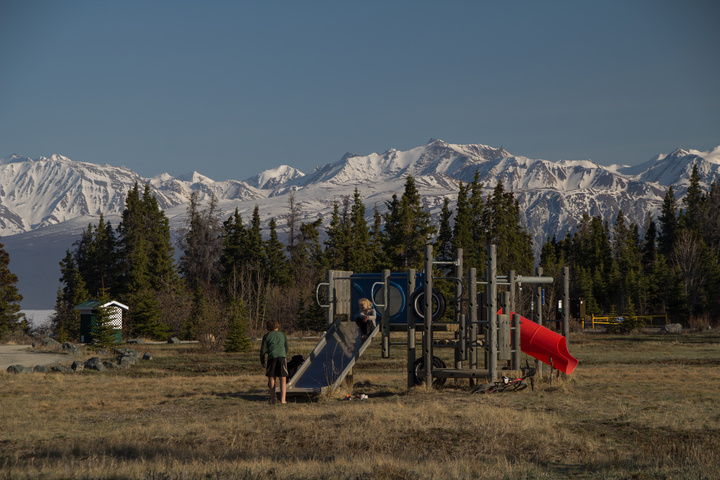 A Yukon playground in late May

The hike immediately goes steeply uphill and does not stop. There are many different winding paths to choose from, though it doesn’t really matter which you choose as long as you’re going up. With every step we took the views increased exponentially. 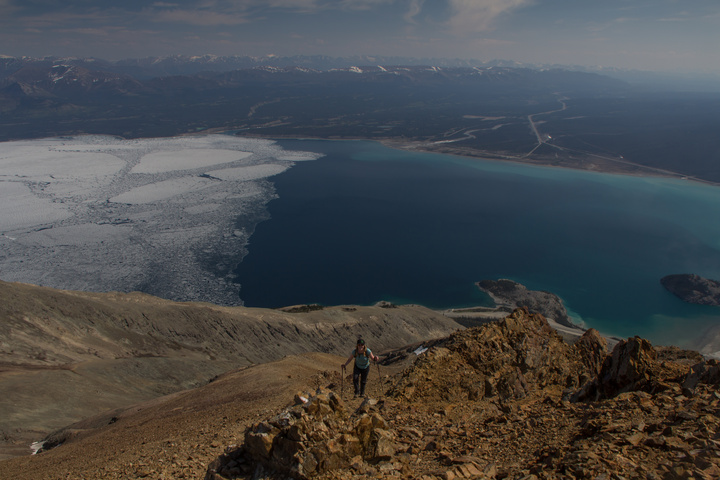 Heather on the way up the mountain 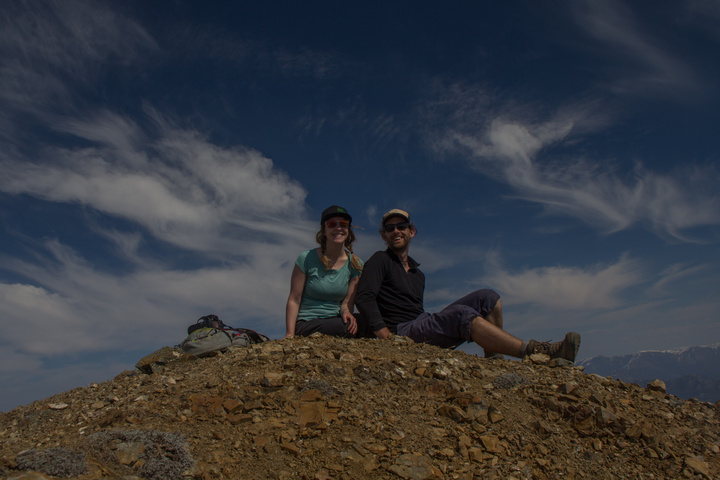 Heather and Dan on top of Sheep Mountain

The 360 degree view from the summit was hard to comprehend – the quickly thawing Kluane Lake to the North, and slims valley and glimpses of the Kaskawalsh Glacier to the South. We sit for a solid hour and still manage to point out things we hadn’t yet noticed like distant mountains and glaciers. 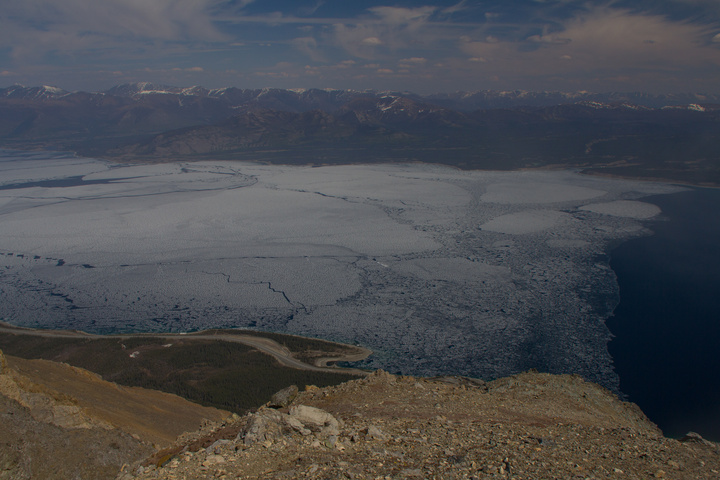 The half frozen Kluane Lake 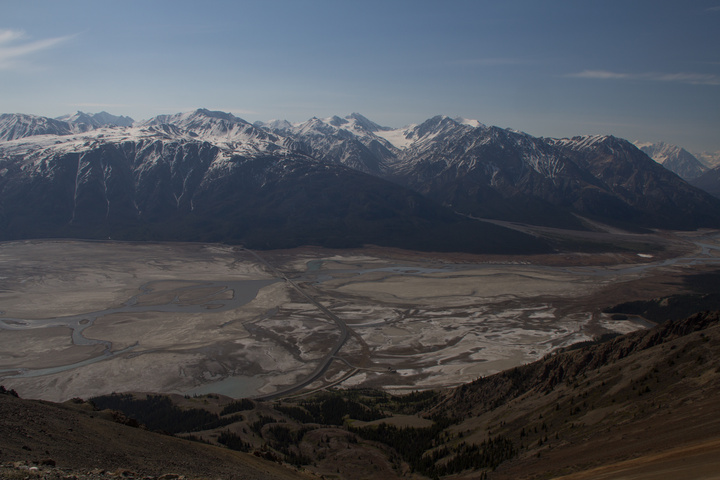 Slims River and the Alaska Highway 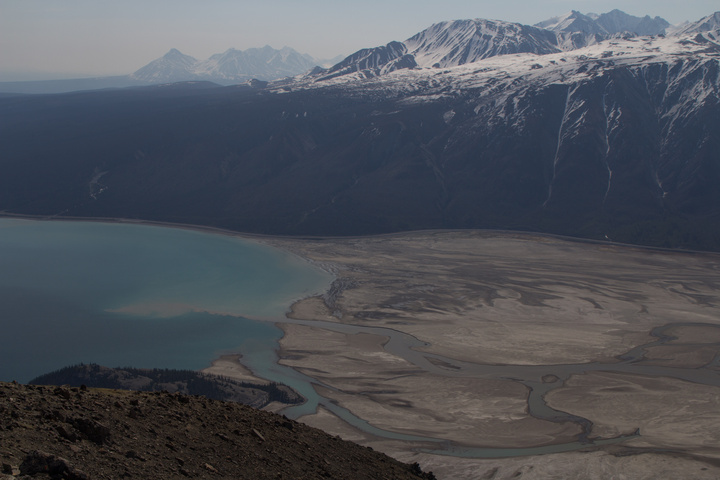 The end of Kluane Lake 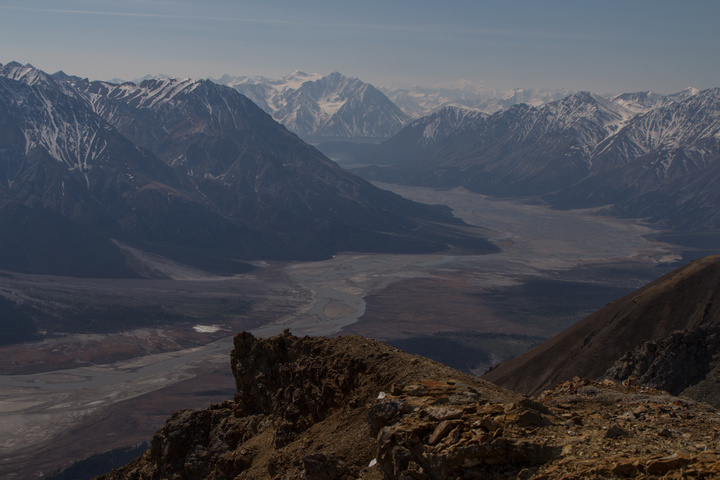 The Slims River Valley – which we hiked along previously 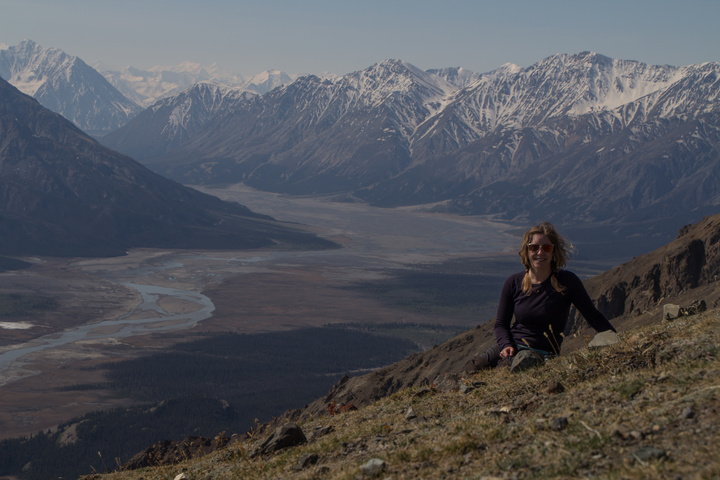 Heather on the side of the mountain

We’ve spent a lot of time sheep hunting in the Yukon, hiking thousands of vertical meters in at attempt to get close enough to full curl male sheep. We’ve never gotten closer than about 400 meters before they quickly scramble away from us.

The sheep here seem to know they’re in a National park and are perfectly safe from people. We get about 100m from three large males, and I scoot closer and closer on my belly taking photos. After watching for about half an hour we decide it’s time to go and so we start walking more or less directly towards them, as they’re directly on the ridge line we’re hiking. I’m shocked when they don’t budge we we’re 60meters, then 40, then 35 meters from them. All this time chasing them around and now they finally decide to sit still for is.

We give them some space, never getting closer than about 30meters, and they sit happily, never even standing up. 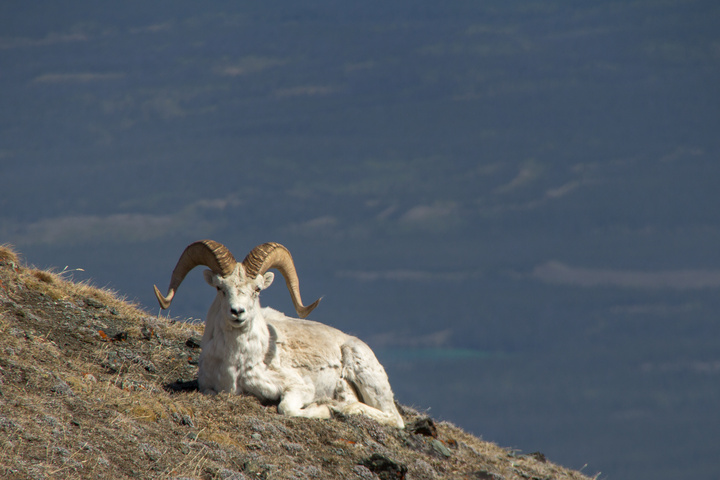 They basically ignored us

Nearer to the bottom we come across a large flock of female and young sheep – probably about 25 in all. They are very curious and watch us closely, though as with the males they don’t seem too worried about us –  living in a National Park has it’s advantages when you’re a sheep! 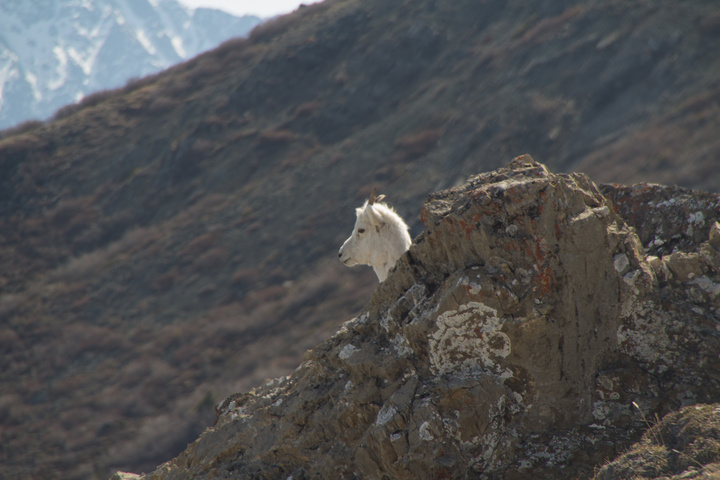 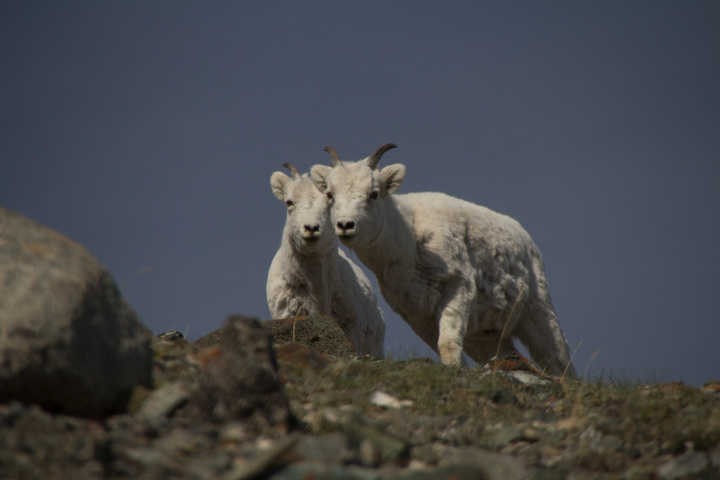 They are extremely curious and not at all shy

Sheep Mountain is a spectacular day hike, and you won’t have a shortage of sheep to look at!

Crossing The Congo: Over Land And Water In A Hard Place
by Mike Martin, Chloe Baker, Charlie Hatch-Barnwell
From $31.24From CAD$40.61From £9.74

The Rigid Security Bolt Kit means the driving lights can not be stolen. From $43.25 From CDN$53.67 on Amazon