I have two 100W Renogy Solar Eclipse Panels mounted on the roof. From $click on Amazon

Immediately after visiting the Perito Moreno Glacier, Sonny and I race around to hike the magic little peak of Cerro Crystal. The view from the top of the solid uphill climb shows a different angle of the glacier, and we can see all the way back to Torres Del Paine, in Chile. At the top we both agree it won’t be out last mountain summit as a team.
Nearby camping is at the beautiful and free Lago Roca.

Sonny and Dan on the summit of Cerro Crystal

In the morning I wave goodbye to Sonny (who is heading South) and immediately pick up more hitchhikers heading North on Route 40. I’m reassured several times I’ll find gas along the way, and pull into the tiny town of Bajo Caracoles after some 500 odd kilometers, just after the gas warning light comes on. The owner inside the gas station doesn’t even look at me during the following conversation, which follows a now all-to-familiar South American trend:

So as I’ve come to love & hate, he knows absolutely nothing about his own situation but is an absolute expert on something a hundred odd kilometers away. Hmmm. 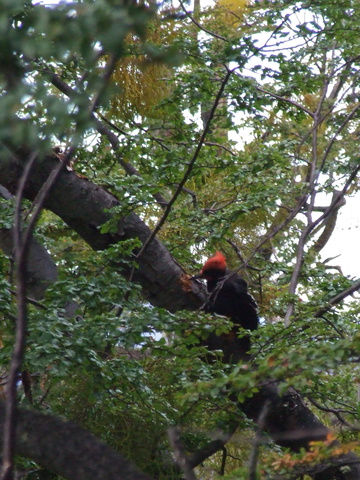 The situation quickly becomes clear in my mind; I can sit around with my new outgoing friend waiting for the remote possibility of arriving gas, or I can hit the road and at least get a lot closer to a town that definitely might have some. The warning light on my Jeep officially indicates 70km remaining, though at the last fill-up I intentionally made it overflow to get in every last drop possible. That knowledge, combined with only 40kms of gravel before paved road, leads me to think I might just pull off 90km.
100km if it’s downhill.

Without much delay, I hit the road with the near certainty of running out of gas before the next station, 130km distant. Needless to say I take hypermiling to the next level, coasting with barely my little toe on the accelerator, and eagerly count down the remaining kilometers. For the first 30km or so the gauge continues to fall, before hitting rock bottom, and staying there for the remainder of the day.
Announcing the kilometers remaining is bittersweet, on one hand I’m moving closer to the gas station, on the other, almost certain failure. 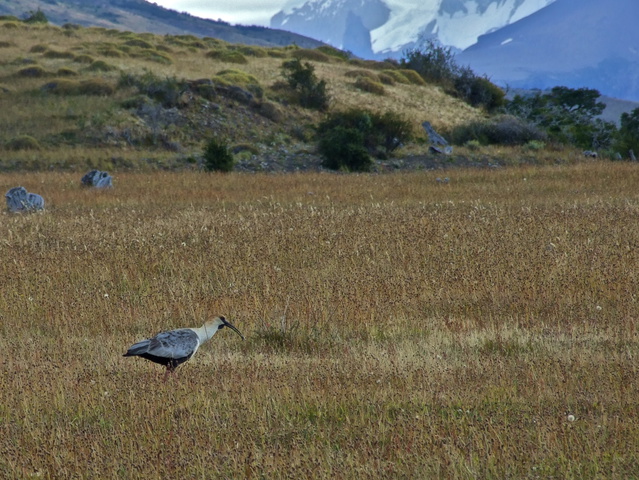 No idea what this strange bird is...

I pass first the 90km mark, then the 100km in total disbelief. 110km rolls by and a tiny speck of hope creeps in.
If I can just make 120km, I’m there.
I clear my throat to announce only 10km remain, and before I can utter a sound, the engine completely dies.
No coughing. No spluttering. Completly dead.
In the now pitch-dark and moonless night I roll into the ditch and setup camp, digging myself in to wait for the new day.
Tomorrow should be interesting.

After walking with my thumb out for less than three minutes, I’m pretty happy when the first car of the day, a chatty Frenchman in a rental, stops to give me a ride. The station has plenty of gas, and the guy there even digs out an old four liter container I can use. Less than five minutes later I’m back walking on the highway, thumbing every passing car.
About half way back, a car going the other direction turns around to get me. They explain they saw my Jeep in the ditch, so I’m a dead giveaway carrying the gas container. Talk about friendly.

With the new lease on life, the Jeep fires up instantly, and has not shown any ill effects from the ordeal since. I always thought the tank was a little more than the stated 72 liters, though try as I might at the station, I don’t get a drop more than 68 liters in. 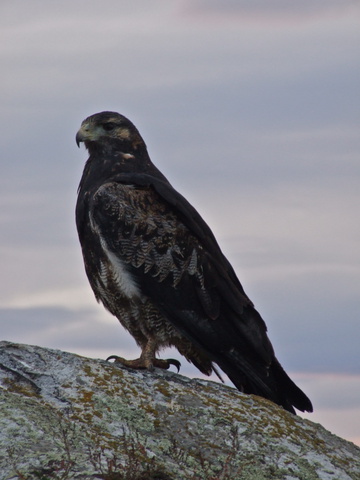 This guy posed in the early morning

Looking back I have to laugh at the thought and fear of running out of gas. Before this whole adventure began I thought of it as a potential “disaster” and serious problem, something I’ve worked hard to avoid the entire trip.

The reality?
It took about an hour and I met a bunch of nice people

My Manfrotto Tripod is rock solid - I use it everyday. From $click From CDN$139 on Amazon