All my gear is stored inside durable Pelican Cases. From $99.95 on Amazon

For my last couple of days in Guinea I slowly wind my way East, stopping in little towns and finding still more waterfalls. 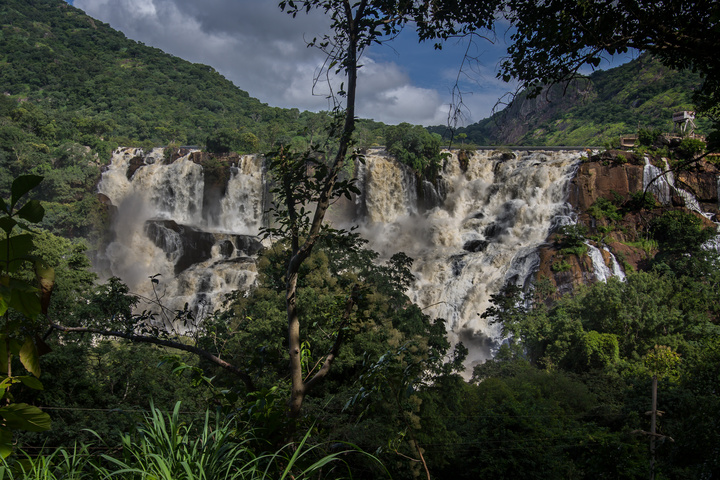 The massive waterfall with part of a dam at the top

I arrive at one to find another massive hydro-station, being guarded by the military and run by Chinese, all of who turn out to be extremely friendly. Very quickly it’s decided I can camp right there in front of the military “base” – really just a crumbling old building – and I quickly boil up huge quantities of sugar-tea to share around. The two military guys are extremely friendly – and just a bit bored – and so take me on a guided tour of the whole facility, showing me the massive intake pipe on our hike down to the actual generators at the base of the huge natural waterfall that has been augmented by a dam. 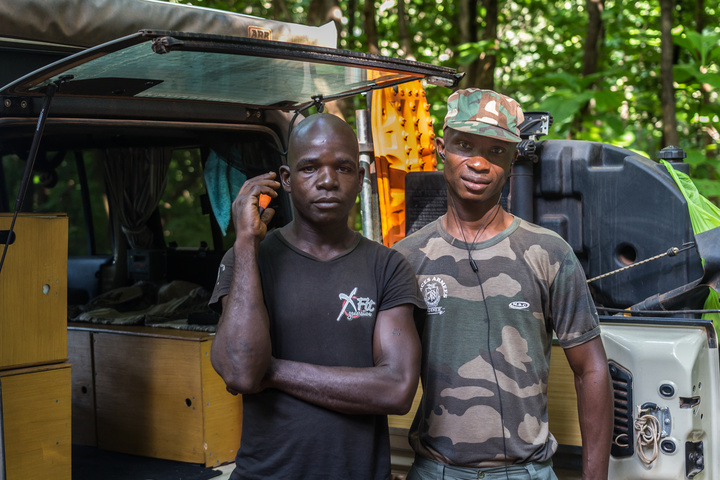 The two military guys that let me camp 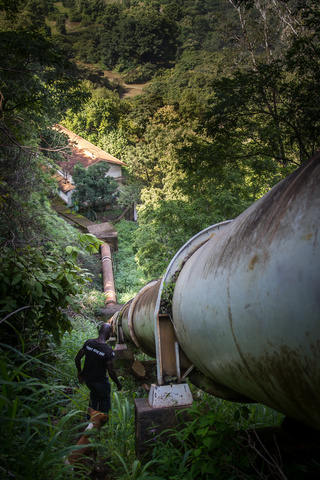 Walking down to the hydroplant, next to the massive water pipe feeding the turbines

I have had no problem buying gasoline at stations for the entire trip – every station I have arrived at has always had gasoline and diesel, and plenty of locals buying both. Hopefully that’s a sign the underground tanks are used often and the gasoline has not been sitting around for a long time. The Jeep is running just fine, so I think the quality must be OK.
That being said, in every town there are always bottles of gasoline and diesel for sale on the side of the road in one liter bottles. The color ranges from almost clear to dark brown, and the couple I tried smelled a lot more like paint thinner than gasoline. It’s often cheaper than the official rate at the stations, because people are bringing it in from neighboring countries, and even stealing it off the tankers moored off-shore, I’m told. Everyone runs the gas in their scooters, and though they cough a lot of smoke, they seem to still run 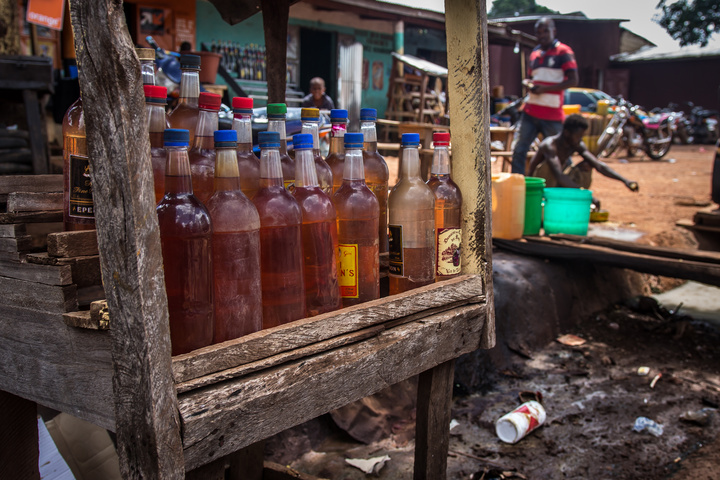 The Jeep thinking about roadside gas

On my last day in Guinea I cross the mighty Niger river – here around 50 yards across and a deep brown of swirling dirt and mud. It feels like a milestone to have reached the massive river, though the locals look at me strangely when I stop on the side of the road to take a photo of the world’s most un-impressive sign.

At the mighty Niger river

Guinea has been an absolute pleasure. I only wish I had gotten a longer visa.
Maybe I will come back some day

Time for another border crossing..

My route through Guinea – it’s been a blast!

All the details to drive your own Overland vehicle into Guinea, including gas prices, border procedures, paperwork, insurance, camping and more can be found at http://wikioverland.org/Guinea

First Overland: London-singapore By Land Rover
by Tim Slessor
From $15