After many kilometers on the Alaska Highway, I turned off onto the Campbell in search of more adventure. The Campbell is 550km of gravel road cut back in the day to give access to the many mines in the area as part of the Canadian Oil project (CANOL). The road itself was in pretty good shape – but the construction was mind boggling. For stretches of 10km or so they had shredded the surface and were fixing it back up – the thing was the road was covered in sanders, graders, dump trucks, rollers – you name it and it was a guessing game as to how you were supposed to weave your way through. Playing chicken with heavy machinery is quite entertaining to say the least. 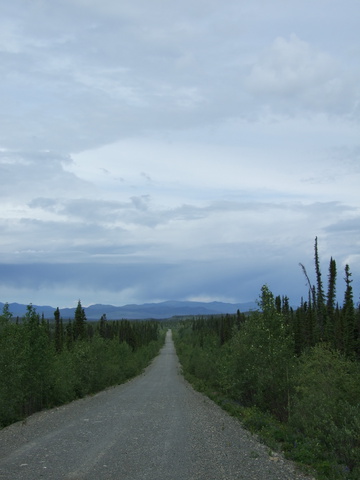 I had hoped to make a big detour and head off to the town of Tungsten, 200km up a dead-end road just over the border to the North West Territories. I had heard the road had some amazing scenery and wildlife, the town is really cool to poke around and there is also a Hot Spring in town. It turns out the mine re-opened not long ago, and they are currently going crazy with construction and the like – after talking to the GM of the mine on the phone, it was decided it would be best that I not get in their way.

I found myself lured to the little mining community of Faro by the $6.50 campground with free wi-fi, hot showers AND laundry – half the price of the government ones with no facilities. I struck up conversations with quite a few locals while wandering around town – one lady was extremely proud that it was the kind of town where you didn’t worry about your kids being safe or have to lock your doors. Upon thinking about it, she couldn’t remember where the keys to her house actually are. She was also quite happy to have just purchased a “5 bedroom mansion” for $25,000.
A steal, by any measure.

It turned out Faro had recently lost their one and only gas station, so I would have to push on and risk it. (They offered to give me 20 liters to be certain I would make it, but I was having none of that) As I rolled into Carmacks I was sure I would be running on fumes, 588km down, but there was a good 8 liters still in the tank. I think Jeep and I could make 700km on a tank if I was careful to stay below 2000 rpm.
I’ll get back to you when I test that out, any day now I’m sure.

In Dawson City a couple of guys were admiring the hood of the Jeep, so we quickly decided it would be best to meet up later for a few beers. Here are the notes from my journal:

1. Dawson City has a non-profit casino whereby all “proceeds” are donated to the town to use on restoration of the aging gold rush buildings. It was apparently working quite well, the place was packed and everyone was “donating” money as fast a humanly possible.

2. advrider.com was having their annual “Dust to Dawson” meet-up in town. There must have been about 400 adventure bikes on the main street, 365 of which where BMW GSes.

3. The annual canone/kayak race called “The Yukon River Quest: A Race to the midnight sun” was just finishing up in town – these guys paddle 740 kms on the Yukon River for about 40 hours. There are two mandatory stops, one for 7 hours and one for 3, otherwise these guys would paddle themselves into all kinds of hypothermia and exhaustion. Very cool.

4. Dawson feels like a really cool town – tons of ye olde buildings and gravel streets give it real character. It would be easy to spend a few days here, but Alaska is calling.

5. Leaving the bar at 2am with the sky still completely light is a very, very unsettling feeling. Cue instant hangover. Wes, Devon, Kristina – I had an awesome time in town, send me an email so I can get a hold of you guys! 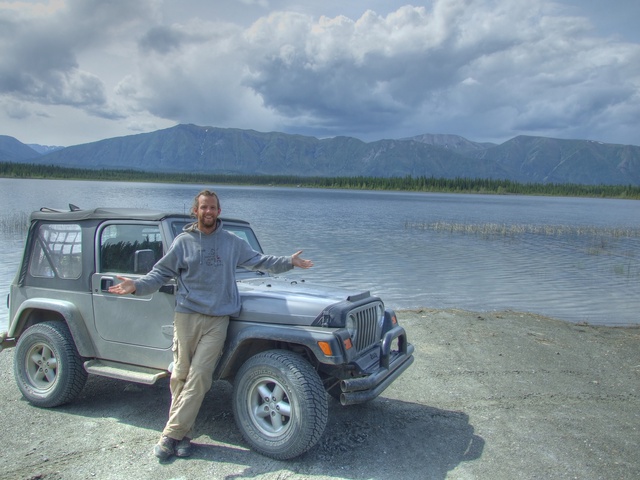 Dan on the Campbell Highway

Getting closer to Alaska every day.

I have two 100W Renogy Solar Eclipse Panels mounted on the roof. From $click on Amazon