To protect the engine I'm running a Rugged Ridge Engine and Transmission Skid Plate. From $281.36 From CDN$436.03 on Amazon

Cairo and the Pyramids of Giza

After a large celebration to finish my time on the coast I set out for a big day, and move all the way North to near the Suez Canal before cutting directly West inland to Cairo. Originally I wanted to drive across the canal – well, actually under in a tunnel – across to Israel so I could actually drive off the continent. Unfortunately the whole Sinai Peninsula is not very stable safety wise and the very protective Egyptian Military will never allow me to cross, so I’ve had to scratch that plan.

Driving into Cairo is quite a shock when I find myself on an eight lane freeway with about twelve or fourteen lanes of traffic crammed in. At times we’re moving along at 50 mp/h only inches apart, then everyone slams on the brakes for a speed bump or monster pot hole or just because of traffic congestion. The pace and size of everything is insane, and I crowd Cairo the craziest driving and traffic on the whole continent.
Over the next hour and a half, I make less than six miles through the rush hour traffic, before finding my way to a campsite in the back of a working farm just near the city. 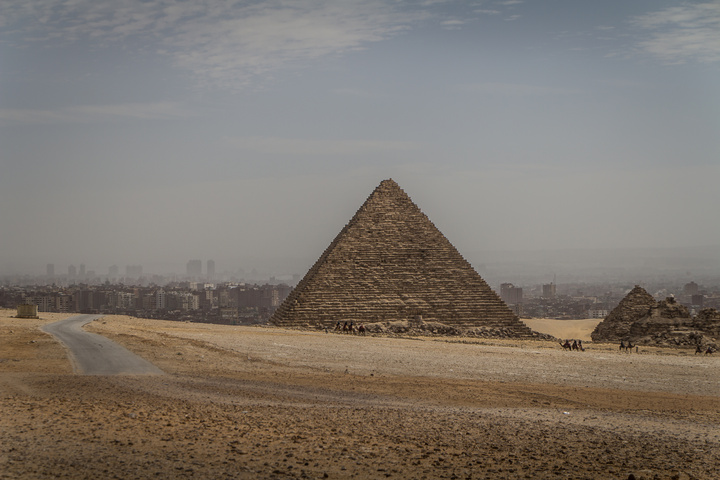 In the morning I’m back driving through the city when I spot the monster pyramids of Giza towering over the multi-story buildings. I knew they were very close to the city, but this is insane!

At the main entrance gate security is very tight, and after multiple searches through the entire Jeep the head of the Police here finds my cooking knives. They are seriously unhappy and at first don’t want to let the Jeep inside at all. After a lot of back and forward over and hour we decide I will leave the knives at the entrance and continue on, and then pick them up after leaving. They go well together

And so I drive right up to the enormous pyramids, and even walk over and touch the monster stone blocks. 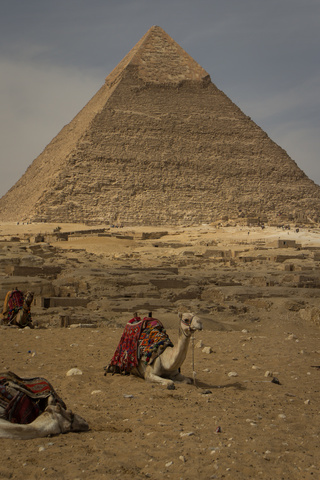 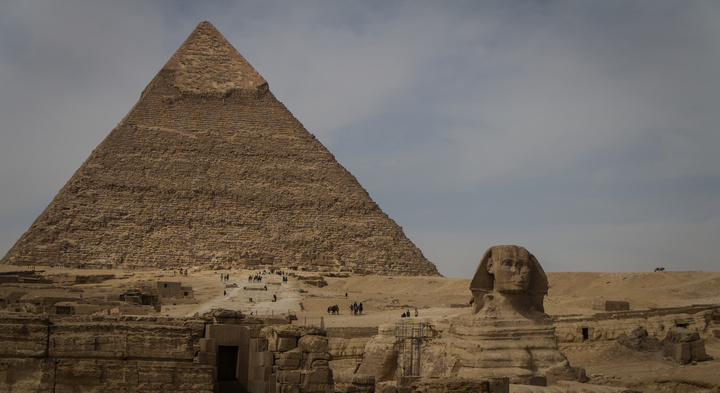 I have actually had dreams about this moment, and of course it feels extremely surreal to have driven from Morocco to the Pyramids of Egypt – 54,000 miles around the continent.

The sphinx is bigger than I expected up close

I spend a few hours wandering around in the midday sun, exploring all the pyramids, the sphinx and the whole area. Of course I can’t help pose the Jeep a few times, and take the “victory” photo. 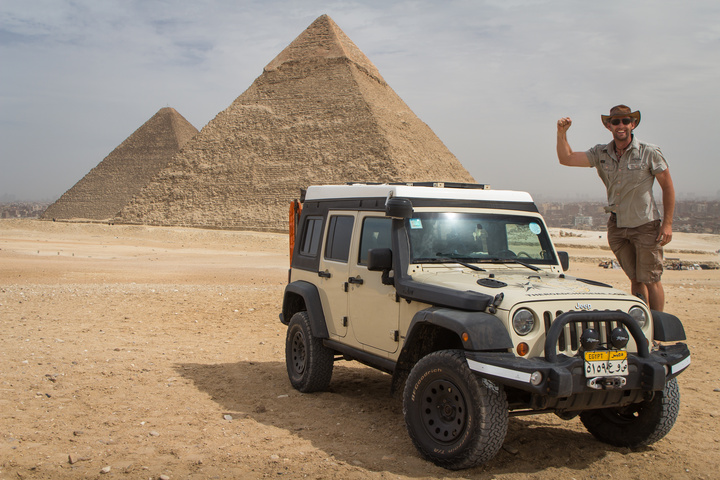 The final hurdle remains – shipping the Jeep back to North America.

I'm running BFGoodrich A/T KO2 Tires which are long wearing and great in all conditions. From $467.99 on Amazon

The Rigid Security Bolt Kit means the driving lights can not be stolen. From $37.08 From CDN$54.23 on Amazon