A jam packed week in Nelson

Once again four leave days bought me a nine day weekend – too good to be true. Saturday Mike and I rode Whitewater all day – it had snowed 19cm the day before and something like 60cm during the week. It was amazing to hit every single bump and drop without fear of rocks – it was the best day of this season for me, almost on the last weekend. 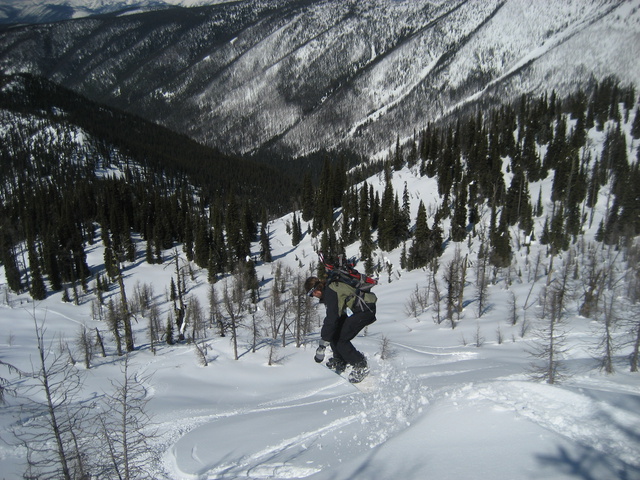 Dropping into the pow on Black Queen

Sunday saw us at Red Mountain for their last day of the season and what a day it was. The sun was beaming down and we rode every minute possible. The snow was so soft we were heroes – every cliff and rock band was carefully eyed up and dropped many times. I claimed the biggest wipe out of the day with a HUGE cartwheeling fall over a big big floating booter we had eyed all day long. The dummy downhill and a crazy party raged on the deck all afternoon. There was lots of laughter. During the week Whitewater was closed so we planned tons of other stuff. We drove up to the resort, grabbed snowshoes and avalanche gear and hiked up behind the Silver King chair to a peak called Snow Queen. On the way up there was a ton of helicoper action – we really had no idea what was going on. It turned out that a rescue had gone wrong a few days earlier and the main rotor had clipped a tree. The chopper managed a landing, but was stranded. Tons of guys were working on it, removing the rotor blades and trimming weight.

How does one move a stranded chopper? with another chopper of course. We stared in awe from 50meters back while they lifted the stricken chopper with another that was only slightly larger. For a while it looked like it couldn’t lift the weight, but after some hesitation it lifted off and glided down to the flat bed truck waiting in the car park. A pretty cool show all in all.

We did a quick lap on the back side (Black Queen) with some really good pow before heading down the front side (White Queen) which was super sun affected and sticky like quicksand. Mike and Steve had the urge to try some flips off the edge of a cat-track. Funny stuff.

Steve is a pretty mad downhill mountain biker, so I rented a tricked out Giant bike and away we went. A short hike up behind Nelson had us at the top of a run called “Psychedelic Insane Goat” (or something) – it was a blue run, but it was the steepest thing I’d ever ridden on a bike. It had tons of log and rock drops as well as “stunts” – those man-made wooden things to ride along that are purpose built to inflict maximum injury.
We walked around all of those. 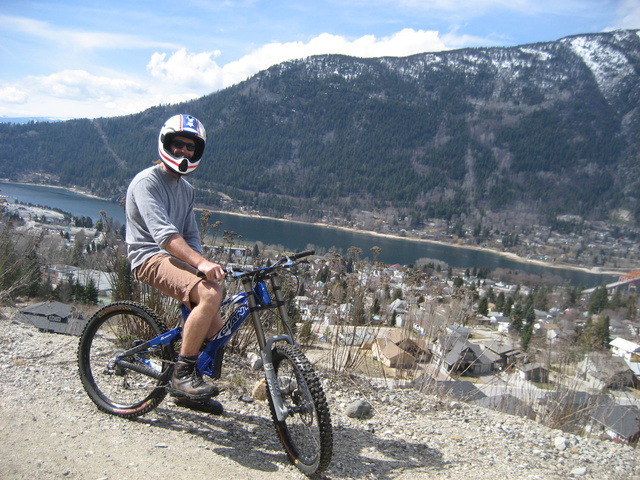 Nelson in the background

We pushed our bikes up a logging road looking for more trails to ride. They turned out to be too heavily covered in snow, so we careered down the road at breakneck speed. 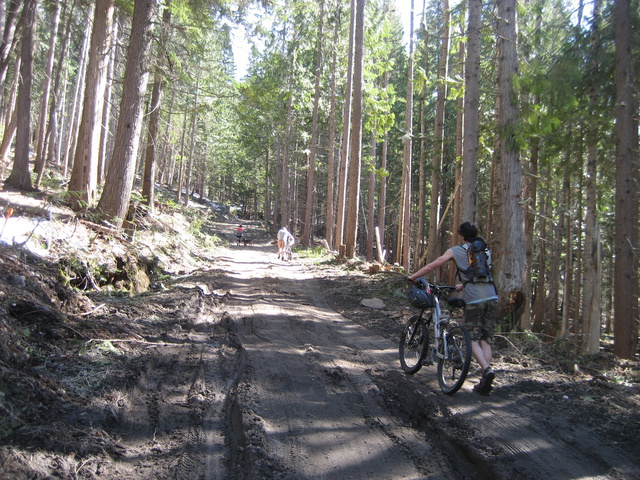 Walking up the logging road

Thursday night was a full moon, so Mike and I hiked up to the ridge at the top of Whitewater just as the sun was setting. A bunch of people were camping the night so we hung out with them for a few hours before riding down under the moonlight. Well, that was the theory anyway. The moon was not very high in the sky at the time, so we rode down under dark light. It was crazy but really fun.
Later in the week saw us playing disc golf at a pitch and putt locals course in Wymer. Running around in shorts and flip-flops again was amazing. A bunch of us also hiked up to Pulpit Rock which overlooks Nelson from the other side of the lake. Beautiful views were enjoyed for a long time. 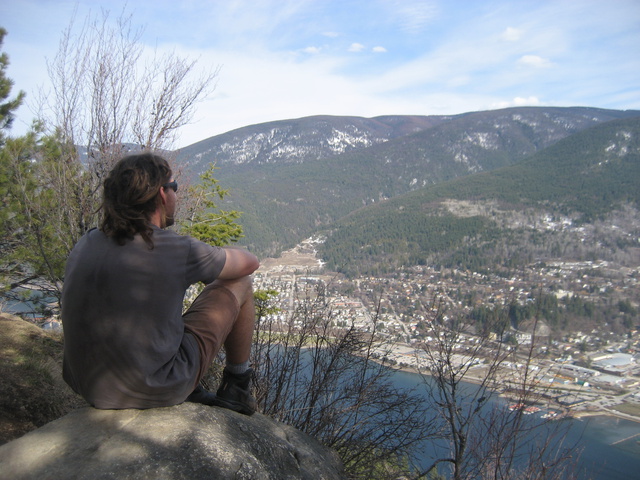 Ever since growing my hair out I’d wanted to get Dreadlocks and what better town than Nelson. We wandered around town chatting it up and found a girl who would give me dreads. Three and a half hours later they were finished and I was stoked. I was amazed how they were already so dread-like. I had been thinking they would look more like braids for a few weeks/months before dreading properly. Not so. I didn’t stop talking about them for… well… I’m still talking about them.

They are going to be a lot more work than I first thought, but I think it’s worth it. 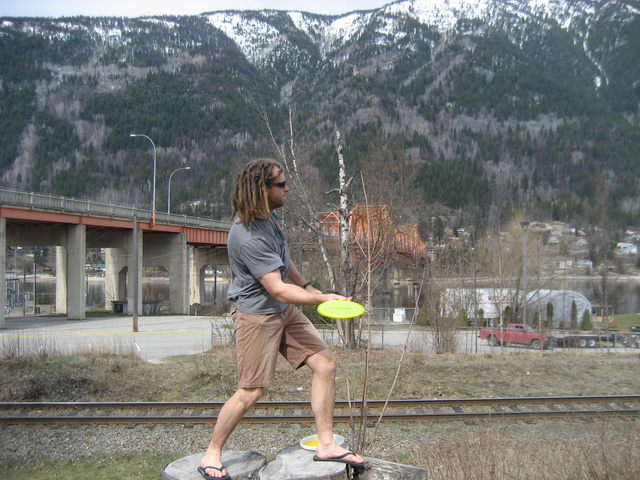 A stop off at Whiteswan hot spring on the drive home rounded off another fantastic trip out to Nelson.