Now the Jeep is safely locked away in a container bound for Colombia I can take in some of the sights around beautiful Panama City. I stay at Luna’s Castle Hostel in Casco Viejo, a really cool old part of the city right on the water. It’s an insanely busy place and also great for meeting other travelers and organizing trips around the place. 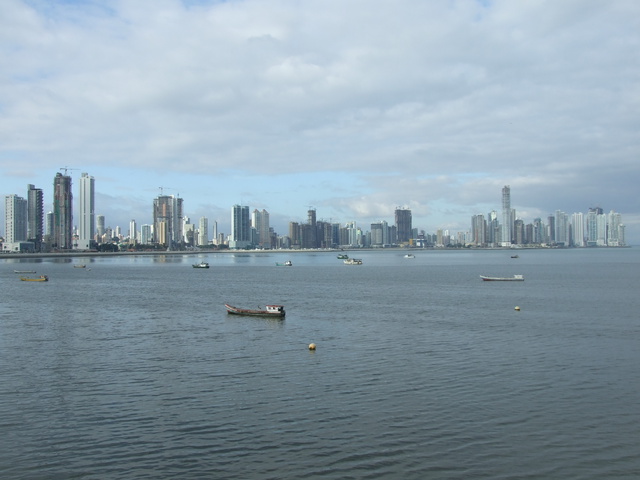 Panama City "The Miama of the south"

The number one attraction in town is obviously The Canal and before visiting I make a stop at the museum in Casco Viejo which is amazing considering the tiny $2 admission price. My engineering background means I’m fascinated by the surveying work that was undertaken before construction began. One map in particular shows proposed routes through Tehuantepec in Mexico, through lake Nicaragua, through a couple of different places in Panama and finally one using a river mostly in modern-day Colombia. The decision didn’t actually come down to the “shortest” distance to dig as you might think, but primarily on how the mountain range through Central America would be dealt with. The final location chosen meant it was possible to create a huge in-land lake and use locks to elevate the ships 28 meters to that level.
One French guy proposed digging deep enough to eliminate the need for locks, though it was decided this would be too great a task. 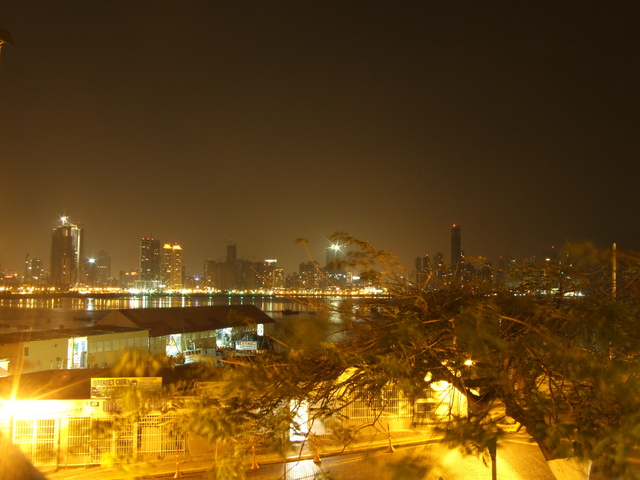 On a sunny morning Mike and I head out to Miraflores Locks, the main set of locks close the city. There are three lock chambers here to elevate or lower the ships as required and the Pacific Ocean is just around a bend. It’s a very busy place with another “museum”, theatre and viewing platform.
We sit for a couple of hours while two enormous tankers make their way through, a sight to behold for sure. 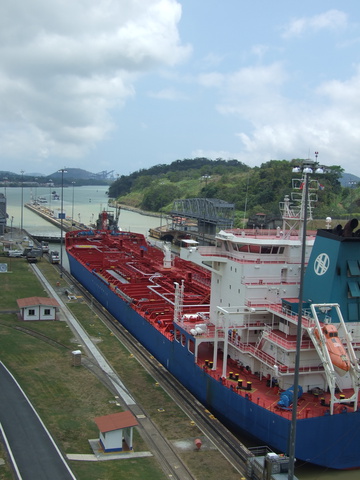 Looking out into the Pacific

There is lots of information here about the handover at the end of 1999 when control of the Canal was handed to the Panamanians from the USA. Soon after the government announced a huge proposal to allow the passage of bigger ships, which was approved by about 78% when put to a national referendum.
In layman’s terms they are dredging some parts a bit deeper and building entirely new locks next to the existing ones. When finished the new and existing locks will continue to be used and ships about 50% wider and longer will be able to pass through.
Reading online there are already ships in existence that still won’t fit. 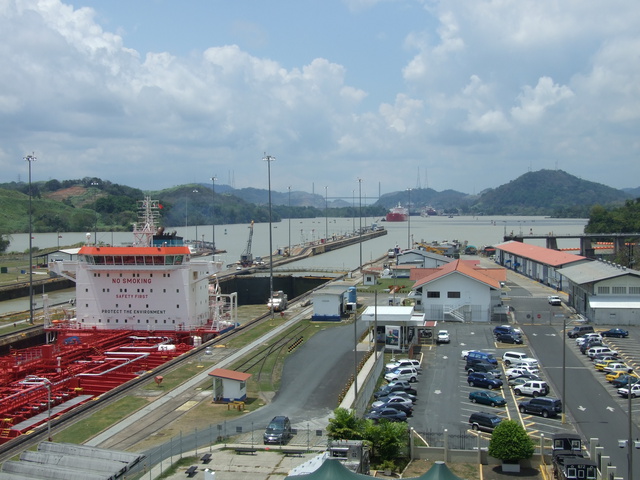 Looking along the Canal to the Atlantic

We also spend a good deal of time in and around the city, nicknamed “The Miami of the south – only with more English spoken”. 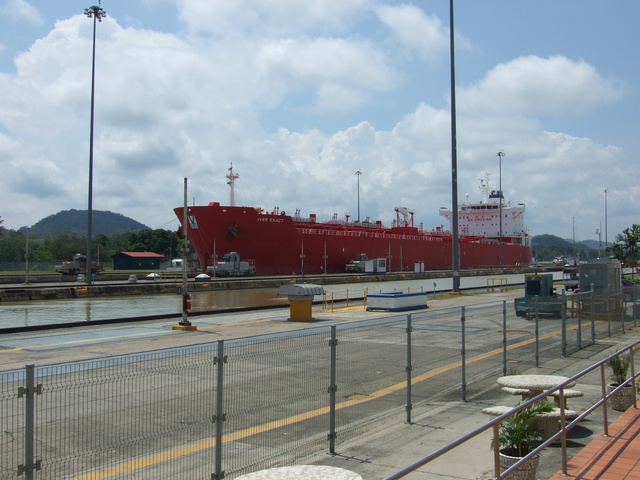 Central America has been good to me and I’ve really enjoyed myself.
It’s time for something new