My Bolt 6' Cable Lock keeps everything on my rear bumper safe using the Jeep ignition key. From $22.84 From CDN$51.99 on Amazon

A visit to the world’s highest city, Potosi (4060m) is an absolute must for any visitor to Bolivia. The enormous Cerro Rico (rich mountain) is visible from practically every street corner and rightly so, as it’s single-handedly responsible for the town. Centuries ago the Bolivians knew the mountain was full of precious metals and mined enormous amounts of silver among other things. Enter the Spanish conquistadores and the rate of removal was stepped up, at one point reaching 1.6 tones of pure Silver per day, mined mostly by forced slave labor and shipped to Spain. Now, almost nothing remains and thousands of man hours are required for a pitiful return.

The Rich Mountain above Potosi

I sign up for a mine tour with “The Real Deal”, a group of guys who used to work in the mines, have been guides for many years and have recently started their own tour company. We gear up in full weather-proof gear, gumboots, helmets and headlamps before a visit to the miner’s market – a district of town where all the essentials can be purchased, namely dynamite and coco leaves for chewing. It’s tradition for tourists to purchase these items to offer as gifts, so we stock up.
Playing with a stick of dynamite with the detonator and fuse inserted is a little surreal 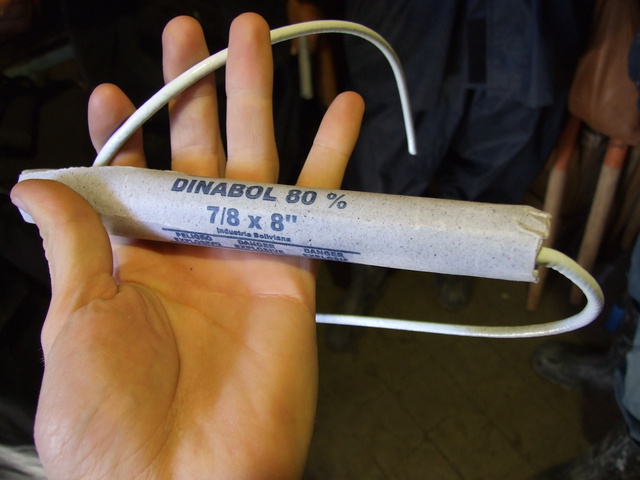 TNT in hand, with detonator and fuse

Down at the refinery we see textbook techniques from the 1750’s. The raw rock is crushed and refined with a variety of chemicals to a raw paste, containing lead and tiny amounts of silver. There are no safety measures of any kind, and almost everything is hard manual labour. 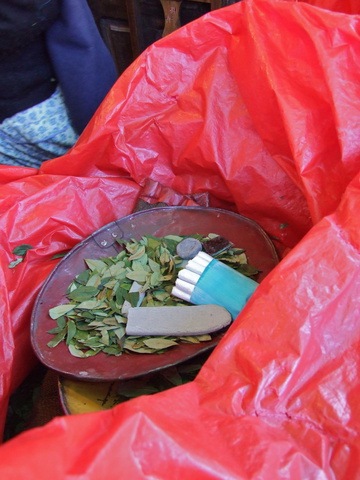 After a short drive up to the mountain we enter the mine and after a few hundred meters I’ve smashed my head on the low roof about 10 times and am extremely thankful for the helmet. We stop about 800 meters in and the harsh environment begins to show it’s ugly head. It’s extremely hot & humid, due to the elevation there is very little air and most of that is stale with clouds of dust sitting still for us to choke on. 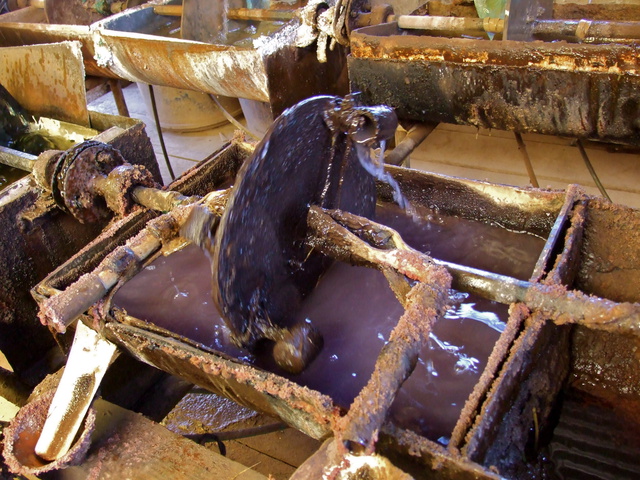 All the latest technology at the refinery

We enter a small side tunnel where the humidity and dust increase times ten and find a family chipping painfully slowly at the rock face. After crawling on my belly I enter a chamber half the size of my Jeep, where the father is using a hammer and chisel to “drill” a hole in the rock suitable for dynamite. After the struggle to get in I’m really short on air and extremely hot and uncomfortable, to the point I have to concentrate to calm myself down. The man is working in an extremely tight space, and only has about 25cm to swing the hammer, before rotating the chisel and repeating – each time issuing a genuine grunt from the effort and sweating profusely.
It will take him six hours to make one dynamite hole.

He’s 55 and has been working in the mine for over 35 years, ten to twelve hours a day, six or seven days a week. His son, 16, is working in the next chamber gathering small fragments of rock by hand. Their brothers, uncles and cousins are scattered around, chipping, digging and gathering rock. They have been in the mine for eight hours already today, and will probably do another four, he says. Because of the harsh conditions in the mine, none of them eat any food during the day, they only chew coco leaves and drink soda. While watching them work for ten minutes in unbearable conditions, it really sinks in they will be doing this for the rest of their lives.
The combination of shock and pity I feel for this family is overwhelming and I give them all my dynamite and coco.

I have never even imagined third-world slave labour, and it really moves me. Seeing the 16 year old boy working in these conditions is a very powerful sight. The miners all work for themselves, usually in a family unit and earn USD $14 on a good day, around half that on average. Most expect to die by the age of fifty, overcome by lung and respiratory problems. It’s not surprising the miners toast prosperity with 96% alcohol, and I’m bewildered to see the bottle we sip out of is exactly the same as the one I bought to burn in my camp stove.

It’s an extremely difficult situation to dwell upon, and I am lost in my thoughts as we make our way back down the tunnel to sunlight and fresh air.
Outside, our guides take a stick of TNT (which really does feel just like soft clay), put in a detonator and fuse, pack the whole thing in a bag of ammonium nitrate and light the fuse. While everybody else surges back, I move forward, eager to hold the dynamite with fuse furiously burning down.
After thirty seconds of fun they run down the hill, deposit the package on the ground and run back before the explosion, which is strong enough to knock the wind out of my lungs. Woah. 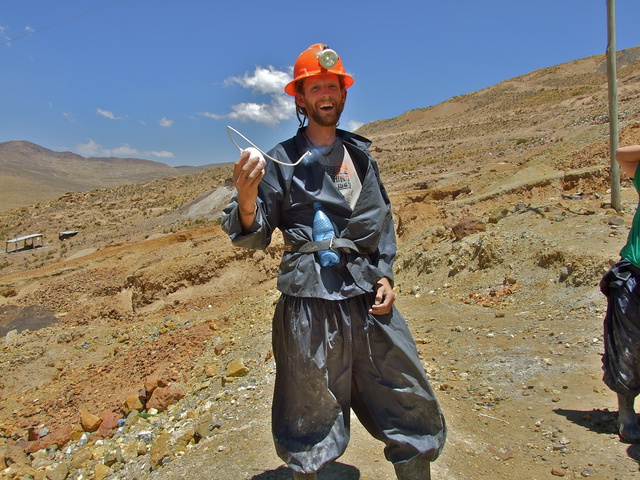 Visiting the cooperative silver mine of Potosi is a first-hand experience of poverty and desperation in the third world. Something I will not soon forget.

I highly recommend the guys at “The Real Deal”.
It is.