I pick up another backpacker and together we move south, through a market in Riobumba for lunch and into the city of Cuenca. I’m normally not much of a city guy but this one is really beautiful – the streets are clean, the people friendly and there is endless old architecture to admire. Unfortunately the day we have for the city is a Sunday so pretty much everything is closed and Jena is disappointed we can’t goto the museum with the small heads. In the evening we both feel ‘normal’ after going to see a movie where I eat way too much popcorn (which is just enough). 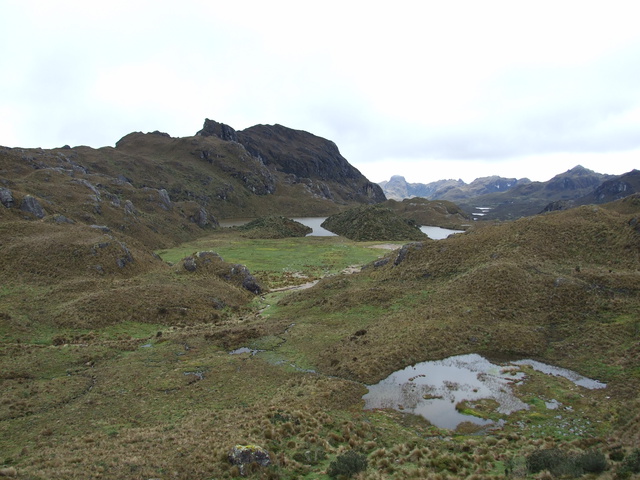 In the morning we’re off to Parque Nacional Cajas, an amazing spot on the side of the highway high in the mountains between Cuenca and Guayaquil. We hike for a couple of hours into the amazing wilderness, well above tree line, passing only a few locals moving supplies around on horseback. When the rain sets in we move down to the refuge to cook lunch and chat to the park ranger guys before hiking around Laguna Toreadora, which again is peaceful in a way I can’t adequately explain. 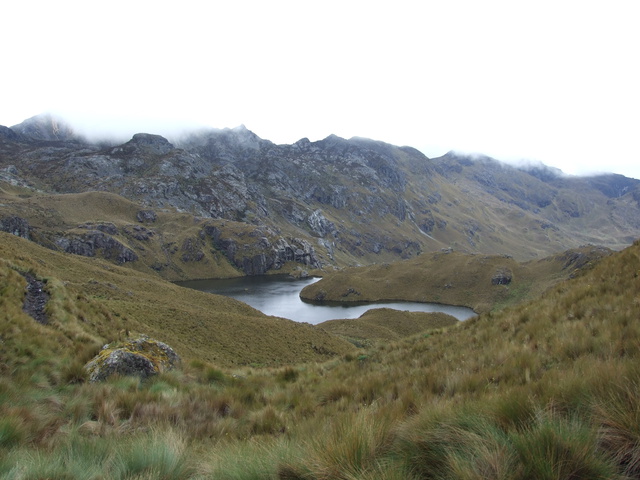 I wave goodbye to Jena and settle into the refuge for the night as the temperature drops lower and lower. I’m wearing all my thermals and am barely warm enough to sleep – It must be quite a way below freezing. I drive up and over another mountain pass towards Guayaquil and find myself in a tiny little village in the middle of dense jungle. Now that I’m down from the mountains the temperate has gone up about 20 degrees and the humidity is through the roof. The vegetation is extremely green and dense and banana plantations stretch into the distance as far as I can see.
Ecuador continues to amaze me with it’s diversity.

There is an amazing amount of nothingness

I find the nearby hot spring, another overly concrete affair perched on the side of a beautiful little river in a lush green valley and the owner lets me camp under a roof for only the price of admission ($2). While soaking I meet some locals, Engel and his wife and young daughter. He’s a really cool guy and before the night is done he invites me to hang out with him in his little town tomorrow. Cool. 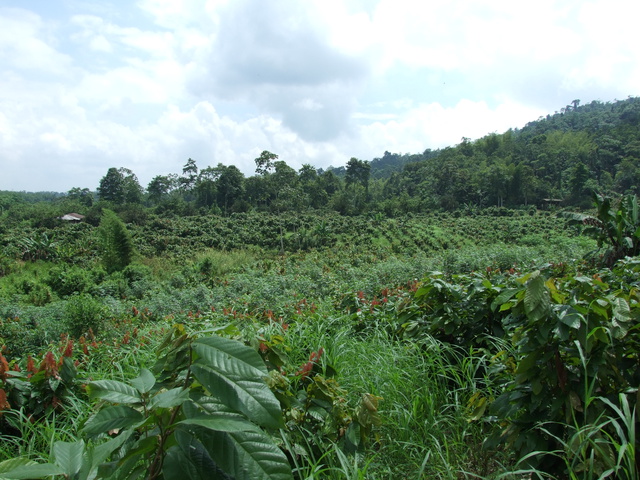 Engel's farm in the jungle

In the morning we meet up and quickly head out to his farm in the Jeep, because the roads require 4×4 and his little VW will not make it all the way. On the road Engel tells me about his time in the US about 15 years ago; he caught a ship to Guatemala, hitchhiked to Mexico City and paid $12,000 USD for fake papers to get him across the border. Once in Los Angeles, he moved all over the country and finally settled around New York City. For the next seven years he lived and worked illegally in pretty much every borough around the city, to save money to bring back to his family in Ecuador. After the seven years he flew back to Ecuador (“nobody checks your papers when you are leaving”) with enough money to buy a really nice house, farm, car and still have enough left over so he doesn’t have to work too hard now. Hearing him talk about his time there is really amazing and when I ask if he wants to go back or live full time in the US he says “No, people in the US work to hard and are only interested in money and things, not family.”
His words, not mine.

Engel, proud of his machete

The farm is possibly the most green, dense jungle I have ever seen and he proudly shows huge amounts cocca growing in the lower lands and young trees up higher that will be exported for timber. In five years one tree will sell for $30, which is a lot of money here. For the rest of the day we hang out in his town, meeting friends and family who are all extremely friendly and welcoming and want to hear all about my travels and life in other countries. The next day we drive into the enormous city of Guayaquil with another friend to buy parts for the bus Engel works on as a ticket collector. The city has a reputation of being very, very dangerous and they tell me time and time again I would not be safe on my own. In fact, I get the distinct feeling neither of them would feel comfortable in the city alone. It’s interesting to watch them roll up the car windows and lock the doors as soon as we get near the city – clearly they are aware of what happens here. It’s a huge city, complete with pollution, traffic and massive billboards plastered with western brands and slogans.
We drive all over town twice, and eventually end up with what we need late in the day. 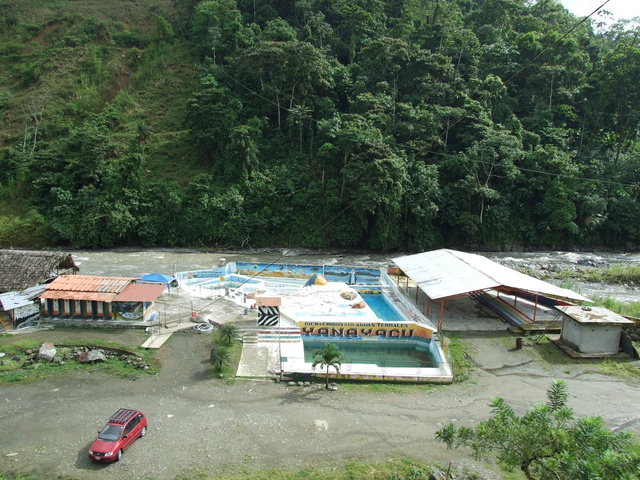 The Hot Spring complex where I camped

Hanging out with Engel is a really great time and only serves to increase my liking for Ecuador.