Further down the road from Khoto lies the Garden Castle National Park. This park sits right at the base of the massive mountains which border Lesotho. The park has endless hiking trails to explore, and even a beautiful campsite on the side of a little river. We have to make a reservation online (easy) and then pay at the little ranger station right at the entrance to the National Park. It’s crazy cheap and simply to hike into the park and spend the night.

We set out hiking, carrying a whole bunch of overnight gear. I don’t have a pack for all of that, so I have a lot of stuff in my hands, which is really unpleasant. When the light drizzle turns to rain I get a bit stressed thinking all my sleeping gear will get wet, but it turns out OK. 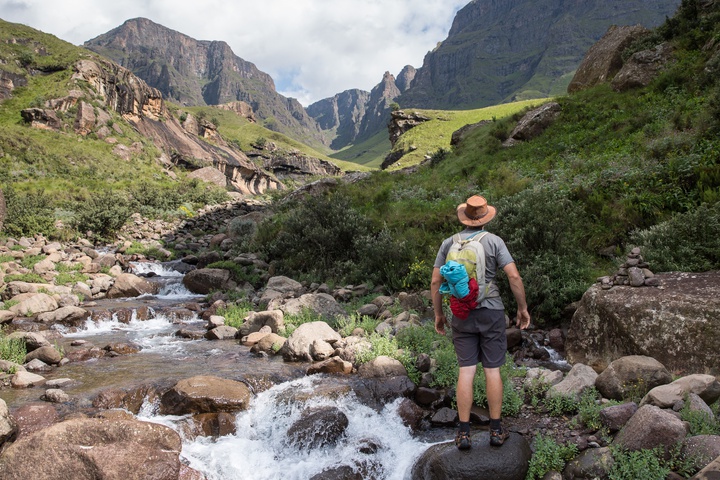 A little river crossing on the trail

For about five hours we steadily climb up the valley, following a beautiful river. At a couple of crossings we manage to rock hop, though at the major one I’m forced to take off my shoes and wade through, always a good way to feel alive.

In the early afternoon we arrive at pillar cave just as the rain really sets in. The cave is a natural formation in the rock, and we’re calling it home for the night. Endless cups of hot tea stave off the cold, and it feels spectacular to crawl into our sleeping bags in the open air of the cave. It’s extremely peaceful and remote, and we genuinely feel like we’re alone on the planet. 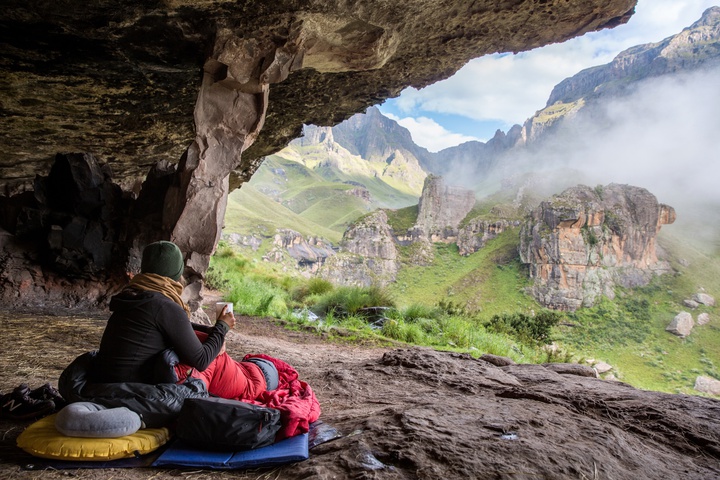 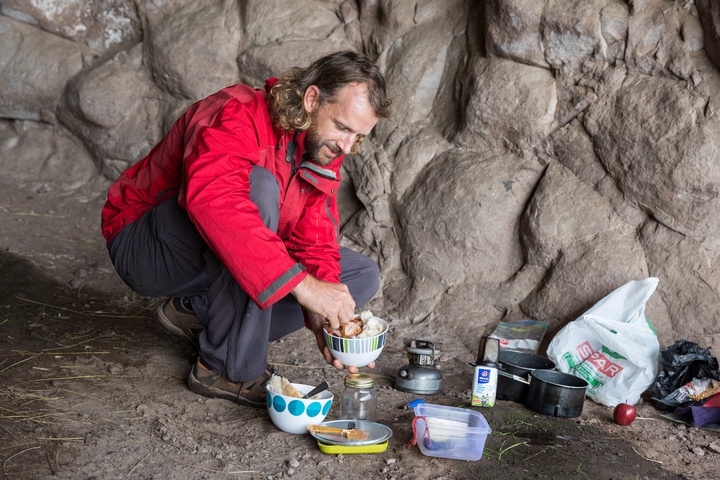 Cooking breakfast in the cave

In the morning we’re up with the sun and after a huge breakfast we stash most of our gear behind some bushes before we hit the trail. Hour after hour we climb, with the trail getting steeper the entire time. We again cross the river a few times, and the vegetation slowly gets less and less dense as we gain elevation.

Towards the very top of the valley a huge rock/landslide has obliterated the trail and after some serious scrambling we find our way and burst out on top of the world – literally. We’re in sight of the famous “Rhino Head”, though it’s swirling in clouds so I can’t be bothered hiking over to it. We sun ourselves and rest while taking in the enormous views all around. Soon we spot herds of sheep and the odd shepherd minding his flock. 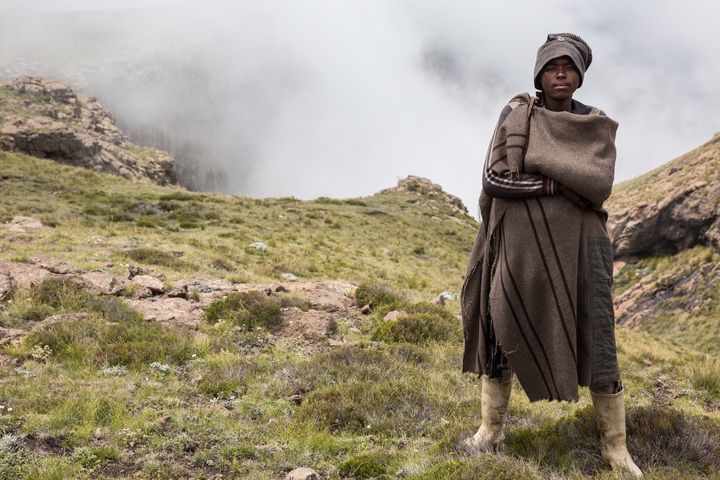 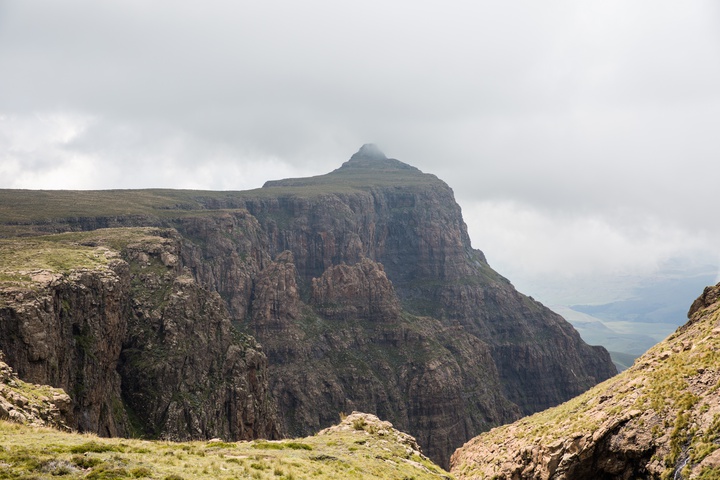 The Rhino’s Head seen from the top of the valley

One wanders over and we start chatting – what do you know, we’ve hiked all the way back into Lesotho! This is actually my fifth time entering the country, though I won’t be getting a stamp for this one. It’s not ever day you can hike across an International Border without Immigration in sight, and we feel really content we made it all the way to the top!

After the long, long hike down we collect our stashed gear, hike to the Jeep and return to Khotso for a hot shower and a night inside by the fire.
From a cave to that – talk about luxury! 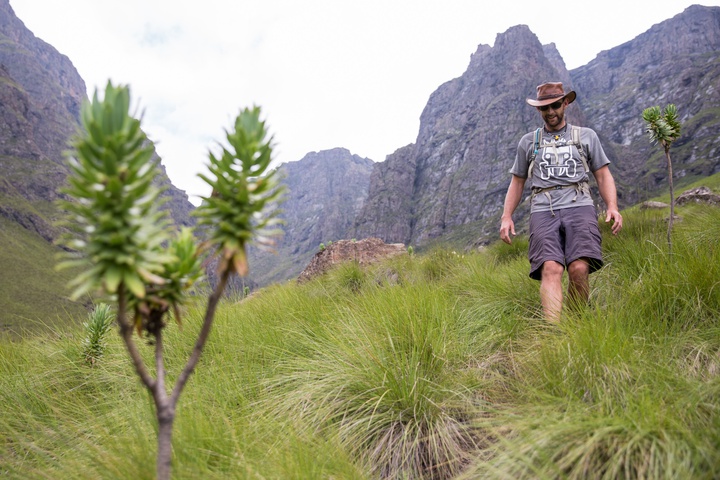 Coming down from the summit behind me

Garden Castle National Park is stunning, and well worth a visit if you are ever in the area!