At the conclusion of any long trip there are always more places you did not visit than the ones you did. Dan’s impressive journey took him to 17 countries and a countless number of cities and towns. But it’s always fun to backtrack a little so that’s what we’re going to do here.

One of the places Dan did not visit while in South America was Brazil. And with the World Cup set to be played there next month, the host city of Rio de Janeiro will be bustling. Over 600,000 fans are expected to flock there for what is the largest single sporting event in the world.

Many people will be taking in the tournament via first-class hotels and transportation. But that’s not the “Dan Way.” So for the frugal traveler/soccer fan who seeks adventure, spontaneity and authenticity, here is a brief guide to how Dan likely would crash the World Cup and how you can too.

Given the world-famous beaches and sexy tourist status, an average hotel room in Rio is expensive any time of any year. During the summer of 2014 with the World Cup being played there? Forget about it. Hotel prices have skyrocketed to an average of 250% above their normal rates—and that’s if you can even find one still available just five weeks from the tournament’s opening match.

Going the hotel route is anything but frugal and besides, it’s likely not the route Dan would’ve chosen if his trip had coincided with the World Cup. Nothing about a high-priced hotel with internet, cable and free breakfast says “adventure.”

Instead, consider this alternative: the favelas, or slums of Rio. These once dangerous areas have been reigned in by Rio’s military police and the rental agency Favela Experience is working with locals to offer beds, rooms and even entire homes to rent during the tournament.

Rooms can be rented for as little as $10 per night and the site only rents rooms in areas with 24/7 military police presence. You’ll have the advantage of a local host to help you navigate the area and you’ll save a fortune while getting a more authentic travel experience than those opting for the touristy beach hotels.

Driving in Rio, especially for an outsider, is a harrowing experience. There is little regard for road safety as traffic signs, stop lights and even one-way streets and sidewalks are routinely ignored by the locals.

For a safer and less stressful alternative, the local bus system is actually quite accommodating because most Brazilians rely on busses to get to work every day. A comprehensive system of routes plus a frequent number of running busses means you can get where you need to go for the equivalent of less than an American dollar.

Taxis are the best option for getting across town in a hurry. A two-mile journey will set you back only about three American dollars and prices can even be negotiated.

This part will not be quite as easy. The average ticket price for Brazil’s opening match against Croatia is over $3,000 while even the cheap seats will set you back around $1,000. Tickets for Brazil’s games are infinitely higher because Brazil is not only the host country but also the favorite to win the tournament according to online sports center Betfair.

Attending one of the United States’ games is a little more feasible and tickets are as low as $200 on the secondary market, according to Forbes.

Of course, you won’t need to attend a match to experience the excitement of the World Cup. Simply being in Rio in June or July will be an adventure in itself. And who knows what might happen once you’re there? As Dan likes to say, “The harder I work, the luckier I get.” 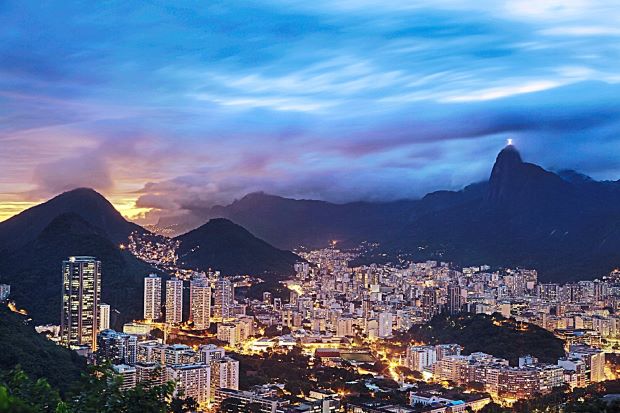