I’m all set to leave La Manzanilla when Jason’s mustang blows a head gasket and he needs my help getting it back to town. What the heck, one more night can’t hurt

We walk for an hour along the beach at night to an old restaurant where a movie is being filmed and Jason is pretty sure he saw Pierce Brosnan there. The filming this night is a long way back from the beach so we can’t see much, and even though the security guard is friendly I don’t want to push my luck, so we turn around to walk home keeping an eye out for any turtles laying eggs – of which there are none.

I finally hit the road late the next afternoon and am immediately driving through beautiful dense green mountains right by the ocean before a quick stop for a re-supply in Manzanillo. I heard about the surfing hotspot of La Ticla from a few different people, the target of today’s drive. I don’t want to be on the road when the sun goes down and the military guys with fully-automatic weapons at the checkpoint are taken aback when I voluntarily stop to ask for directions. They end up laughing at me and I’m relieved to hear it’s only another 20 minutes down the road.

I pull into the campground just as the sun touches the ocean, casting everything in a beautiful orange light. The beachside campground here has tons of Canadians and Americans who’ve made the trip down for the waves, which look nice, if not a little choppy. I had always intended to buy a board sooner or later on this trip, by lately the urge has been wearing off. For one thing boards here are very expensive because they are all brought down from the US. Secondly, everyone keeps asking me “Did you come down to surf?” and I kind of like answering no to that – I feel like surfing immediately puts a person in a stereotype that I don’t really belong in. The ocean is great, but it’s by no means my focus.
Maybe I’ll get a board later. Maybe.

I’ve booked in for a home-stay a long way south near Puerto Escondido and because I stayed in La Manzanilla an extra night, I now have two enormous days of driving ahead of me. I’m on the road at 9am and drive for the first few hours on very windy, steep mountain roads directly next to the ocean. I watch a couple of spiders crawl across the road, and then entertain myself for half an hour thinking about just how big a spider needs to be for me to see it while driving along at 50km/h. Those were some very big spiders.

I roll through Lazaro Cardenas & Zihatanejo without stopping, and begin making my way through an almost endless procession of small towns, with very slow moving trucks and ever-present Topes. A quick 10 minute stop for gas and lunch and I’m back on the road, watching the world roll by. The military presence here is huge, and I’m stopped about every hour for the routine questions of where I am from and where I am going. This is by far the biggest day of driving I have done for the entire trip, and it’s kind of a novelty. I had hoped to make it south of Acapulco before dark, but end up just short of the city. In nine hours of almost non-stop driving I cover 450km – an average of only 50km/h. That’s a pretty good indication of the road conditions, topes, trucks & other obstacles I have dealt with all day. 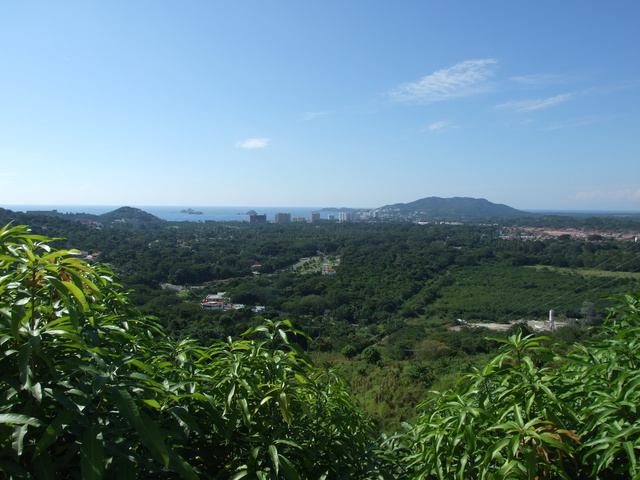 City by the sea

I pull into a hotel and am confused when the girl explains the price to me – per hour. I’ve never stayed in a per hour establishment and it’s all kind of amusing. I have a tiny room with air conditioning, a bathroom with cold shower and a place to park the Jeep for about $15 USD after some serious bargaining on my behalf.

I said I would leave at 6am and am not surprised to be woken by a knock on my door in the early morning. In my sleepy haze I fully open the door, to be greeted by a grimy mexican man who is obviously drunk and reeks of alcohol. At first I’m not sure what he wants, but it becomes all to clear when he first points at me, then himself, and finally the bed, nodding and grinning a toothless grin the whole time. I don’t know how to say “Go away” in Spanish, so I have to rely on the tone of my voice and my body language to get the message across, which doesn’t work so well. I end up physically shoving him out of the way to close and lock the door and he keeps talking through the door anyway.

Needless to say I don’t get any more sleep after that.

My new friend comes back in an hour and tries to offer me a beer, which I obviously don’t want. By the third time I can see the sky getting light outside and so decide I may as well get up and get moving, because I’m not sleeping any more. I’m horrified to learn my new friend actually works at the hotel – he is carrying the sheet of paper with my checkout time on it. By now he leaves nothing to guesswork and his hand gestures confirm what I had previously guessed.
I throw my stuff in the Jeep and get out as fast as I can.

It’s 7am, and within 10 minutes I am in heavy traffic leading into Acapulco, something I had not bargained for. I creep along in first gear for about 45 minutes before I find myself in the city proper at full-on rush hour. Up until this point I have described driving in Mexico as “make-it-up driving” but this is something altogether different. Cars are moving in every possible direction, cars are forcing their way in at merge points, horns and 4-way flashers are a means of communication and lanes and turn signals are completely irrelevant. On a road that allows for two lanes in each direction a momentary lapse in the opposing traffic means the lanes there sit open. Cars from all around me dart over and immediately convert the road into a four lane, one-way street, until they come head-on with traffic and frantically push their way back over. Most intersections don’t have lights or any form of control, so making a left-hand turn is a matter of just going whenever you can physically fit, the other cars seem to just flow around.

I really have no idea where I am going, and basically follow my nose until I see a sign that I need, which seems to work out pretty well in Mexican cities. In the cities themselves there are very few street signs, but as soon as I get near the outskirts the major highways are well signed. Before long I am on the correct highway, which has heavy construction and has turned into a parking lot in both directions. I move less than 1 km in an hour, a fact that everyone around me wants to tell the world about with their horn. The temperature and humidity are rising and all around me cars and trucks are spewing out thick black smoke, making the air heavy enough to chew. A gap opens up and I use the “When In Rome” philosophy, darting onto the wrong side of the traffic barrier and hurtling towards oncoming traffic. To my amazement they move out of my way, and along with a stream of others, we make great time driving on the wrong side of a divided highway, until such time as I come within centimeters of other vehicles pushing my way back in. I can’t be certain if it’s my gringo appearance, the height of the Jeep, or just how things normally work, but cutting people off seems to be a perfectly valid way of getting where you want to go.
I clear the city at 10.30am – three hours after I entered.

The day rolls on much like yesterday, although the novelty of driving has clearly warm off. I can tell I’m tired and pushing a little too hard when I hit two consecutive topes doing about 40 km/h, having not seen them at all. Again I’m driving through beautiful lush green jungle, winding mountain roads and endless little dusty towns. I make the routine 10 minute gas, bathroom and lunch stop and immediately get back on the highway, trying to beat the fast falling sun. 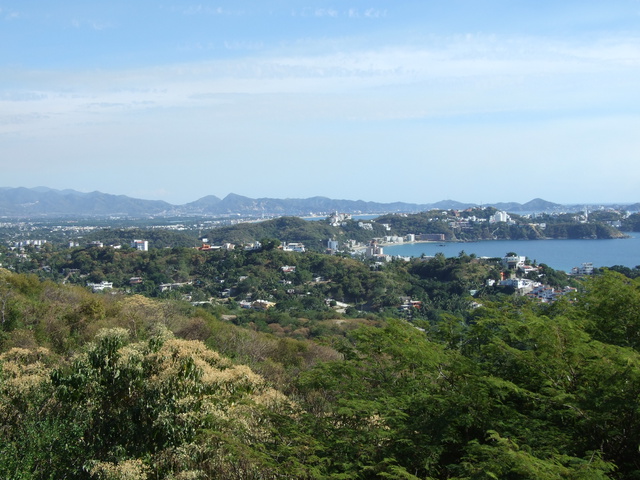 An unknown bay along the way

For the first time the military guys with big guns at a roadblock ask me to step out of the Jeep to search it, and I happily oblige. The whole experience is very friendly and the guard searching speaks pretty good English so we chat the whole time about where I’m from and why I’m driving alone. He is very thorough in his search and smiles broadly when he announces everything is fine and I can move on. I’ve come to like these military guys – they are always smiling and polite and simply go about their business as nicely as possible, which is perfectly fine as far as I am concerned.

Upon arrival at my final destination just before sunset it’s been a 10.5 hour day of driving for another total of 450km. I’m not in any hurry to do that again.

When I see the place I’ll be staying for the next week, I instantly know it was all worth it

I run Royale Purple Synthetic Oils in my transmisison, transfer case and diffs. From $18.95 From CDN$37.95 on Amazon