I have an all-steel Tuffy Security Console to keep my stuff safe. From $580.46 on Amazon

Since setting foot on this Continent I have seen evidence of Chinese construction all over. Never has it been more obvious, and on such a scale as here in Cameroon. The Chinese are making deals with as many African Nations as possible, extracting precious resources (iron, gold, oil, aluminum, you name it) in exchange for their expertise and labor on massive infrastructure projects. These range from roads and railways to hydro-electric dams and generators and deep sea ports. 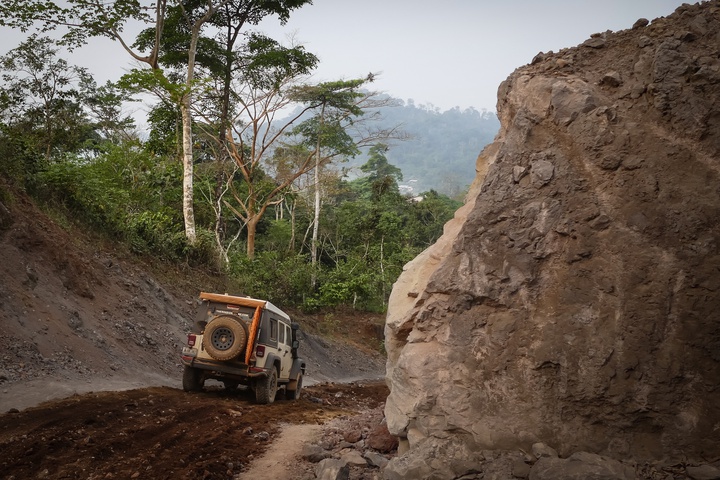 On these road crews it’s always easy to spot the Chinese workers with their large round hats directing and running the show. All the heavy equipment is directly from China, and many projects are accompanied by virtual cities built in the middle of nowhere to house all the workers. The entire area is complete with signs in Chinese.

Here in Cameroon the sheer scale of the projects is immense, like nothing I have ever seen before. Huge slabs of forest have been smashed down to build highways and enormous concrete bridges span rivers that must be raging in the wet season. When driving a completed section it’s eerie to race through the thick jungle with cruise control on 60 miles an hour on a perfect interstate-grade highway. 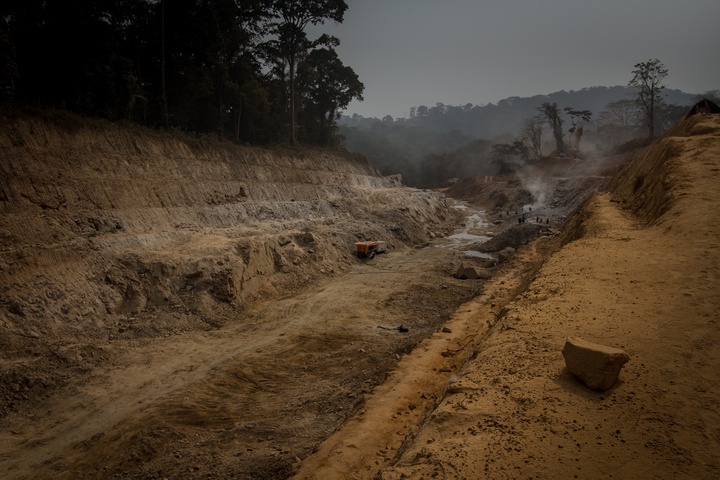 The sheer size of the construction is mind blowing… bigger than anything I have ever seen, anywhere in the world 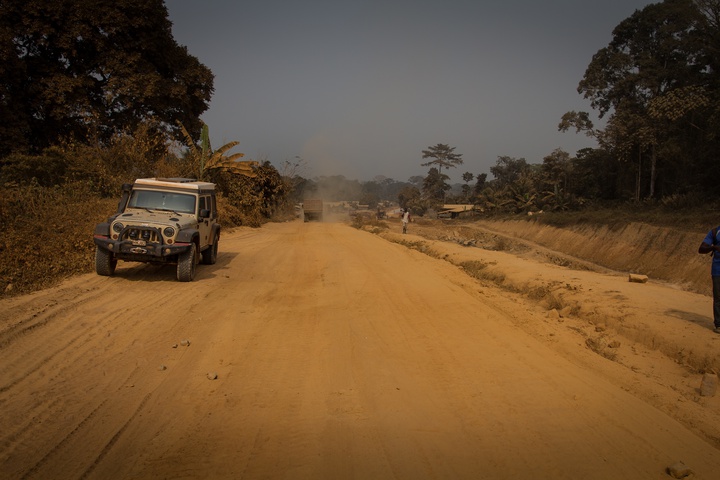 The dust is impressive 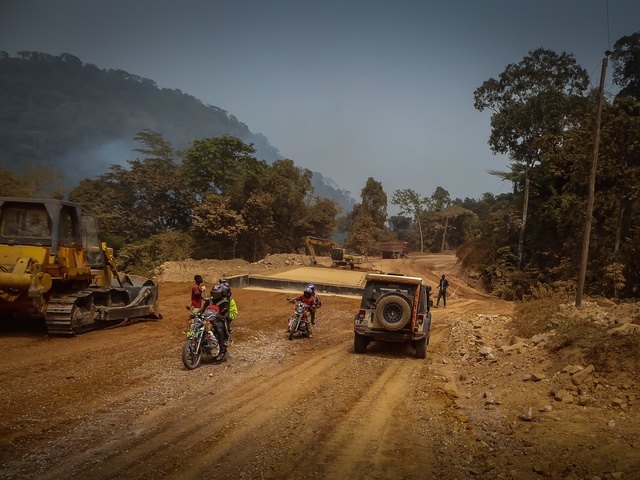 Moving through the construction zone

In one small town I drive through the locals have blockaded the new road and are protesting. I gather the construction has contaminated their drinking water, and they are sick to death of the whole thing, which has been on-going for two years already and has another two to go. One truck driver explains the construction creates virtually no jobs for locals, and any that do exist pay a pittance. 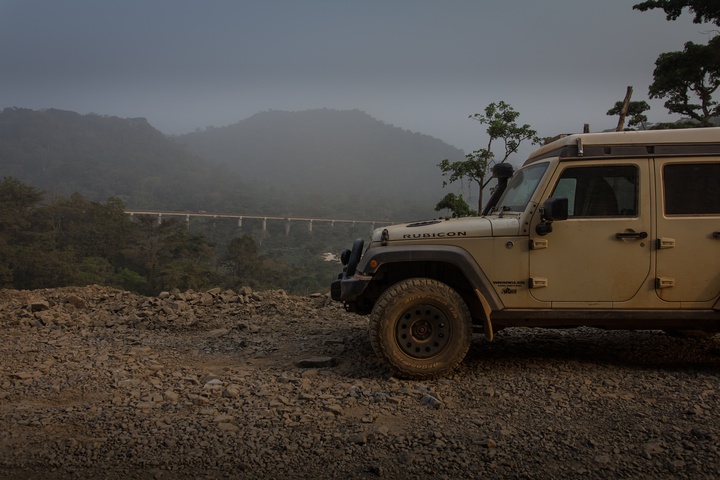 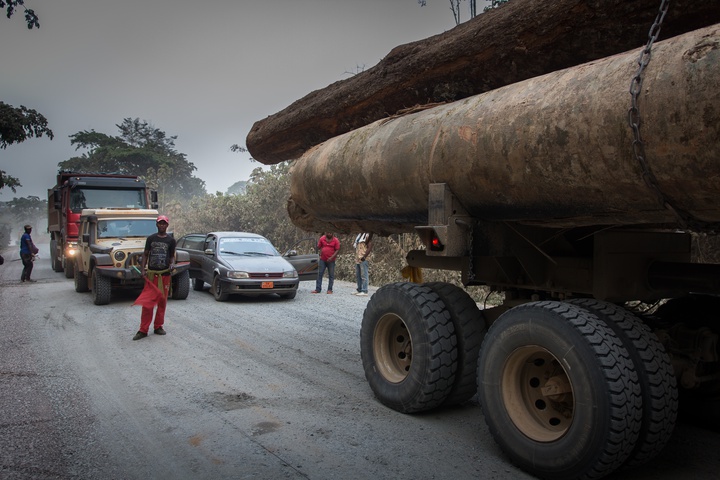 These logging trucks are everywhere, smashing down the jungle

The speed at which China is “building” Africa is staggering, and I hear reports of a new railway in the East that European interests tried to build for decades, without ever being granted permission. The Chinese now have that permission and are building full steam ahead. 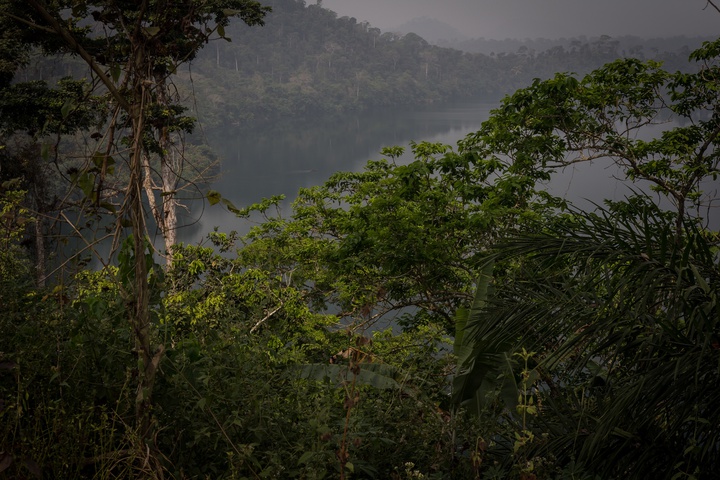 A lake high in the mountains that took some finding 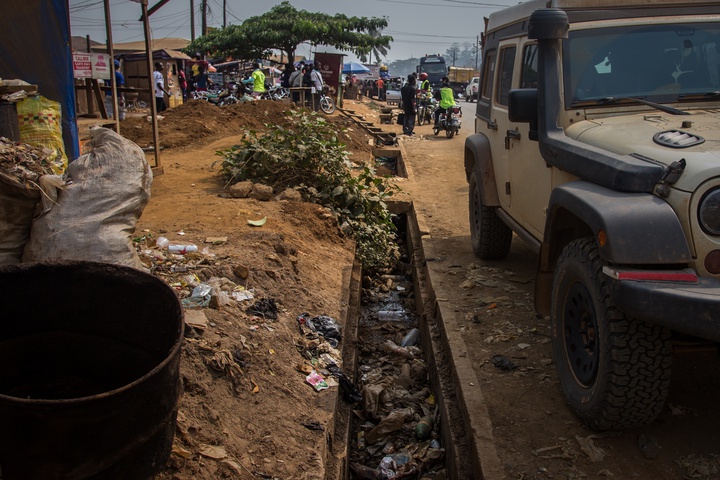 A typical town in Cameroon, trash on every single surface, open sewer

I wonder how different this part of the world will look in ten years.

Crossing The Congo: Over Land And Water In A Hard Place
by Mike Martin, Chloe Baker, Charlie Hatch-Barnwell
From $29.74From CAD$52.04From £17.99 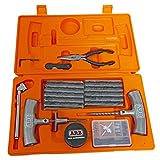 An ARB Tire Repair Kit means I won't be stranded. From $click From £125 on Amazon