Across The DRC Day 3 – Luozi

With a lot of waving and distracted kids, we leave the school buildings behind and continue our Eastward journey. Shockingly the torrential rain during the night has not changed the road much. A few long stretches are soggy and we leave deep ruts in the mud, but certainly not a nightmare, and nothing we can’t handle. 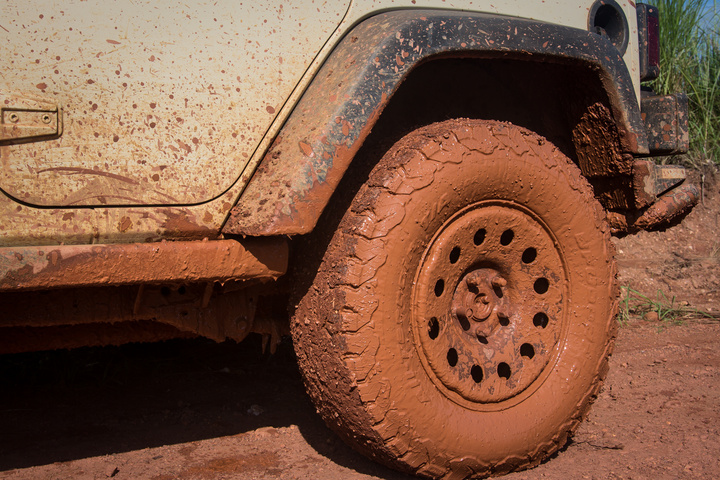 The BFG KO2s are eating up the mud!

Sometimes before midday, we find ourselves in the extremely famous town of Luozi. Set just back fro the mighty Congo river, this town is famous for the ferry we can use to cross the river. This particular crossing has been used by Overlanders since the beginning of time. In the middle of town we soon find Customs, where a friendly man is happy to sort out our paperwork. He has obviously seen foreigners before, and everything is easy. 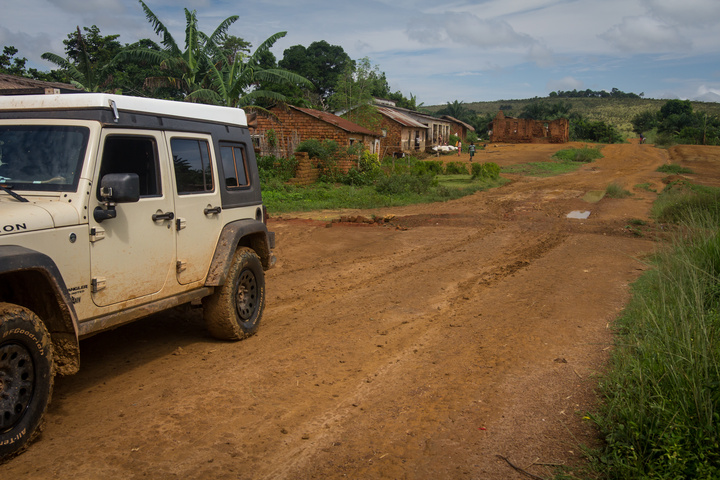 A typical village on the road

Soon a very large and imposing man makes his presence felt. Towering over me, and much wider across the shoulders, his immaculate army uniform adds to his seriousness. His black boots are polished to a high shine, and his pants are meticulously tucked into them, in true army style. He tells us his is the Immigration man, and we must follow him to his office.
He does not smile.

At his office we are made to wait while he yells at his off-sider, yells at his assistant and generally makes his presence felt. Immediately I sense this is a show put on for our benefit, and continue to insist we don’t speak a word of French.
Slowly and meticulously, he reads every single page of each of our passports, before eventually taking out forms and starting the whole entrance process. These are exactly the same forms we filled in at the border, though he does not care about that.

Just as he finishes up the form for my friend, he holds onto it and the passport and says it will cost $10 US Dollars. We have come expecting this, and politely say that we don’t actually need these forms, or his services – thanks anyway. When we explain the entrance stamps in our passports he is a little dumbfounded, and clearly is unhappy that we are not reliant on him. I can tell he really does not know what to do, and he hesitates.
My friend reaches across the table and takes his passport, something the big man does not like one bit. Calmly, and without raising his voice he demands the passport be returned, and then lectures us about how they are his and it is wrong for us to take them without his say-so.

After more waiting another form is filled in, and again the man asks for $10 US Dollars. Again we say thanks but no thanks,  to which he does not hide his shock. Before filling in a form for me, the Immigration man decides there must be something wrong with my visa, and so calls in his off-sider. In French they discuss the start and end dates, validity and length. He is sure there is no such thing as a one month visa, and so it must be a fake. He is also throughly confused about the difference between “issue date” and “start date”, and his off-sider actually has to count out the months on his fingers before the big man realizes it is still clearly within the validity date.

Stack of bills. He had tons of Euros and USD too

Reluctantly, he finally fills out my form, before again asking for $10 US Dollars. We all sit back in our chairs, making it very clear we have all the time in the world.
With little choice, he eventually hands over the passports and bids us farewell. With thanks all round we quickly drive away before he can change his mind.

While driving back across Luozi it occurs to me that if I were casting a B-Grade movie and needed a “very mean African warlord”, this is the perfect guy for the role. 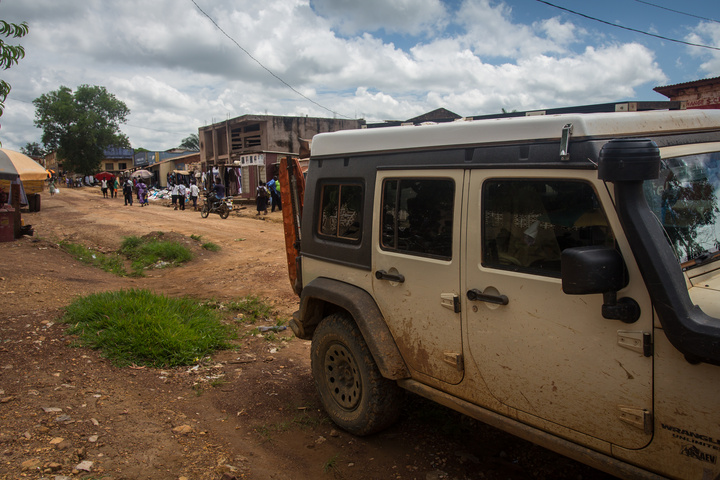 In the town itself we wander around the market and chat to some locals, attempting to get supplies. Unfortunately the bread has sold out for the day, and the shrivelled vegetables do not interest me. I am happy to exchange some money and get local DRC notes, and the guy changing it is as friendly as always. When I ask for directions, he simply drops his stack of bills on his chair and walks through the market with me, completely un-concerned about the thousands of dollars sitting in the open. Again, he knows there is no risk of theft. 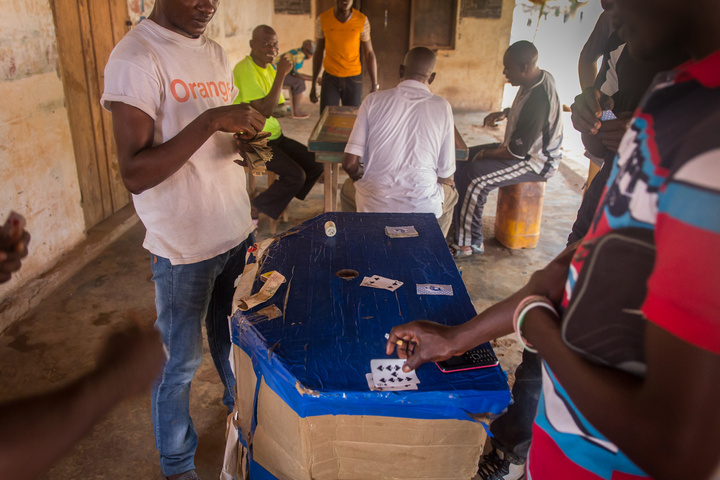 Betting fast and furious on cards

We buy lunch in a road-side restaurant – which turns out to be a tin of canned soup on pasta – and chat to some friendly drunk guys betting on a fast-paced card game. There is no official gas station here, though a guy on the side of the road has huge drums, and sells gas and diesel for 1,500 Congolese Francs a litre (around $4USD / gal). I have been watching my consumption like a hawk, and I am fairly confident I will have enough. I also suspect the quality from the drums is not great, and so I don’t buy any.

Done in Luozi, we head out of town, aiming directly for the mighty Congo River. 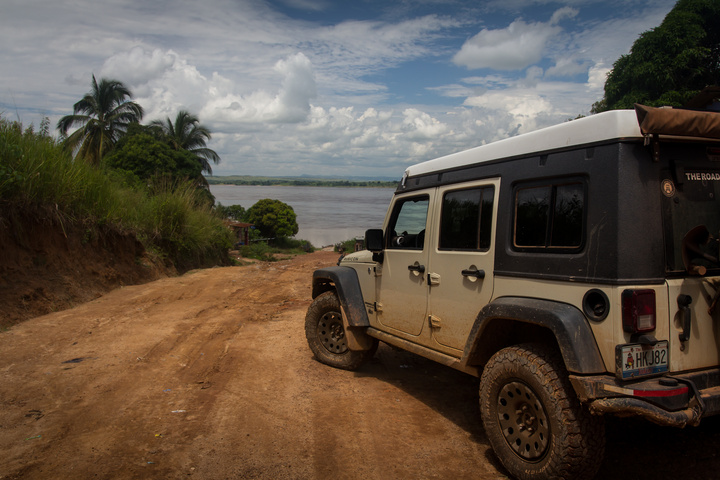 At the mighty Congo River

I run Royale Purple Synthetic Oils in my transmisison, transfer case and diffs. From $18.95 From £29.95 on Amazon