I make my way down to Popayán for the last night of Semana Santa (Easter) celebrations, a city renowned for having the largest festivities in Colombia. Thousands and thousands of people are packed into the city centre to watch the parade, which winds it’s way around the city center before finishing at a grand church. It’s led by a couple of marching bands playing lively tunes followed by men carrying extravagant floats. The floats are obviously extremely heavy so the entire parade moves forward for thirty seconds then pauses for two minutes to give the men time to rest. It’s a great atmosphere and many friendly people approach me just to ask where I am from and if I like Colombia, etc.
Yes, I like Colombia very much, thank you.

Camping on the side of the road

After a couple of days I collect another hitchhiking backpacker and move east intothe mountains past Parque Nacional Puracé, a spectacular road that winds past a sulphur mine and a few hot springs and waterfalls. I don’t feel like paying the $10 park entrance fee, so don’t hike Volcán Puracé or visit the hot springs. The road gets steeper and narrower the further we go until we are literally winding our way along a single lane track with a 40 meter drop to a ranging river below. A massive truck approaches from the opposite direction so I move over as far as possible, while he advances in the very middle of the road. He does not move over at all, and even yells at me when we are level. As he roars off he hits the back of the Jeep, luckily only catching the very end of the rear bar, denting it and bending it off square.
I don’t know what that’s all about. 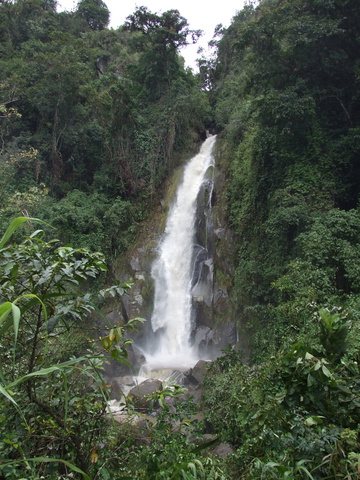 We camp on the side of this small road in the middle of beautiful green mountains and move on early the next morning to the tiny village of Tierradentro. After paying the $8 entry fee for foreigners to enter the archeological park we set out to hike a loop that joins five sites dotted around the valley and surrounding hillsides. Very quickly we appreciate what a great place we’ve found – it’s a beautiful sunny day and we’re surrounded by lush green mountains dotted with farms and little houses.

The green valley of Tierradentro

The area was inhabited by agricultural precolombians from 1000 BC to 1900 AD with the main evidence of that being various tombs dotted across the landscape. At each site a caretaker escorts us around the various tombs, which are reached by insanely steep concrete stairs that descend into the darkness. Some of the tombs have faces carved into the stone and patterns painted on the walls making them extremely beautiful. 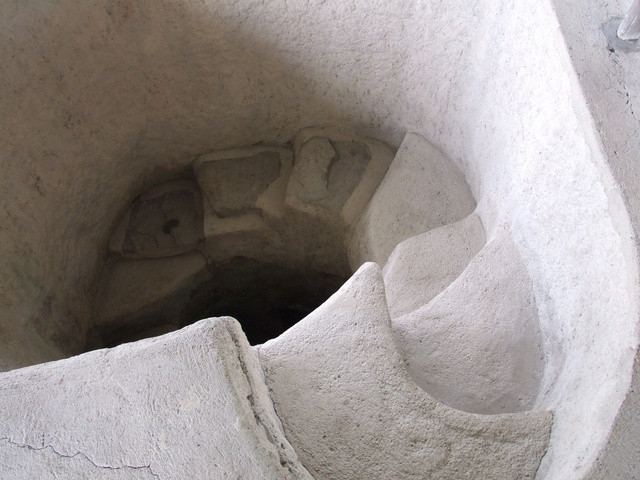 The stairs down into the tombs were insane 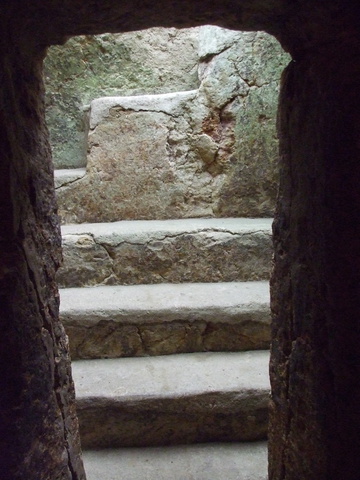 Looking out of a tomb at Tierradentro

The highlight for me is the hike to the site called ‘Alto del Aguacate’, which winds through countless little farms on the side of mountains and after some serious climbing ends at the top of a ridge with 360° views. It’s a huge day of hiking and we love it. I bumped into Vince & Marie, my friends I shared a shipping container with, in Salento and find their Land Rover here in Tierradentro as well. Before long we are enjoying laughs over dinner and set up our tent in torrential rain. 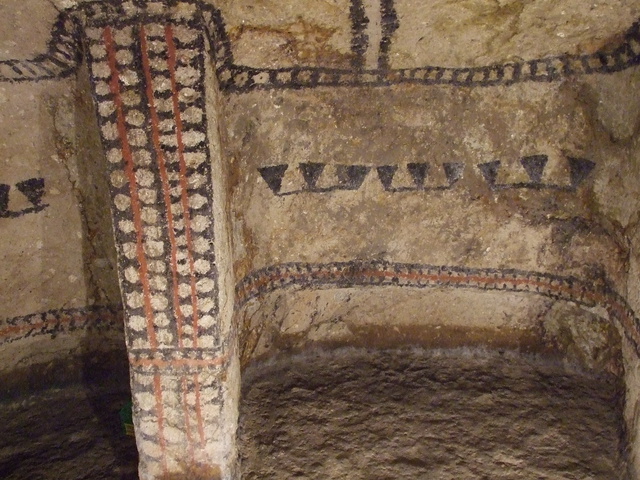 Painting inside a tomb 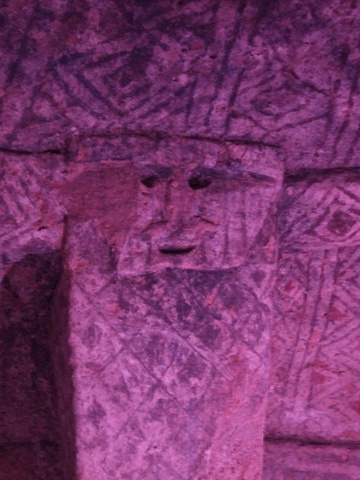 We thought the faces were transformers at Tierradentro 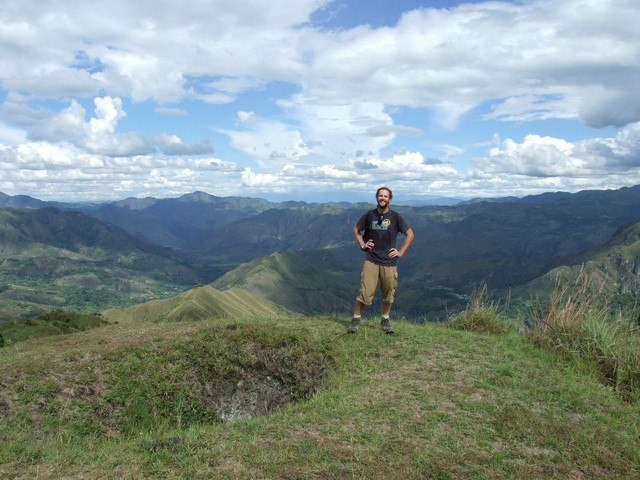 On top of the world at Tierradentro

The next morning we head out in a convoy along the narrow, windy roads only to find the road to civilization has been washed out overnight. After chatting to a bunch of locals we come up with a plan and set out on some very crazy roads. Over the next few hours we cross a couple of impressive and sketchy bridges and drive on some of the most remote roads of my entire trip. It’s great to be so far off the beaten path and locals are genuinely amazed to see us as we roll through tiny little villages. 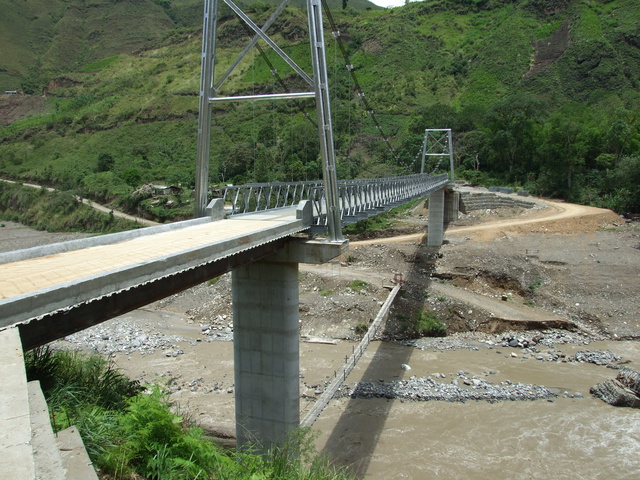 They build some impressive bridges in these parts 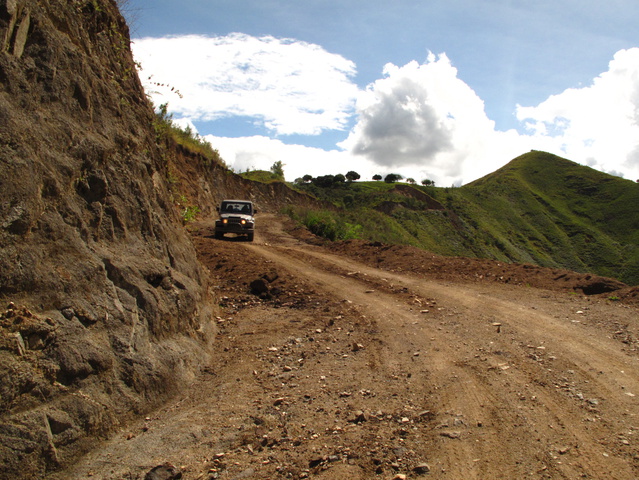 The remote roads in Colombia 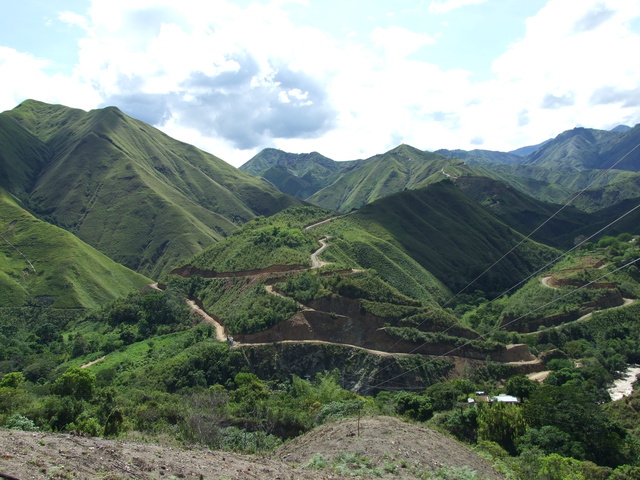 The road through the mountains we drove down 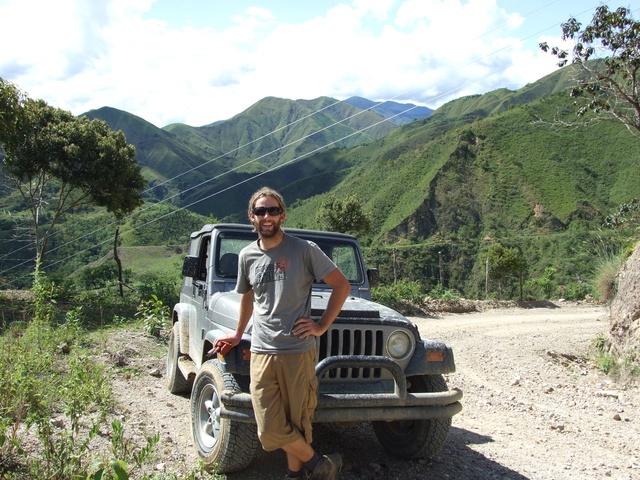 Driving through the mountains of Colombia

It’s great to travel with Vince and Marie again and I feel like anything is possible when we are together.

Pet vulture and child, together ?!?