My Bolt 6' Cable Lock keeps everything on my rear bumper safe using the Jeep ignition key. From $29.24 From CDN$51.99 on Amazon

Mopar Steel Wheels are great because they can be smashed back into shape if damaged. From $221.34 on Amazon

I’ve always thought one of the hardest things about constantly being on the move is constantly saying goodbye. Leaving The Secret Garden Cotopaxi is absolutely no exception. I’ve made some great friends over the last four months who I’m really going to miss. Five minutes before leaving I mention it’s a shame I won’t get to see some of the changes we’ve started to work on around the place, and off-hand the boss says “You’ll be back one day”. My reply comes very naturally “Yeah, I will.”
I sing songs to myself out loud while driving away to try and force a smile on my face.

The road to Peru

I move south to the familiar town of Baños, where I spend a couple of nights at La Casa Verde, an extremely peaceful eco-hostel run by an Aussie and a Kiwi.
Further south I checkout the Incan ruins at Ingapirca, a site Ecuadorians are extremely proud of. It’s a wonderful lazy afternoon wandering around in the sunshine and striking up a conversation with some locals I learn of a planned road-closure for tomorrow. The local indigenous people are again unhappy with the government and are going to blockade all roads in and out of the area for 72 hours, starting at midnight. I’m told they will make no exceptions for me as a foreigner and my tires will be slashed if I try to push my way through. 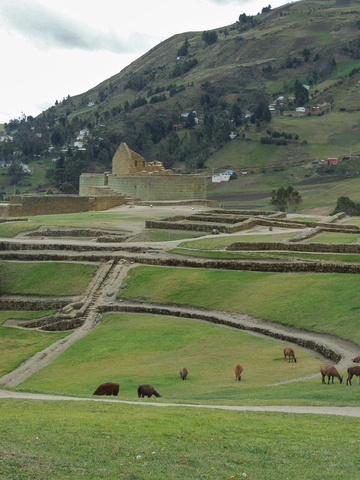 In the morning I’m almost disappointed to see no signs of any road closures whatsoever after such a big build up. Maybe next time.
Late in the afternoon I arrive in the sleepy village of Vilcabamba, famous for ‘trapping’ visitors with it’s beautiful scenery and friendly atmosphere. After hanging around the town square for a while I learn of The Rumi-Wilco Eco-Reserve, an extremely beautiful place to camp, and go there immediately to setup my tent.
The following day I hike way up into the cloud-forest that surrounds the town, very close to the remotest of all National Parks, Podocarpus. Every statistic I’ve ever heard about this place blows my mind. For example, there are more species of orchids in the park than the rest of the world put together. The list goes on. 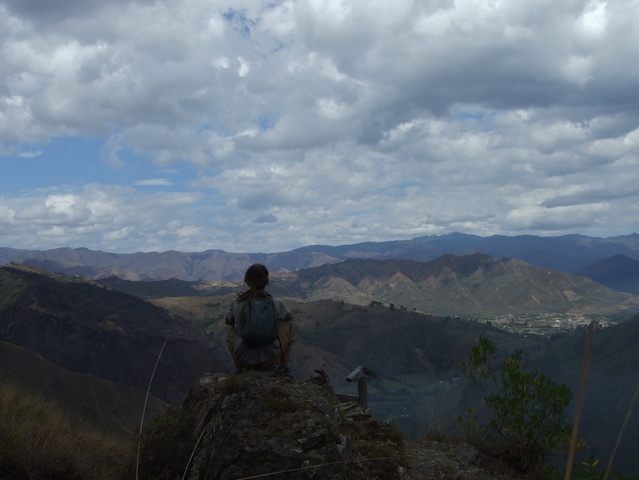 The cloud forest near Podocarpus

To avoid getting ‘trapped’ I leave early the following morning and even still strike up an hour long conversation with the guy who runs the book exchange. When he invites me to stay I all but run to the Jeep, him laughing and telling me about how great of a place it is the whole time.

Over 50 years old, going strong with the original motor

For my last night in the country I find a beautiful little spot by a river, not too far from the border to setup my tent. I’m amazed when I look in my passport and see I’ve been in Ecuador just over five months. Wow, that five months went really quickly. 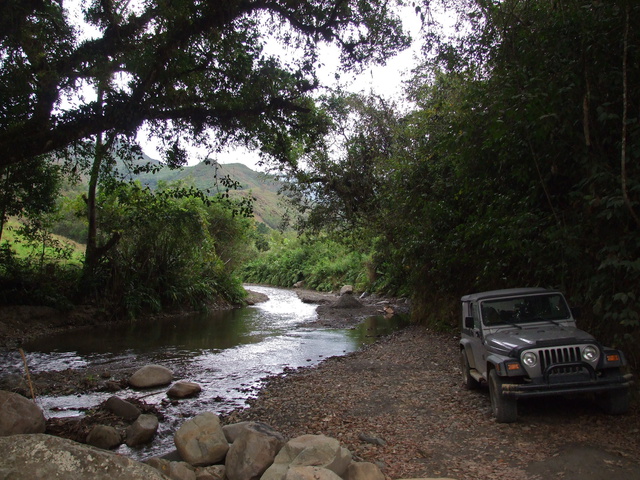 The final campsite in Ecuador

Time for a new country